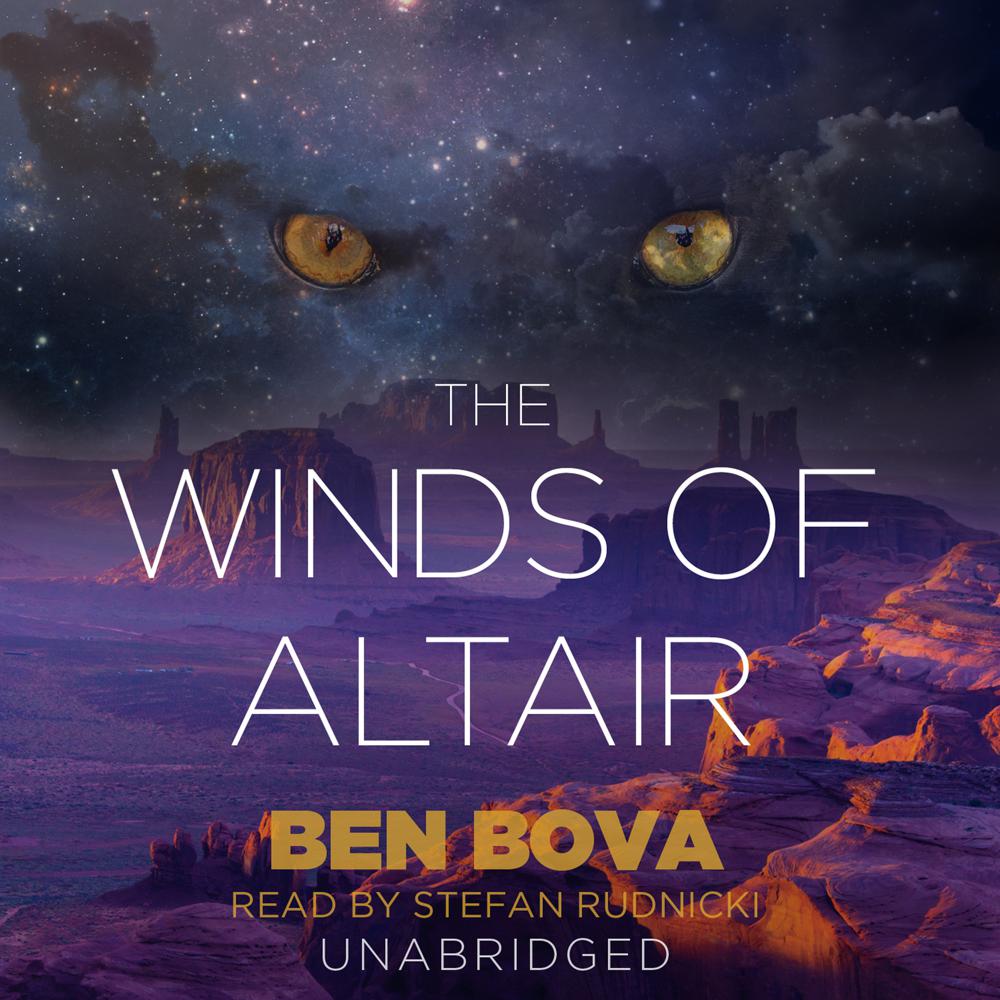 Earth is an old planet, and her teeming masses are running out of resources—and time. It is up to men such as Jeff Holman to discover a haven for Earth's millions. Altair VI is one such planet, and Holman is determined to transform this world into one where the human race can survive.

Star probes long ago informed Earth that Altair VI had a flourishing ecology with one very tough beast at the top of the food chain, one that will have to be dealt with before the human colony ships arrive. The beast is not only tough, it is as smart as a man.

Holman is faced with a soul-wrenching decision—for to make Altair VI habitable for humans, all native life must die.

“Avatar, like most sci-fi films, lets us see with our eyes what the great writers of science fiction long since imagined and wrote down in words. Nowhere is this clearer than with Ben Bova’s The Winds of Altair—this is the book to read in order to understand the heart and bones of the story Avatar tried to tell.”

“Stefan Rudnicki’s deep, serious voice is a perfect match for a sci fi tale that focuses on the moral dilemmas that arise when humans attempt to conquer the planet Altair VI to escape a dying earth. He breathes life into the various characters, giving them unique qualities and convincing accents…This story is just as fresh today as it was in 1983, when it was first published. Rudnicki’s melancholy tone builds suspense and leaves listeners with food for thought.”