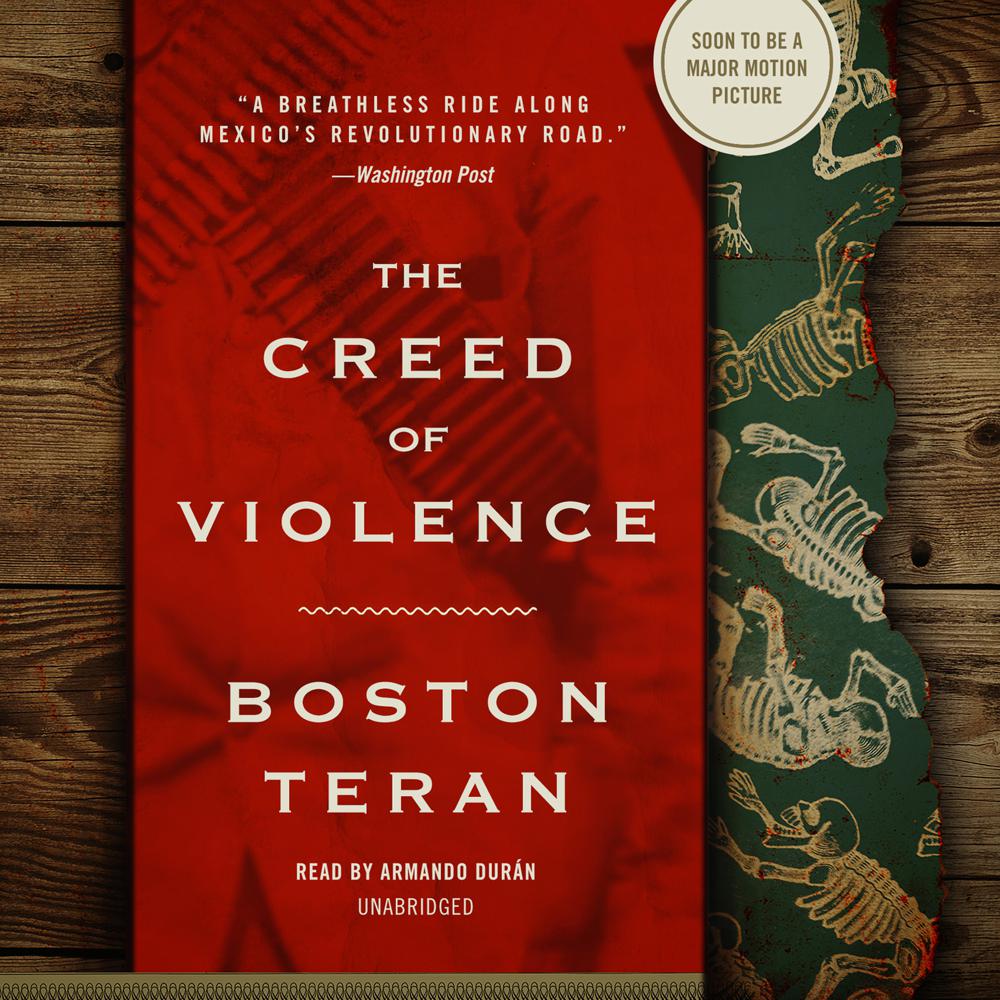 Mexico, 1910. The landscape pulses with the force of the upcoming revolution, an atmosphere rich in opportunity for a criminal such as Rawbone. His fortune arrives across the haze of the Sierra Blanca in the form of a truck loaded with weapons.

But Rawbone's plan spins against him, and he soon finds himself at the Mexican-American border and in the hands of the Bureau of Investigation. He is offered a chance for immunity, but only if he agrees to proceed with his scheme to deliver the truck and its goods to the Mexican oil fields while under the command of Agent John Lourdes. Rawbone sees no other option and agrees to the deal—but he fails to recognize the true identity of Agent Lourdes, a man from deep within his past.

Set against a backdrop of intrigue and corruption, The Creed of Violence is a saga about the scars of abandonment, the greed of war, and America's history of foreign intervention for the sake of oil.

“A brutal and often stunningly brilliant novel…Teran excels at creating memorable characters and building dramatic tension to a fever pitch as a parade of killers, corrupt officials, victims, and victimizers passes through. This is a masterful page-turner.”

“Father and son share a sharp wit, cunning instinct and thirst for adventure that make this spy mission the very definition of a thrill…An intelligent page-turner.”

“Teran’s considerable skills sneakily transform his characters, who use language like a concealed weapon. His Rawbone, a raconteur straddling the gutter between the old West and belle époque, is a Manila line braided with wit, cold-blooded efficiency, and a surprisingly expansive soul—a romantic cynic too wise to misinterpret derision for insight. The hallucinogenic epic he traverses with young John Lourdes produces one of the most exciting literary pairings since Fagin met Twist.”

“The Creed of Violence is a terrific story and beautifully written. It works as a story about imperialism, and it’s also a touching tale of fathers, sons, and one very bad man’s attempts at regeneration. But most of all it’s exciting and tense and you’ll probably read it, as I did, in one great sitting.”

“The man can flat out spin a yarn.”