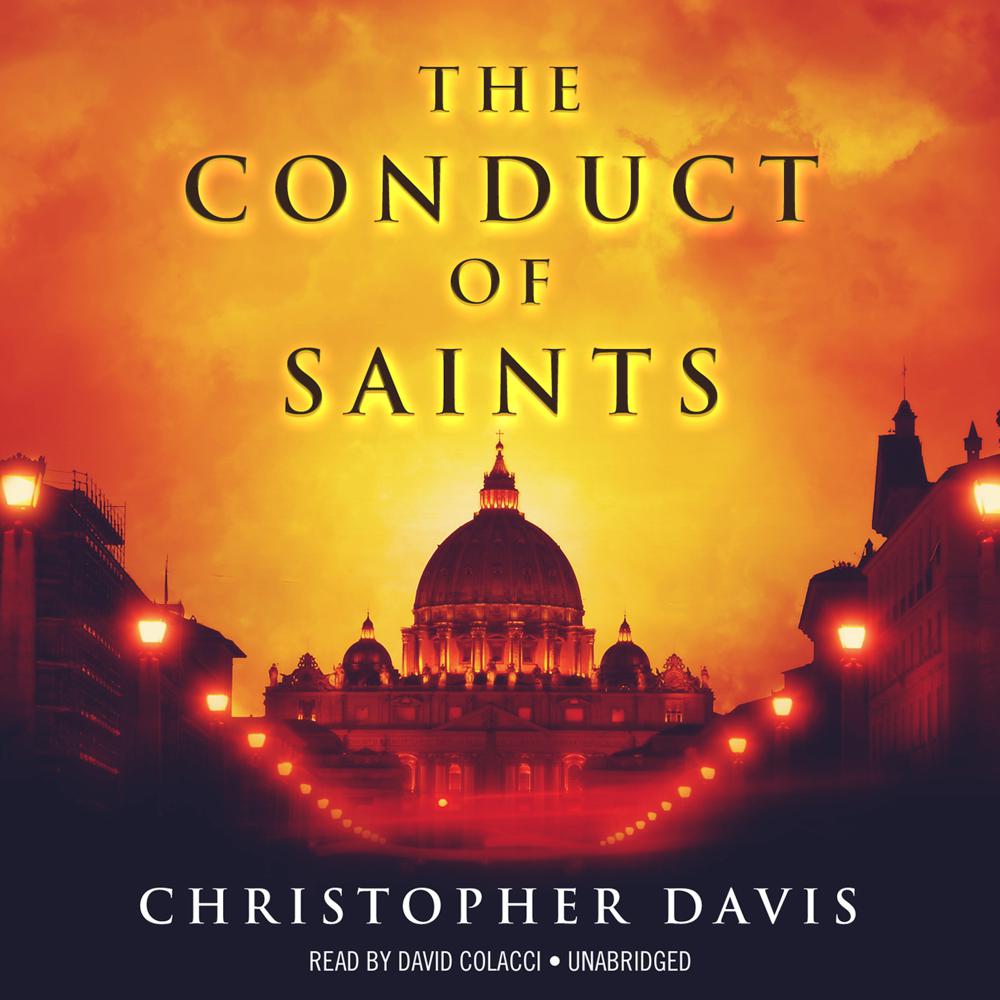 The Conduct of Saints portrays a battleground on which power, God, sex, and the devil collide in the impoverished city of Rome during May and June of 1945.

The German occupation of the Eternal City has ended, the war in Europe is over, the atomic bomb has yet to fall on Japan, and Rome is under the jurisdiction of the victors: the American, British, and French Allied Control Commission.

An American Vatican prelate and lawyer, Brendan Doherty, is involved in two crusades. Abhorring capital punishment, he means to avert the execution of the Nazi collaborator Pietro Koch. Also, as devil's advocate, Doherty intends to prove the hypocrisy of Alessandro Serenelli, the man who forty years before murdered Maria Goretti. Converted by a vision, Serenelli has spent his life, in prison and out, promoting the beatification of his victim.

Doherty—memory tormented, hard drinking, both angry and compassionate, a moral street fighter for what he is sure is right—feels guilty for having done too little to save the city's Jews from Auschwitz. He engages in his causes and quarrels with Rome's pre–dolce vita, postwar society—people both fictional and historical, like Alessandro Serenelli, Maria Goretti, Pietro Koch, Pope Pius XII, and film director Luchino Visconti—until he comes to a reckoning with himself and with the serene, unshakable saint-maker Serenelli.

“The Conduct of Saints is a compelling, complex, character-driven story. The writer draws us into the halls of the Vatican, into the spartan and isolated or secretly lavish quarters of its troubled inhabitants, into the inner circle of people who can buy their way in and out of critical situations.”

“The Conduct of Saints captures the time and the place; it is a profoundly atmospheric novel. More important, it presents an unforgettable cast of characters. Once again Davis’ work commands our attention.”

“Historical fiction, set in Rome in 1945 during the fraught post-war period. With many characters based on real figures, including Pope Pius XII, this book has elements of a thriller…A strong example of an uncommon type of historical fiction, appealing to readers who like to see guilt punished or forgiven.”