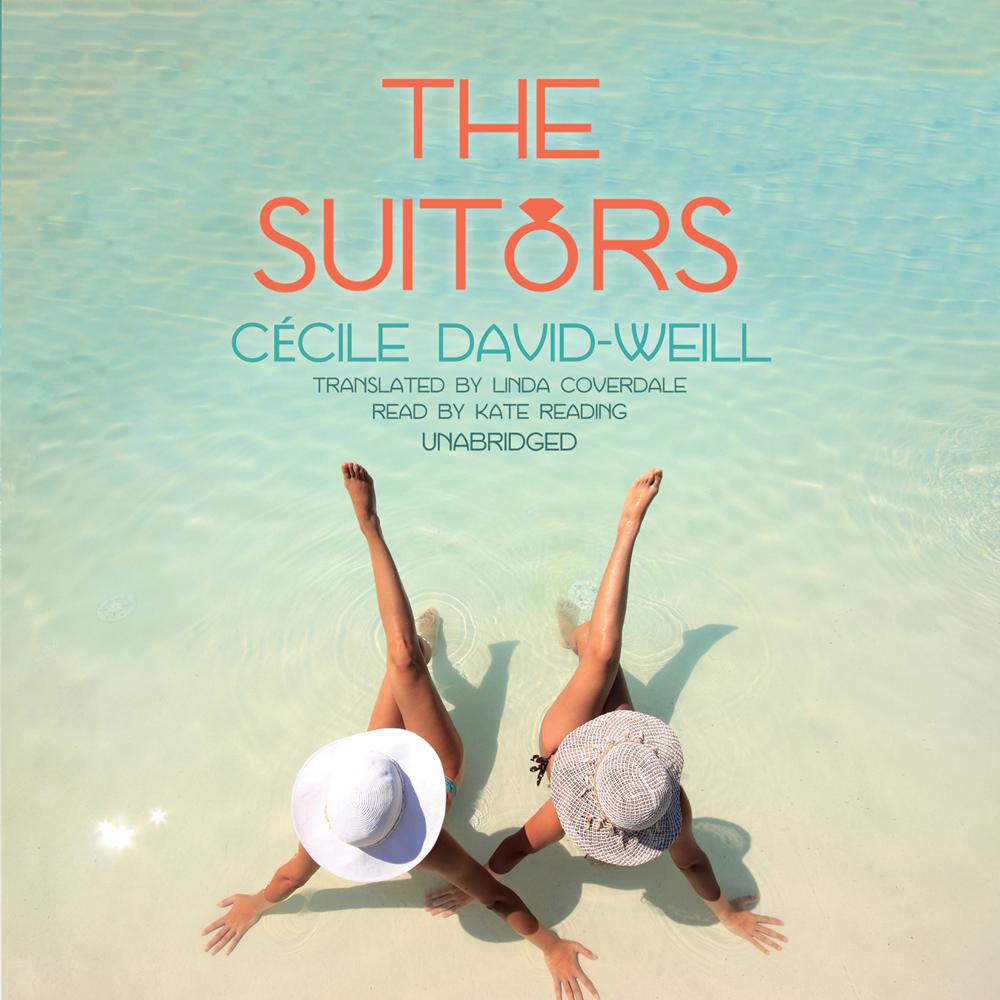 After sisters Laure and Marie learn of their parents' plan to sell the family's summer retreat, L'Agapanthe, they devise a scheme for attracting a wealthy suitor who can afford to purchase the estate. Selling it would mean more than just losing a place to go during the summer: for the sisters, it's become a necessary part of their character, their lifestyle, and their past.

L'Agapanthe, a place of charm and nostalgia, is the perfect venue to exercise proper etiquette and intellect, though not all its visitors are socially savvy—especially when it's a matter of understanding the relationship between old money and the nouveau riche. The comedy of manners begins, with stock traders, yogis, fashion designers, models, swindlers, the Mafia, and a number of celebrity guests.

Laure—the witty, disarming, and poignant narrator—guides the listener through elegant dinners, midnight swims in the bay, and conversations about current events, literature, art, and cinema. The Suitors is an amusing insider's look at the codes, manners, and morals of French high society.

“A charming peek behind the curtain of French high society as only the ultimate insider can. Cécile David-Weill’s novel is a delicious romp and I loved reading it!”

“Cécile David-Weill’s delightful novel of manners is a witty mix of wisdom and tongue-in-cheek humor touched with a decadent zest of Frenchiness. Irrésistible!”

“Laure is disarming and witty, and serves as a charming guide who takes us inside the world of the very rich—and the no longer so.”

“What Downton Abbey would be like it it were set in the South of France during our current century…Pick up this smart novel de charme immediately.”

“A lighthearted comedy of manners set in one of the fanciest spots of the French Riviera…The Suitors sets out to be a farce and a frolic, but throughout there is an undertone of nostalgia and wistfulness for a disappearing way of life.”

“The idea of this ‘behind closed doors’ among the ultrarich is excellent and merciless in its charms…We can imagine seeing the film, and the realization is brilliant: it’s Vanity Fair meets Rules of the Game. You laugh a lot, you try to guess who is who, and you learn useful things.”

“[A] delightful rendering of L’Agapanthe, an old French family’s summer estate on Cap d’Antibes dedicated to the art of gracious living…David-Weill draws readers in as graciously as any good hostess, but because of her personal background—she comes from an old-monied French family who vacation on Cap d’Antibes—readers may wonder if this is a roman à clef and will likely try to play a who’s who guessing game.”

“Ah, L'Agapanthe, that beauteous summer home in the south of France where wealth is without question and the discreet, proper manners of another era predominate. Laure and Marie have summered there since childhood with their parents, Flokie and Edmond Ettinguer, enjoying carefully arranged weekends (no journalists) that are so legendary new guests need not be given the address…Deceptively charming and delightful, this novel by the French American David-Weill portrays class issues and changing mores with the kind of intelligent taste that would make the Ettinguers proud.”

“Combining a sociologist’s eye for class nuances with wit as dry and sparkling as the best Champagne, Cécile David-Weill has drawn a meticulously observed, wickedly funny portrait of the 0.001 percent…The result is a sharply perceptive and addictively amusing insider’s look at today’s super rich—a direct heir to Edith Wharton’s and Marcel Proust’s portrayals of an earlier Gilded Age, and destined for a classic status all its own.”

“A deliciously intimate look at the hijinks of the tres, tres rich on the Cote d’Azur. I laughed on every page, but don’t be fooled. The Suitors is above all a meditation on the inevitability of change.”

“Cécile David-Weill gives readers an insider’s tour of the French upper classes frolicking in a grand villa on the Cote d’Azur…Beneath the hilarious portrayal of intellectuals, film stars, and the aristocratic elite is the poignant story of two sisters caught in the nostalgic longing for their childhood summers and a precious way of life. Like those sweet French macaroon cookies, this is a novel you will delight in until the very last page.”

“An entertaining and beautifully observed glimpse into the rarefied lives of the French one percent. Imagine Downton Abbey transported to a chic house in modern day south of France.”

“A charming comedy of manners set at a country estate in the South of France, apparently one of the few places in the world where anyone still has enough manners to make a comedy about.”