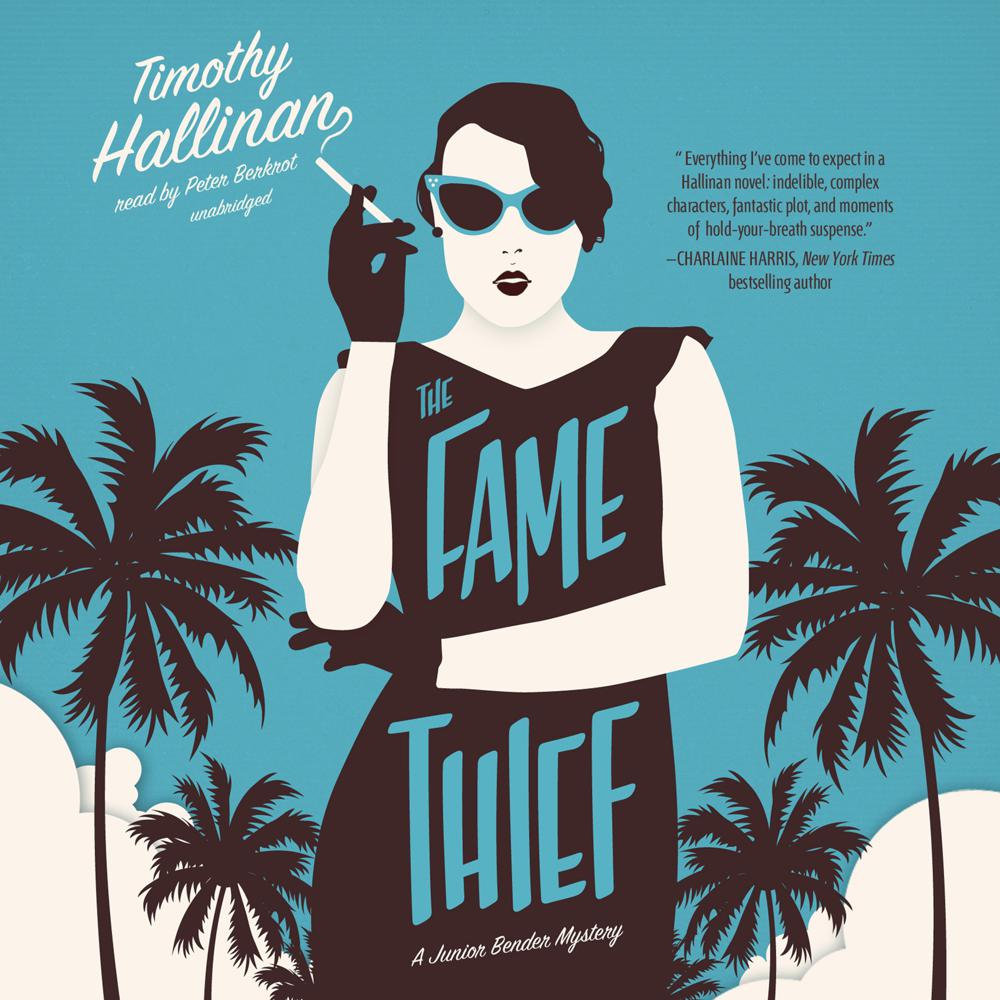 There are not many people brave enough to say no to Irwin Dressler, Hollywood's scariest mob boss turned movie king. Even though Dressler is ninety-three years old, LA burglar Junior Bender is quaking in his boots when Dressler's henchmen haul him in for a meeting. Dressler wants Junior to solve a crime he believes was committed more than seventy years ago, when an old friend of his, once-famous starlet Dolores La Marr, had her career destroyed after compromising photos were taken of her at a Las Vegas party. Dressler wants justice for Dolores and the shining career she never had.

Junior can't help but think the whole thing is a little crazy. After all, it's been seventy years. Even if someone did set Dolores up for a fall from grace, they're probably long dead now. But he can't say no to Irwin Dressler—no one can, really—so he starts digging. What he finds is that some vendettas never die; they only get more dangerous.

“The Fame Thief has everything I’ve come to expect in a Hallinan novel: indelible, complex characters, fantastic plot, and moments of hold-your-breath suspense.”

“Could not stop laughing. Tim Hallinan is sharp as a blade, has a wicked eye for human nature, and keeps the reader guessing and rooting for Junior Bender all the way.”

“In Hallinan’s satisfying third Junior Bender novel, the LA burglar/PI continues to excavate show business’ forgotten past, investigating in this installment the also-rans of postwar Hollywood…Hallinan de-emphasizes the series’ dark humor and recurring characters…offering instead convincing flashbacks to Dolores’s early Hollywood adventures and a sincere look at her eternally deferred Hollywood dreams.”

“Hallinan’s natural storytelling skills will hold readers rapt through his Shakespeare-quoting, five-act tale as they relish his attention to Los Angeles cultural details and ability to weave two time periods together so effectively. This third series entry manages to keep it simultaneously playful yet empathetic.”

“The real draw here remains the fast-talking, quick-thinking Junior, a slightly seedier but equally entertaining version of Lawrence Block’s Bernie Rhodenbarr. If comic crime is your thing, you need to know Junior Bender.”