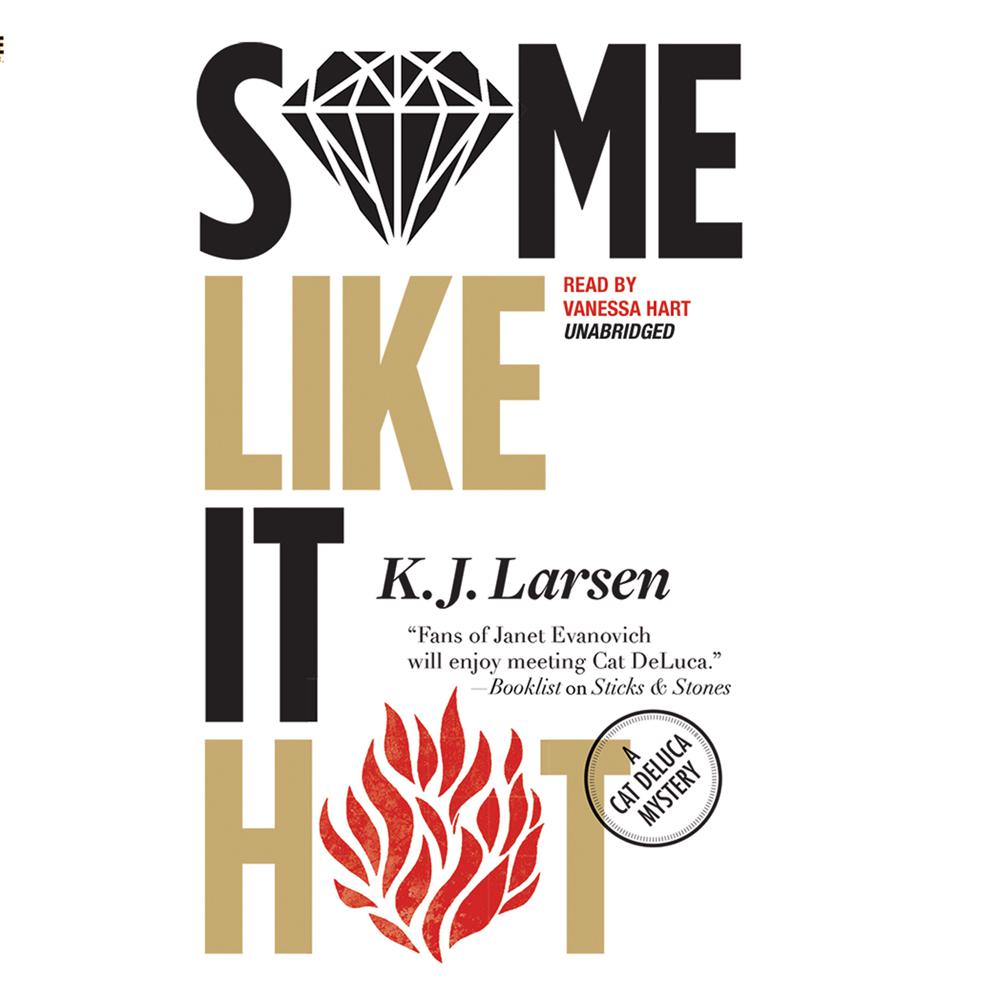 When an old friend buys a trench coat and opens his own detective agency, PI Cat DeLuca sees a train wreck coming. Everything Billy Bonham knows about being a private eye he learned from Humphrey Bogart. And that's just enough to make him dangerous.

The bungling detective is in way over his head on a case involving murder and a stolen pair of Marilyn Monroe's dazzling diamond earrings. His outrageous client, Cristina McTigue, is pursued by men who want her dead. Five minutes after meeting the woman, Cat would cheerfully kill her too.

When Billy is gunned down on the street, it's up to Cat to save his crazy client and nail a murderer. She soon finds herself knee-deep in trouble, dodging bullets and chasing diamonds. Before it's over, she'll have to look for help from her sexy FBI boyfriend, a hunky ex-spy, her outrageous Italian family of Chicago cops, and even her interfering mama.

With a cast of zany characters and a pace that's unrelenting, K. J. Larsen serves up another laugh-out-loud Cat DeLuca caper.

“When a hometown boy turned shamus is killed, Cat DeLuca stops investigating liars and cheats and concentrates on finding a murderer…With her gun-toting sidekick, Cleo, Cat’s ready to do what it takes to get justice for Billy…The characters are sassy as ever.”