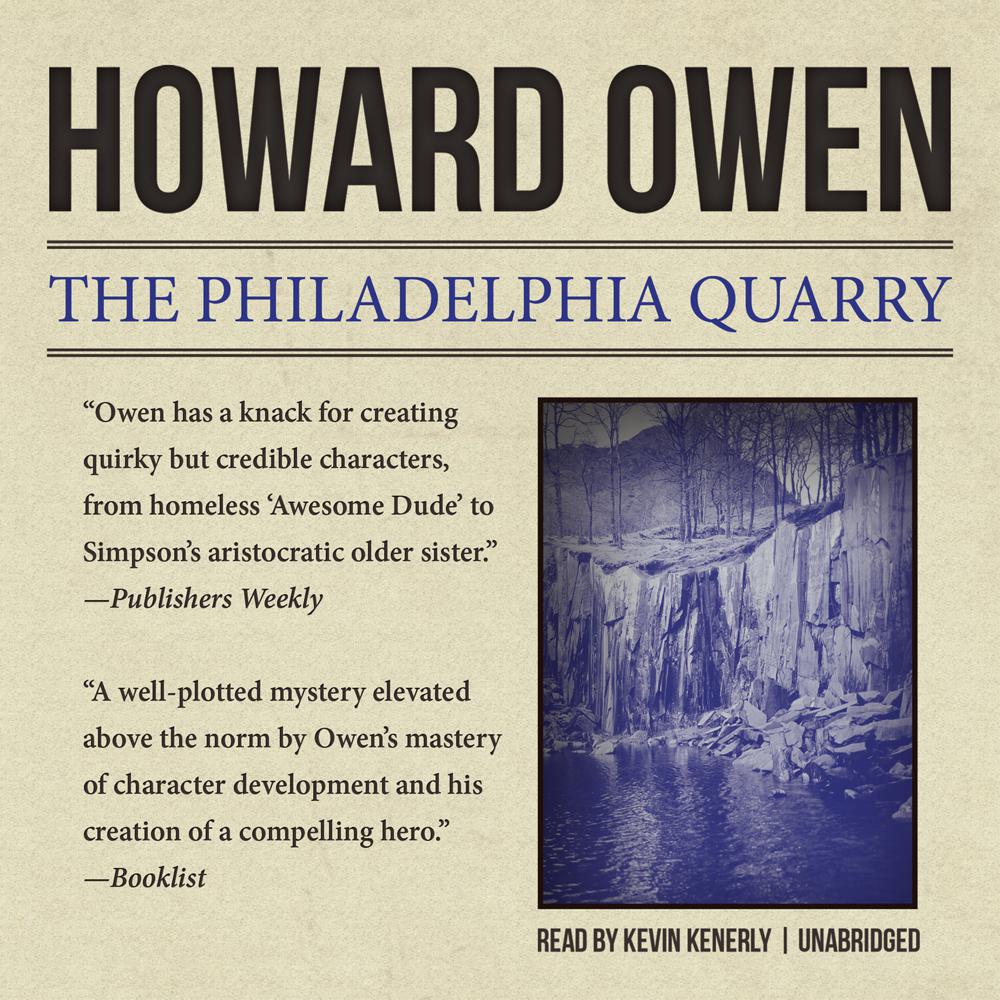 Black is back. Willie Black was last seen, in Oregon Hill, risking the final tattered remnants of his checkered career—and his life—to free a man almost everyone else believed guilty. Willie's still covering the night police beat with its violent drug deals and dirt naps, still avoiding the hawk that periodically swoops down to pluck away a few more of his colleagues in a floundering business. He still drinks too much, smokes too much, and disobeys too much. The only thing that keeps him employed is that he's a damn fine reporter. Even his beleaguered bosses would concede that.

Willie finds himself neck-deep in a part of Richmond that a boy growing up in Oregon Hill could only experience through illicit midnight sorties to the city's most exclusive swimming hole. The Quarry was where Alicia Parker Simpson identified Richard Slade as her rapist twenty-eight years ago. Five days after DNA evidence recently freed Slade from the prison system in which he had spent his adult life, Alicia Simpson was found shot to death.

Almost everyone thinks Slade did it—who can blame them?—but Willie has his doubts. And when the full weight of the city's old money falls on him, trying to crush the story, he becomes even more determined to chase the thing that always seems to get him into trouble: the truth. That Richard Slade is his cousin and a link to his long-dead African American father only makes Willie that much more tenacious.

In the end Willie will be drawn back to the Philadelphia Quarry, where it all started so long ago and in whose murky waters the truth lies.

“Owen is particularly good at character development and takes a familiar race and class struggle plot to a new level. His second entry featuring crime reporter Willie Black (after the Hammett Prize finalist Oregon Hill) is a stellar mystery deserving of a wide readership.”

“Richmond, Va., reporter Willie Black proves himself a dogged, flawed, and tarnished knight of the Fourth Estate…Owen has a knack for creating quirky but credible characters, from homeless ‘Awesome Dude’ to Simpson’s aristocratic older sister.”

“Willie Black is an old-fashioned reporter who acts on the belief that journalists should ‘comfort the afflicted and afflict the comfortable,’ even when his bosses disagree with the notion. Narrator Kevin Kenerly nails the character, with all his gruffness and preference for truth over popularity…Kenerly’s performance is so good you can taste the whiskey and smell the unfiltered Camels. The whole book relies on mood, and Kenerly delivers plenty.”

“Narrator Willie, who charmed readers in Oregon Hill, is a hard-drinking, old-style newsman who still takes notes with pen and pad and takes his chances with the powers-that-be to get at the truth. A well-plotted mystery elevated above the norm by Owen’s mastery of character development and his creation of a compelling hero.”

“A quick-flowing crime drama that will have fans eager for Willie Black to right another injustice.”