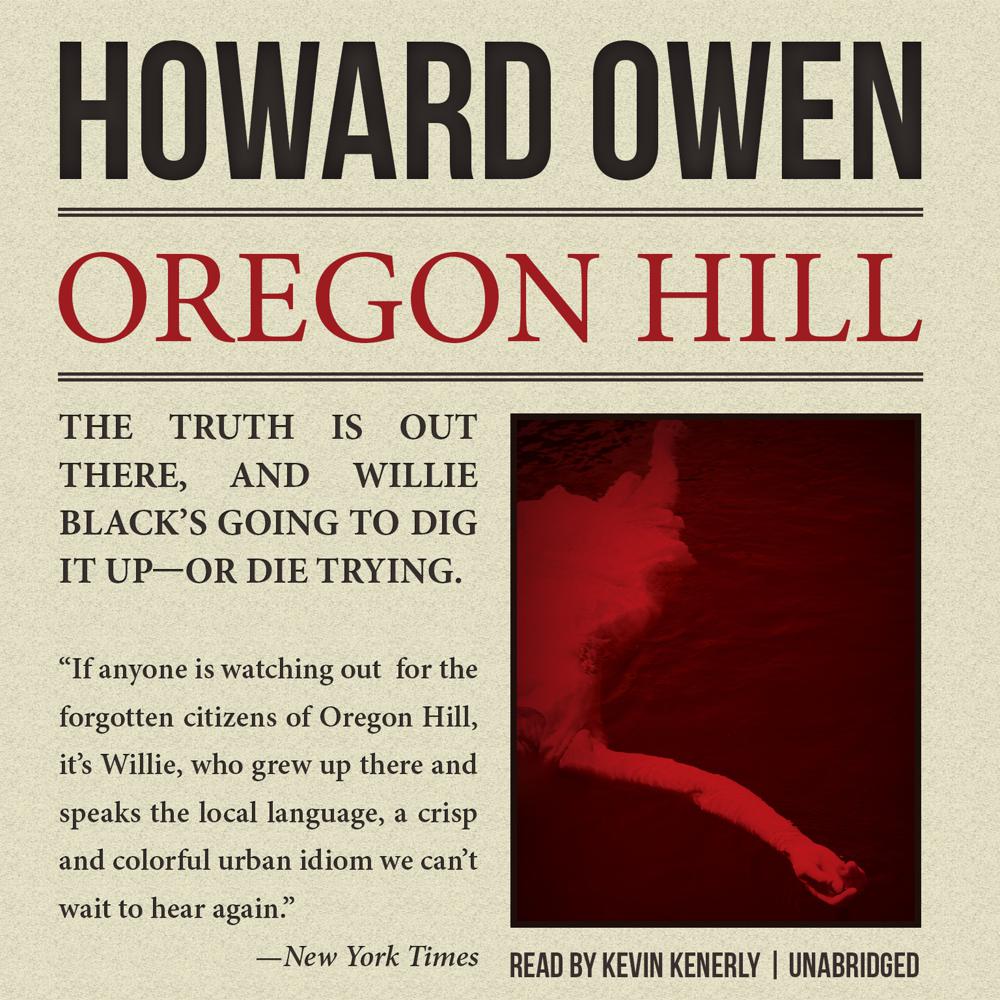 Willie Black is a newspaper reporter who has squandered a lot of things in his life—his liver, his lungs, a couple of former wives, and a floundering daughter can all attest to his abuse. He's lucky to be employed, having managed to drink and smart-talk his way out of a nice, cushy job covering—and partying with—the politicians down at the capitol.

Now he's back on the night cops beat, right where he started when he came to work for the Richmond paper almost thirty years ago. The thing Willie's always had going for him, though—all the way back to his hardscrabble days as a mixed-race kid on Oregon Hill, where white was the primary color and fighting was everyone's favorite pastime—is grit. His mother, the drug-addled Peggy, gave him that if nothing else. He never backed down then, and he shows no signs of changing.

When a coed at the local university where Willie's daughter is a perpetual student is murdered, her headless body found along the South Anna River, the hapless alleged killer is arrested within days. Everyone seems to think the case is closed. But Willie, against the orders and advice of his bosses at the paper, the police, and just about everyone else, doesn't think the case is solved at all and embarks on a one-man crusade to do what he's always done: get the story.

On the way, Willie runs afoul of David Junior Shiflett, a nightmare from his youth who's now a city cop, and awakens another dark force, one everyone thought disappeared long ago. And a score born in the parking lot of an Oregon Hill beer joint forty years ago will finally be settled.

The truth is out there, and Willie Black's going to dig it up—or die trying.

“If anyone is watching out for the forgotten citizens of Oregon Hill, it’s Willie, who grew up there and speaks the local language, a crisp and colorful urban idiom we can’t wait to hear again.”

“Oregon Hill is a wondrous trip into the world of sarcastic newspaper reporters, bad cops, and murder most foul. Having worked as a newspaper reporter, Mr. Owen writes in a captivating voice, his acute observations granting authenticity to the bullet-speed pace of the story. Newspaperman Willie Black is masterfully created, ink and dark humor coursing through his hardboiled veins. It is hoped that this is the beginning of a series of books staring Willie and crew. Bring on the sequel!”

“Oregon Hill could serve as a textbook for a sub-genre that might best be called Southern noir. It hits all the stations of the noir cross, but unlike a lot of noir, it empathizes with the suffering that a hard-boiled world inflicts. Owen doesn’t skimp on the hard-boiled stuff, though…Hard-boiled fans will enjoy Oregon Hill. It’s fast, surprisingly intricate, and often grim.”

“Off-beat characters such as peripatetic drifter Awesome Dude and Owen’s spot-on take on the slow death of a newspaper (shrinking pages, repeated staff cuts, on-line presence, blogging, etc.) add ballast. The deft and surprising plot builds to a satisfying ending. Readers will hope that Willie will soon return in a sequel.”

“Humor, tragedy, and compassion make for an intriguing mix in Howard Owen’s Oregon Hill. Owen, author of moving literary novels here focuses his talent on Willie Black, a crime reporter whose coverage of a Richmond, Virginia, murder almost gets him killed…Owen’s voice here is perfect—casual but pointed. A reporter himself, he delivers up newsroom slang by the bucketful. He’s also deft at revealing the jaundiced eye reporters develop after a few years on the job…But the main character of Oregon Hill is the newsroom itself. Like so many newsrooms across the country, it’s dying a slow death, losing reporter after reporter. Willie Black knows the ax will fall on him someday, and like the rest of them, he plans to go out with a drink (or 12) and a skin-flaying wisecrack.”

“Owen knows his setting, his dialogue is spot-on, and his grasp of the down-and-dirty work of the police and news reporters lends authenticity to the narrative. This is Southern literature as expected, with a touch of noir, and with a touch of Dennis Lehane’s Mystic River. Willie Black deserves a sequel.”

“Place and culture play such a vital part in this mystery, the question is not so much who-dun-it as what-isn’t-he-telling and how-does-he-know. The narrator’s voice is convincing throughout and the characters leap from the page. Acts of remembrance, compassion, and love are redefined by accident, choice, or conviction. And the reader is pulled into the realities and compromises of an imperfect world, made just perfect enough in this story to carry the weight of hope and a future.”

“While the narrative is certainly compelling, what gives Oregon Hill a degree of heft is its commentary on the fate of print journalism in the digital age…Reminiscent of Carl Hiaasen’s Basket Case, Oregon Hill is as smart as it is thrilling, a true literary page-turner.”