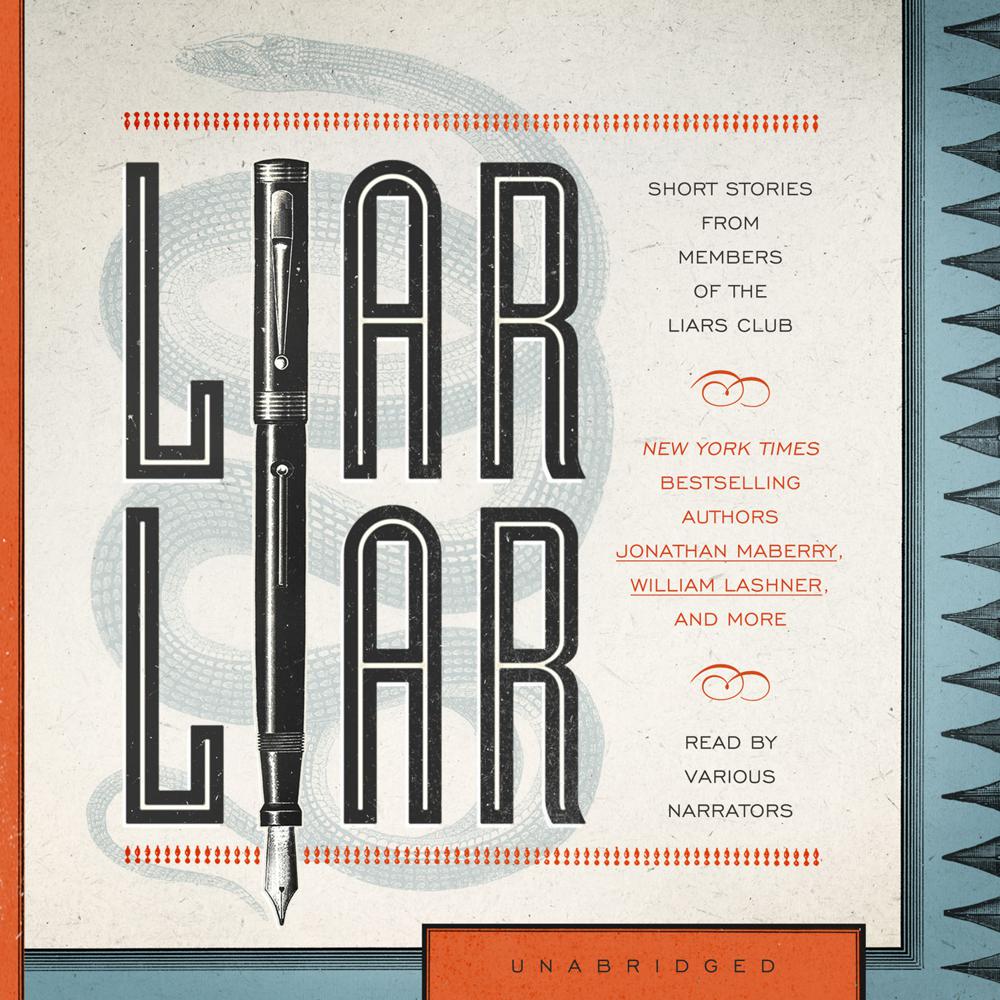 "Lying is essential to good storytelling. Daily, we writers sit at our computers—or legal tablets or Underwoods—and write down a bunch of untruths, piling one on top of the other, page after paltering page. We compound them, massage them, edit them, spin them, cut-and-paste them, until we're satisfied that, despite how outlandish or otherworldly these lies are, you, the reader, will swallow them. "In that, we're like politicians. Except that we're spared the hassle of running for elected office."—Sandra Brown

In this gripping new audio collection you'll find fifteen tales of deceit and deception, perjury and prevarication, falsehoods and fibs, spun by some of the finest liars in the business:

"Mad Science: A Joe Ledger Adventure" by Jonathan Maberry"The Gateway" by Solomon Jones"Shuffle" by Kelly Simmons"She Looks Just like Her Mother" by Edward Pettit"Choosing Teams" by Don Lafferty"What I Did" by Marie Lamba"Bliss" by Merry Jones"Under the King's Bridge" by Keith R. A. DeCandido"Doe Run Road" by Dennis Tafoya"What Lies Between" by Keith Strunk"For Love" by William Lashner"The Return Trip" by Jonathan McGoran"So Coldly Sweet, So Deadly Fair" by Gregory Frost"The Truth-Telling" by Stephen Susco"Two Guns in Liar's Canyon" by Chuck Wendig

A portion of the proceeds from this audio collection will benefit literacy programs.