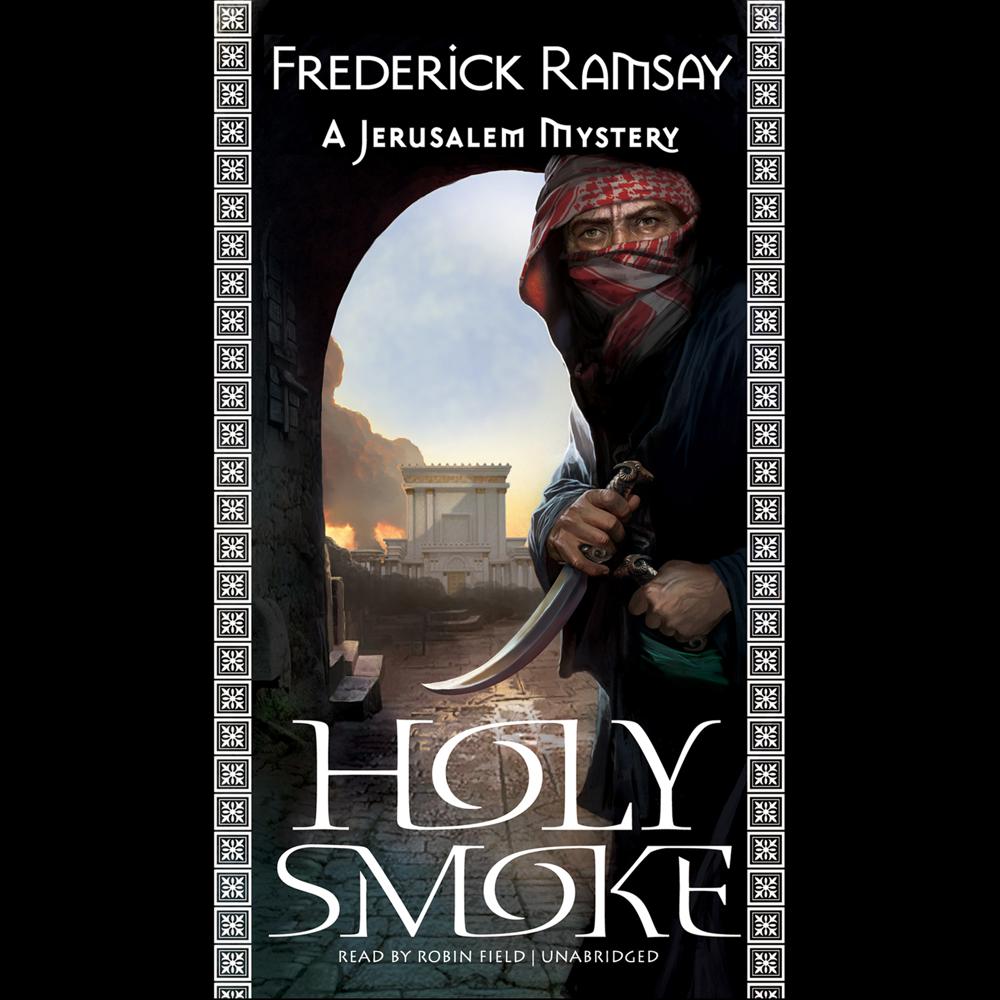 Jerusalem's deadly secrets are emerging from the smoke.

The year is AD 29, and Jerusalem chafes under the Roman Empire's continued presence and oppressive rule. In spite of that unpleasant fact, life goes on—but not for everyone. People die, some because it is their time, others by misadventure. One death in particular brings the city's daily routine to a halt. A badly burned body is found behind the veil of the holy of holies—the temple's inner sanctum and the most sacred space on earth for the Jews. No one except the high priest may enter this place and he only once a year on the Day of Atonement. This is no casual violation, and the authorities are in an uproar.

Rabban Gamaliel of the Sanhedrin, the ranking rabbi in all Judea, is drawn into solving this delicate mystery while dark agents with unholy interests plot to seize control of much of the trade in certain highly profitable imports from the east and west.

Loukas, the physician, plays Watson to Gamaliel's Sherlock as they slowly unravel the tangled web of intrigue and murder, but not before more bodies, both literal and figurative, show up. All the while Yeshua, the radical rabbi from Galilee, continues to annoy the high priest and smoke—holy smoke—rises from the sacrifices in the temple.

“[Narrator Robin Field’s] female characters are convincing and the accents accurate. He maintains the fast pace of the story as both Gamaliel and Loukas are in deadly peril. Highly recommended to students of the Bible, fans of complicated mysteries, and history buffs. This was planned as a trilogy but we can only hope for more of Gamaliel’s fine detection.”

“A rabbi is yet again forced to use his skills in critical thinking to solve a murder…The second in a trilogy set in first-century Jerusalem not only offers a finally wrought mystery but includes intriguing information on the religious and secular life of the period.”