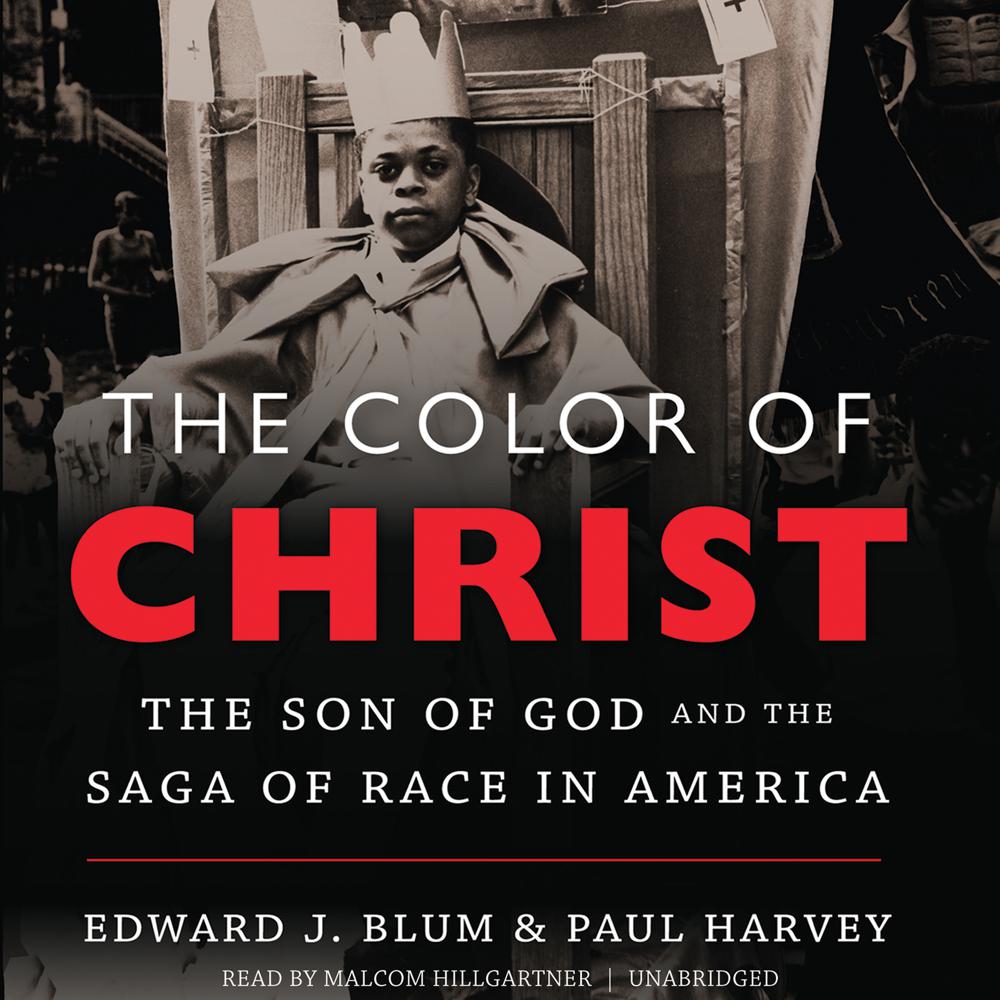 How is it that in America the image of Jesus Christ has been used both to justify the atrocities of white supremacy and to inspire the righteousness of civil rights crusades? In The Color of Christ, Edward J. Blum and Paul Harvey weave a tapestry of American dreams and visions—from witch hunts to web pages, Harlem to Hollywood, slave cabins to South Park, Mormon revelations to Indian reservations—to show how Americans visually remade the Son of God time and again into a sacred symbol of their greatest aspirations, deepest terrors, and mightiest strivings for racial power and justice.

The Color of Christ uncovers how, in a country founded by Puritans who destroyed depictions of Jesus, Americans came to believe in the whiteness of Christ. Some envisioned a white Christ who would sanctify the exploitation of Native Americans and African Americans and bless imperial expansion. Many others pictured a messiah, not necessarily white, who was willing and able to confront white supremacy. The color of Christ still symbolizes America's most combustible divisions, revealing the power and malleability of race and religion from colonial times to the presidency of Barack Obama.

“Edward Blum and Paul Harvey’s masterful book is a breath of fresh air in our toxic religious culture of learned ignorance and unlearned bigotry.”

“In this powerful and groundbreaking book, historians Blum and Harvey examine how images of Jesus reflect the intersection of race and religion in America. Blending historical analysis, lucid prose, and captivating primary sources, Blum and Harvey trace the remaking of Jesus from Puritan America to antebellum slave cabins, from Joseph Smith’s revelations to Obama’s presidency. The authors compellingly argue that Christ’s body matters, that it signifies power, reflects national fears and evolving conceptions of whiteness, and perpetuates racial hierarchies by continuously reifying the idea that whiteness is sacred…They masterfully probe how a sacred icon can be a tool at once of racial oppression and liberation. A must-read for those interested in American religious history, this book will forever change the way you look at images of Jesus.”

“Blum and Harvey trace the tangled history of religion and race in America…[They] explore how the image of Christ has been constantly remade to suit the social politics of individual nations…Thoroughly fascinating.”

“Blum and Harvey are two of the most talented scholars of race and religion in the United States, and this path-breaking book reflects their ability to integrate important historical analysis with beautiful and compelling narrative. The Color of Christ brilliantly draws on original research, the latest scholarship, and popular culture to transform the ways that we see Jesus past and present.”

“Edward Blum and Paul Harvey have produced an original, impressive, and eye-opening work—as compelling in its vivid detail as it is astonishing in its immense historical sweep. The Color of Christ sets a new standard and establishes a new starting point for anyone interested in the intersection of race and religiosity in the United States. An illuminating study, for which we will long be indebted.”

“In starkly poetic prose, this book takes a seemingly simple idea—examine evolving depictions of Jesus in America—and delivers punch after punch. Blum and Harvey provide a new, paradigm-changing window into the issues of race, religion, and power. Anyone wanting to grasp the depth of religion and race in the United States needs this book. It will transform what you thought you knew.”

“A sweeping study with a bold argument, clear style, and narrative power. Blum and Harvey explore how white Americans remade Jesus into a white icon, and at the same time, they delve into the contested nature of Jesus, with many groups finding their own meanings in him. This book is one of surprises, covering new ground and inviting readers to keep reading to see what new configurations of Jesus will take place around such major events as wars, economic depressions, social justice movements, and theological movements.”

“In The Color of Christ, two of our finest historians track the changing portrayals of Jesus in American life against the vicissitudes of history, especially the troubled waters of race relations. In so doing, they have produced both a splendid book as well as a unique perspective on American religious history. This is not the first study of the images of Christ in American history, but it is indisputably the best.”

“The refreshing and engaging story of how the concept of white Jesus was appropriated and used by Americans of all ethnicities to support their cultural, social, and religious intentions. Blum and Harvey’s solid historical writing and deft use of material, culture, and media bring a fresh viewpoint to the subject of race and religion in America.”

“Both finely wrought interpretation and sweeping synthesis, The Color of Christ lays bare the racial transformations, political challenges, and deep ironies embodied in the image of Jesus. Edward Blum and Paul Harvey offer a compelling new view of race, religion, iconography…and America itself.”