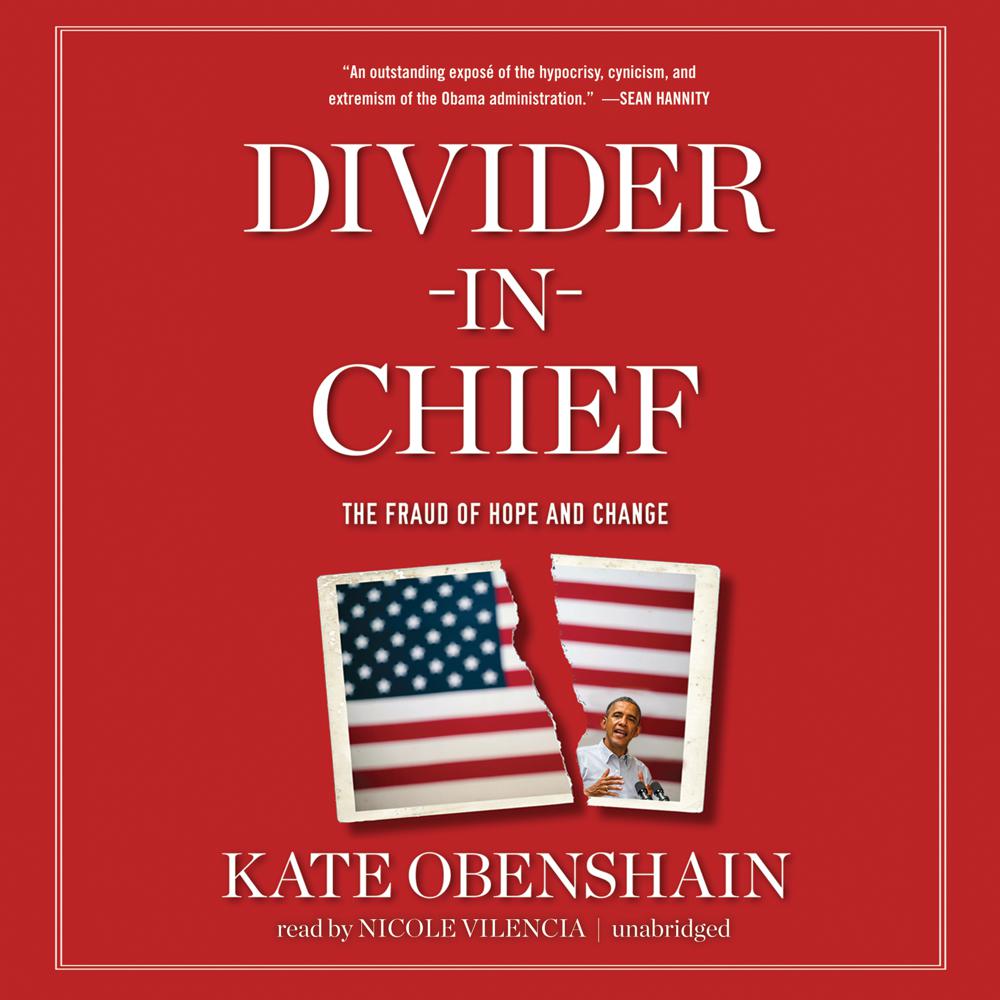 When Barack Obama ran on a platform of "hope and change" four years ago, he promised to unite the country. But as Kate Obenshain reveals in Divider-in-Chief, Obama has done exactly the opposite. Rather than seeking commonsense, pro-American solutions, he has pursued far-left policies, a radical leftist agenda, and an attitude that's both condescending and dismissive of Main Street America. As a result, America has become a nation of even greater polarization and disillusionment.

–how Obama pushed for the HHS mandate, forcing people of faith to violate their conscience;

–how Obama has condoned the actions of Occupy Wall Street, saying, "You are the reason I ran for office," while he vilifies free markets and businessmen across America;

–how Obama seizes on opportunities to highlight racial discord and then accuses any critic of being "a racist"; and

–that, although Obama ran as a champion for the downtrodden, the unemployment rate is disproportionately high among minorities and women

Obenshain paints a picture of a president who promotes class warfare, aggravating racial, gender, and economic differences in order to advance his ideological agenda. Searing and controversial, Divider-in-Chief makes the case that we must defeat Barack Obama before he tears our nation apart.

“Kate Obenshain’s new book Divider-in-Chief is an outstanding exposé of the hypocrisy, cynicism, and, extremism of the Obama administration. He claimed to be a uniter, but Kate’s book identifies where and how he has been the ultimate divider of Americans. If Obama is shown the door after the 2012 election, Kate’s book will be one of the reasons why everyone needs to read this before November!”

“Kate Obenshain has written one of the best takedowns of Obama I’ve read. If you have friends still bedazzled by the fraudulent rhetoric of hope and change, give them this book, and wipe that smile right off their face. Divider-in-Chief reveals the radical presidency of Barack Obama for exactly what it is—the most divisive, polarizing, and balkanizing in American history.”

“Kate Obenshain has written a penetrating and astute book about the Obama political method. Highly recommended.”

“Here is the book to have handy as Obama pursues his re-election strategy of dividing Americans along lines of race, religion, sex, and economic class. As Obenshain notes, ‘Whether Obama wins or loses, the country he promised to unite, the nation he pledged to heal, will be far more deeply divided than on the day he took office in 2009.’”

“Kate Obenshain’s Divider-in-Chief is a devastating portrait of America’s most polarizing president. She exposes his advertised politics of civility and unity as an utter sham—a demagogic plot that not only divides Americans from each other but also divides them from the founding principles of the country.”