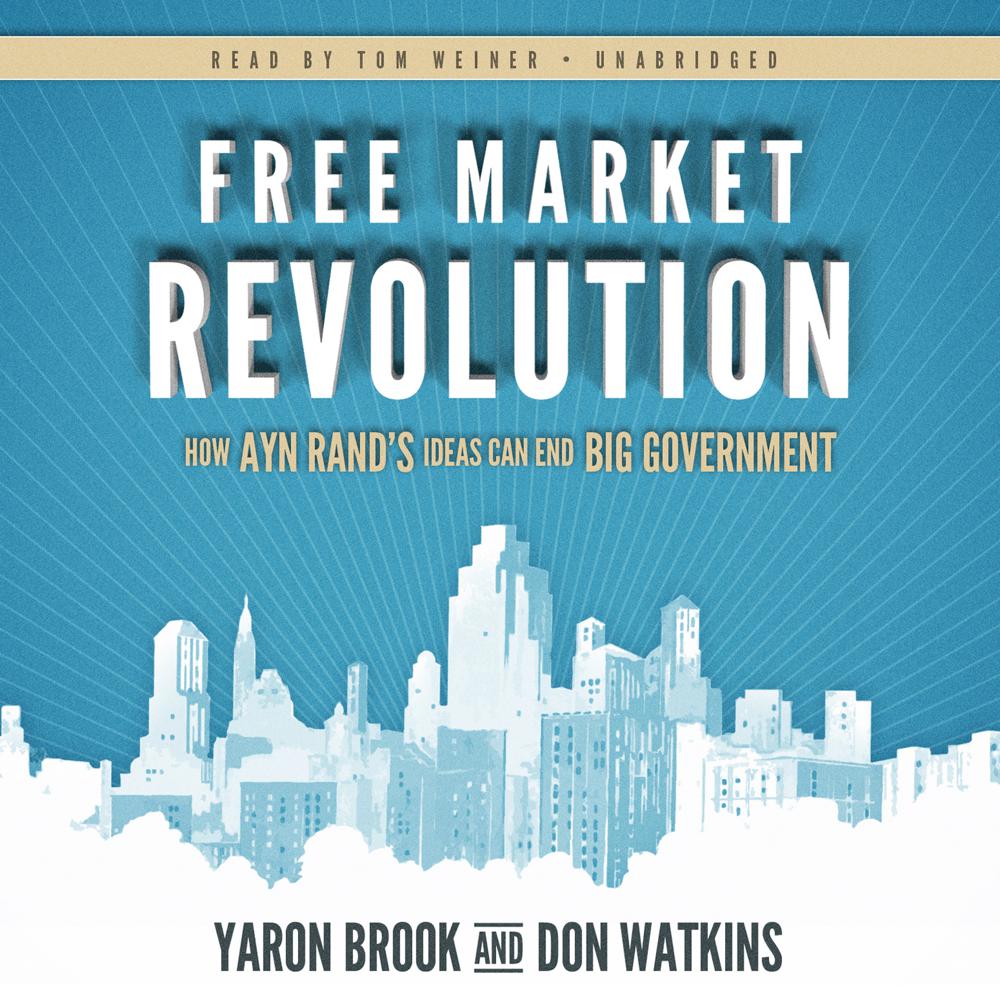 Here is a look at how our current economic crises are caused by too much government—and how Ayn Rand's bold defense of free markets can help us change course. The rise of the Tea Party and the 2010 election results revealed that tens of millions of Americans are alarmed by big government but skeptical that anything can or will be done to stop the growth of the state. In Free Market Revolution, the keepers of Ayn Rand's legacy argue that the answer lies in Rand's pioneering philosophy of capitalism and self-interest—a philosophy that more and more people are turning to for answers. In the past few years, Rand's works have surged to new peaks of popularity, as politicians like Paul Ryan, media figures like John Stossel, and businessmen like John Mackey routinely name her as one of their chief influences. Here, Brook and Watkins explain how her ideas can solve a host of political and economic ills, including the debt crisis, inflation, overregulation, and the growing welfare state. And most importantly, they show how Rand's philosophy can enable defenders of the free market to seize the moral high ground in the fight to limit government. This is a fresh and urgent look at the ideas of one of the most controversial figures in modern history—ideas that may prove the only hope for the future.

“A powerful and unapologetic case in support of capitalism. For those who think more government will solve our nation’s problems, Free Market Revolution will open your eyes. For those who can already see the light, it will sharpen your vision.”

“Free Market Revolution is must-reading for an age in which the government seems to be treating Atlas Shrugged not as a warning, but as a how-to manual.”

“In this lengthy but digestible tome, Brook and Watkins, of the Ayn Rand Institute, tackle the 2008 housing crisis, subsequent Wall Street crash, Bernie Madoff, and the healthcare industry through the lens of Rand’s principles…The book challenges existing value judgments of self-interest, self-sacrifice, and the morality of business people, deeming them not selfish but heroic, saving less intellectually skilled workers from ‘starv[ing] in hopeless ineptitude.’”

“Free Market Revolution will raise the ire of every statist, socialist, and crony capitalist. Rand understood—as do the authors of this all-too-timely book—that free markets are, indeed, moral while Big Government is manifestly not.”

“Free Market Revolution is a potential game-changer. Brook and Watkins dismantle the myth that free markets are responsible for today’s ills, and they teach us how to take the moral high ground in the fight against big government. If there are any Occupiers left, this book should make them lay down their signs in surrender. Anyone who wants to understand why we have strayed so far from the Founders’ ideals, and how we can find our way back, should read this book.”

“This book is a must read for anyone concerned about the demonization of capitalism and deification of collectivism. Yaron Brook and Don Watkins meld philosophy with practicality in their cogent analysis of how Ayn Rand’s moral defense of capitalism can bring down the limitless growth of government and restore its original, intended purpose—protection of individual rights. Changing the trajectory of the country calls for a long and intense fight with very steep odds against victory. But the concept of the Free Market Revolution, celebrating the individual pursuit of rational, long-term self-interest as a virtue, provides the arsenal for the assault. And Brook and Watkins give a battle plan of surefire approaches to limit, and then eliminate, even such massive incursions as the government’s takeover of healthcare.”

“The most important issue in our society today is the morality of capitalism. Free Market Revolution lays bare how capitalism is the only economic system consistent with man’s nature as a thinking being who must act in his long term rational self-interest to survive and prosper. This is an important book which integrates philosophical ideas with their real world consequences.”