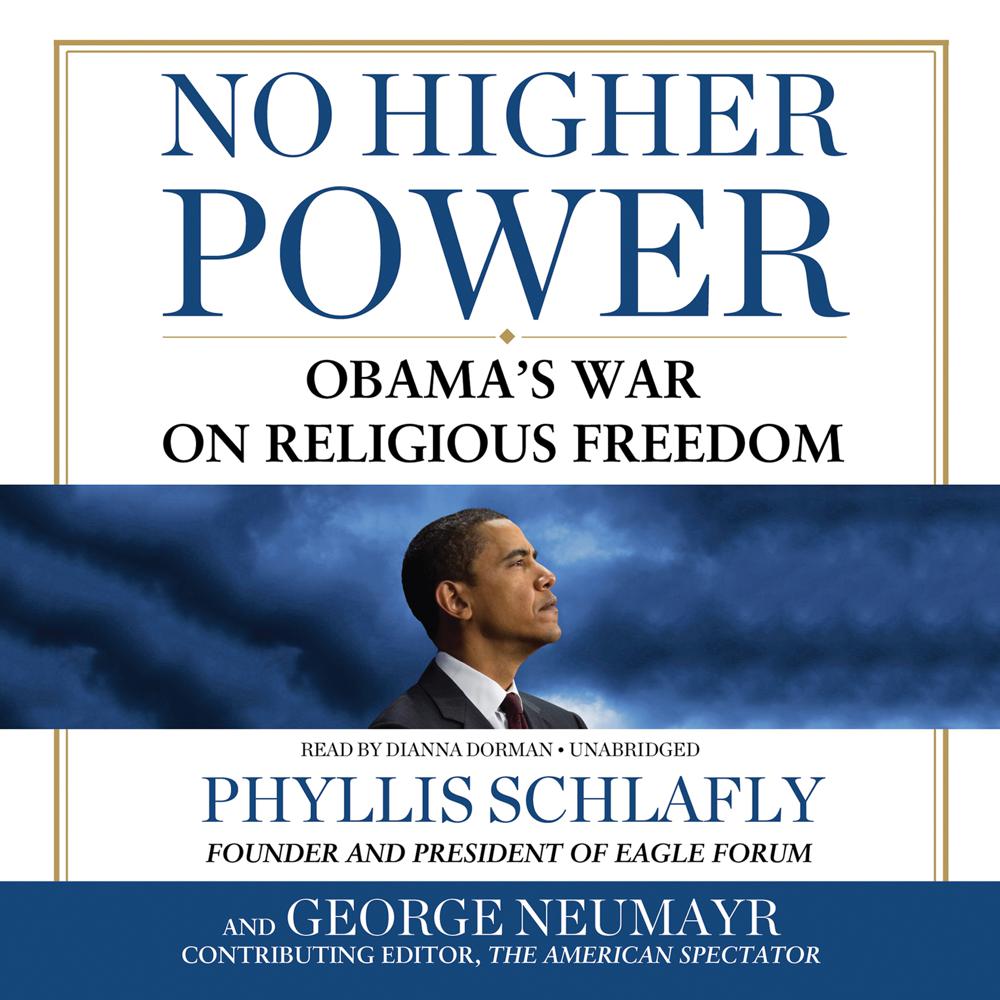 The Obama administration's overreaching and pervasive secularist policies represent the greatest government-directed assault on religious freedom in American history. So argues conservative movement leader Phyllis Schlafly and journalist George Neumayr. In No Higher Power, Schlafly and Neumayr show how Obama is waging war on our religious liberties and actively working to create one nation under him rather than one nation under God.

"Obama views traditional religion as a temporary opiate for the poor, confused, and jobless—a drug that will dissipate as the federal government assumes more God-like powers, and his new secularist beliefs and policies gain adherents," write Schlafly and Neumayr.

From cutting funding for religious schools to Obama's deliberate omission of God and religion in public speeches to his assault on the Catholic church, No Higher Power is a shocking and comprehensive look at how Obama is violating one of our most fundamental rights—and remaking our country into a nation our Founding Fathers would hardly recognize.

“When Phyllis Schlafly talks, conservatives should listen—and when she sounds a warning, we should be ready to act. In her terrific new book, No Higher Power, she and George Neumayr have compiled a truly frightening indictment of the Obama administration’s contempt for the First Amendment and our most fundamental freedoms. If you care about our country and its future, you must read this book.”

“Freedom of conscience is the foundation of all our freedoms. Phyllis Schlafly’s and George Neumayr’s riveting account of Obama’s war on religious liberty is essential reading for all Americans who care about their country.”

“Phyllis Schlafly and George Neumayr have nailed it—in its tyrannical arrogance, the Obama administration behaves as though there is no higher power than itself. It will allow neither the Constitution nor religious liberty to interfere with its agenda. In a second term, it will be emboldened to do even more. If you want to know just how threatened our religious liberties really are, please read No Higher Power.”