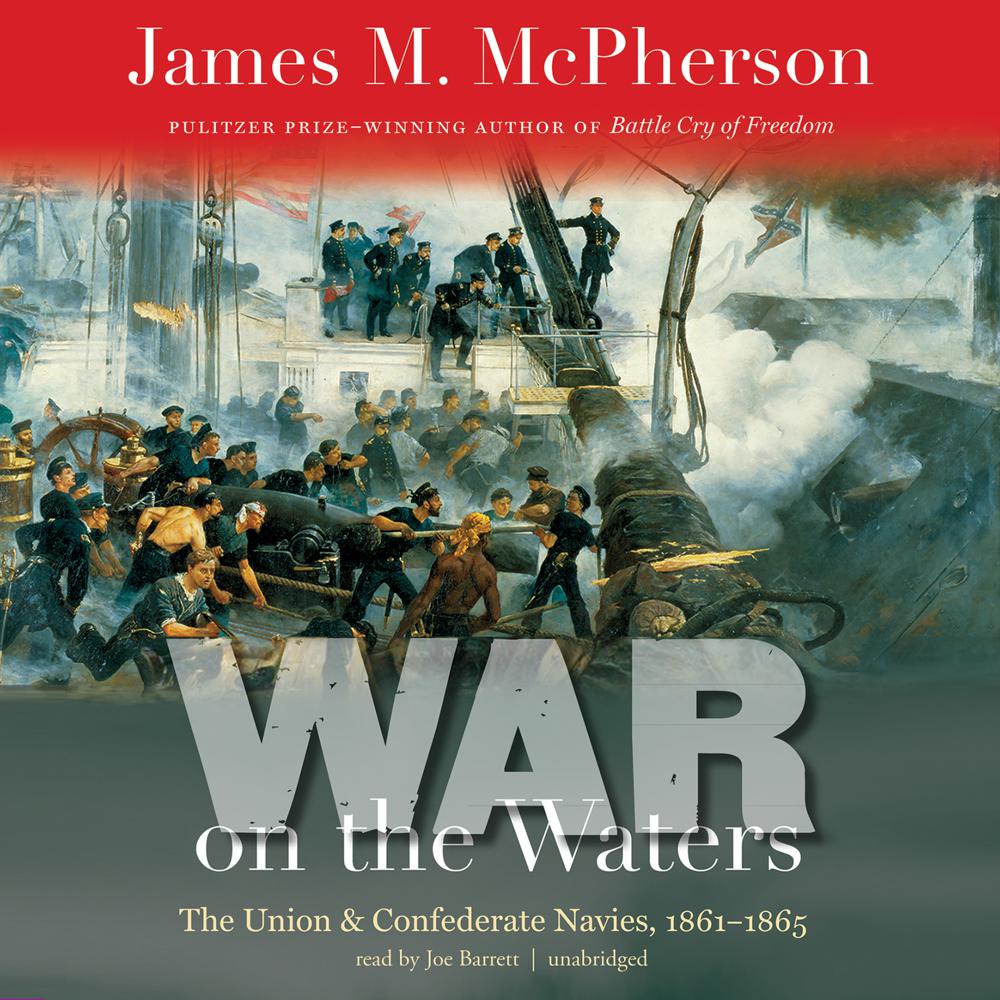 Although previously undervalued for their strategic impact because they represented only a small percentage of total forces, the Union and Confederate navies were crucial to the outcome of the Civil War. In War on the Waters, James M. McPherson has crafted an enlightening, at times harrowing, and ultimately thrilling account of the war's naval campaigns and their military leaders.

McPherson recounts how the Union navy's blockade of the Confederate coast, leaky as a sieve in the war's early months, became increasingly effective as it choked off vital imports and exports. Meanwhile, the Confederate navy, dwarfed by its giant adversary, demonstrated daring and military innovation. Commerce raiders sank Union ships and drove the American merchant marine from the high seas. Southern ironclads sent several Union warships to the bottom, naval mines sank many more, and the Confederates deployed the world's first submarine to sink an enemy vessel. But in the end, it was the Union navy that won some of the war's most important strategic victories—as an essential partner to the army on the ground at Fort Donelson, Vicksburg, Port Hudson, Mobile Bay, and Fort Fisher, and all by itself at Port Royal, Fort Henry, New Orleans, and Memphis.

“With all the narrative grace, original scholarship, and equal grasp of both big picture and telling detail, Civil War historian nonpareil James McPherson has provided his admirers with another authoritative entry in his roster of essential books. McPherson never argues that the Union navy won the Civil War, but readers will argue that no Civil War library will ever be complete without this volume.”

“McPherson, professor emeritus of Princeton and dean of Civil War historians, enhances our knowledge with this history of the conflict’s naval aspects. As definitive as it is economical, the work establishes beyond question the decisive contributions of maritime power to Union victory.”

“[Barrett’s] voice is likable and engaging.”

“MacPherson has written a popular history that is both approachable and fairly thorough. Joe Barrett, who is well known to audio aficionados, gives yet another laudable reading. His voice is steady, clear, and consistent, and his deep, resonant baritone does well in reading quotes—usually affecting a credible accent. His narration is appropriately expressive throughout.”

“With martial verve, McPherson’s prose dramatizes their battles and places those within strategic contexts, such as the US Navy’s campaigns to control the Mississippi River. As always, McPherson’s latest is a sound collection-development investment.”

“James McPherson’s many admirers in the Civil War community will be thrilled that he has turned his keen eye and eloquent pen to the naval war. In this new, concise history of the war at sea, McPherson not only tells an important story well, he shows how the Union navy, with only five percent of Union military assets, had a disproportionate impact on the war.”