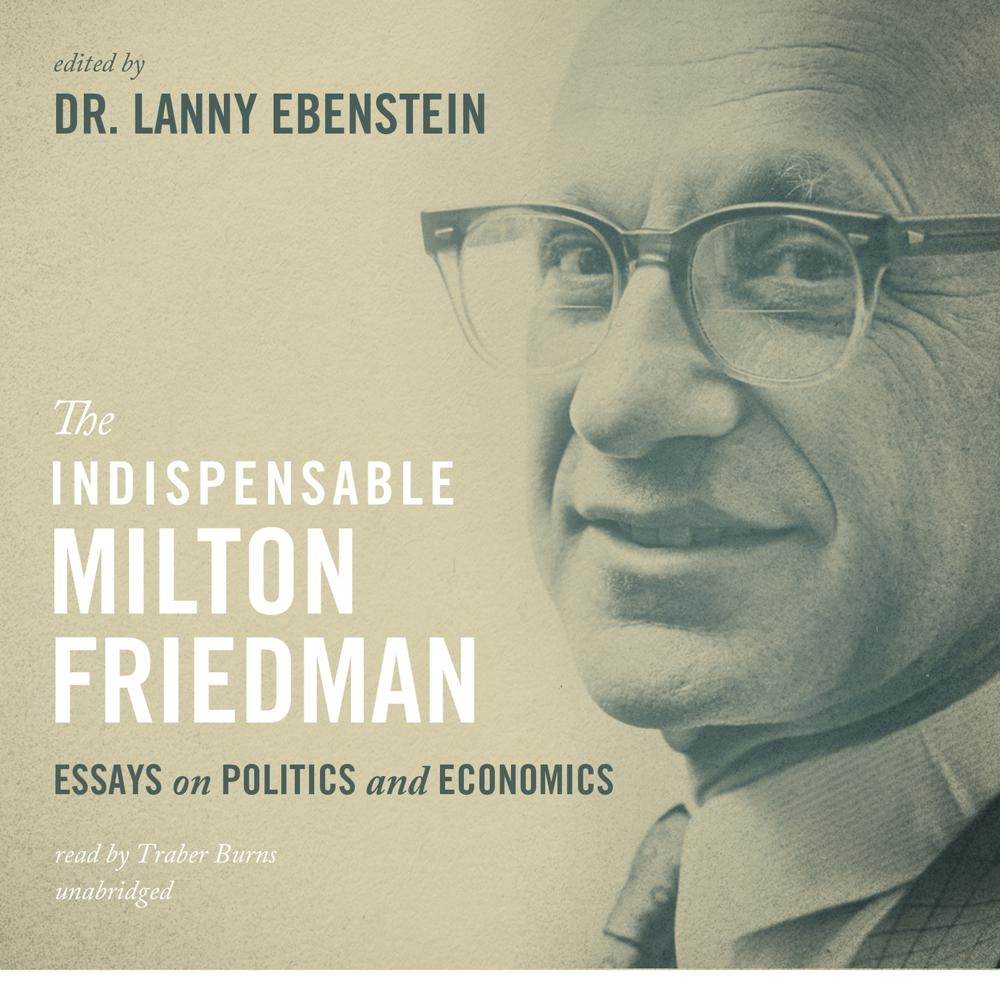 Milton Friedman is one of the most famous economists in history. His writings and theories on everything from capitalism and freedom to deregulation and welfare have inspired movements, influenced government policies, and changed the course of America’s economic history. Now, acclaimed Friedman biographer Lanny Ebenstein brings together twenty of Friedman’s greatest essays in The Indispensable Milton Friedman: Essays on Politics and Economics. The only collection of Friedman’s writings to span his entire career, this book features some of Friedman’s never-before-republished writings as well as the best and most timeless of his works. These exceptional essays not only illuminate the progression of Friedman’s thought but explain how America might overcome some of its most difficult challenges. During this time of economic uncertainty, The Indispensable Milton Friedman is more necessary than ever.

“Milton Friedman was the most authoritative exponent of the libertarian tradition in economics. He will be remembered as long as the subject endures, and this collection epitomizes the power of his mind and range of his mastery.”

“Economists can succeed Milton Friedman, but nobody can replace him. As this collection of rare but brilliant essays confirms, he was one of a kind, and is greatly missed.”

“In addition to being a great innovator in economic thought, Milton, assisted by his wife Rose, helped to create a warm fellowship for young new faculty…Milton, along with Ted Schultz, George Stigler, Harry Johnson, Al Harberger, and Al Reese, created ‘The Chicago School.’”

“Milton Friedman was one of the most important scholars of the twentieth century. He perfected the art of making economics understandable to the ordinary, untrained individual. That’s the true mark of a teacher.”

“This volume of essays from the corpus of Milton Friedman’s work is not only welcome in light of the centennial of this brilliant intellectual’s birth, but will clear the air of so many prevalent economic myths that continue to haunt us today.”