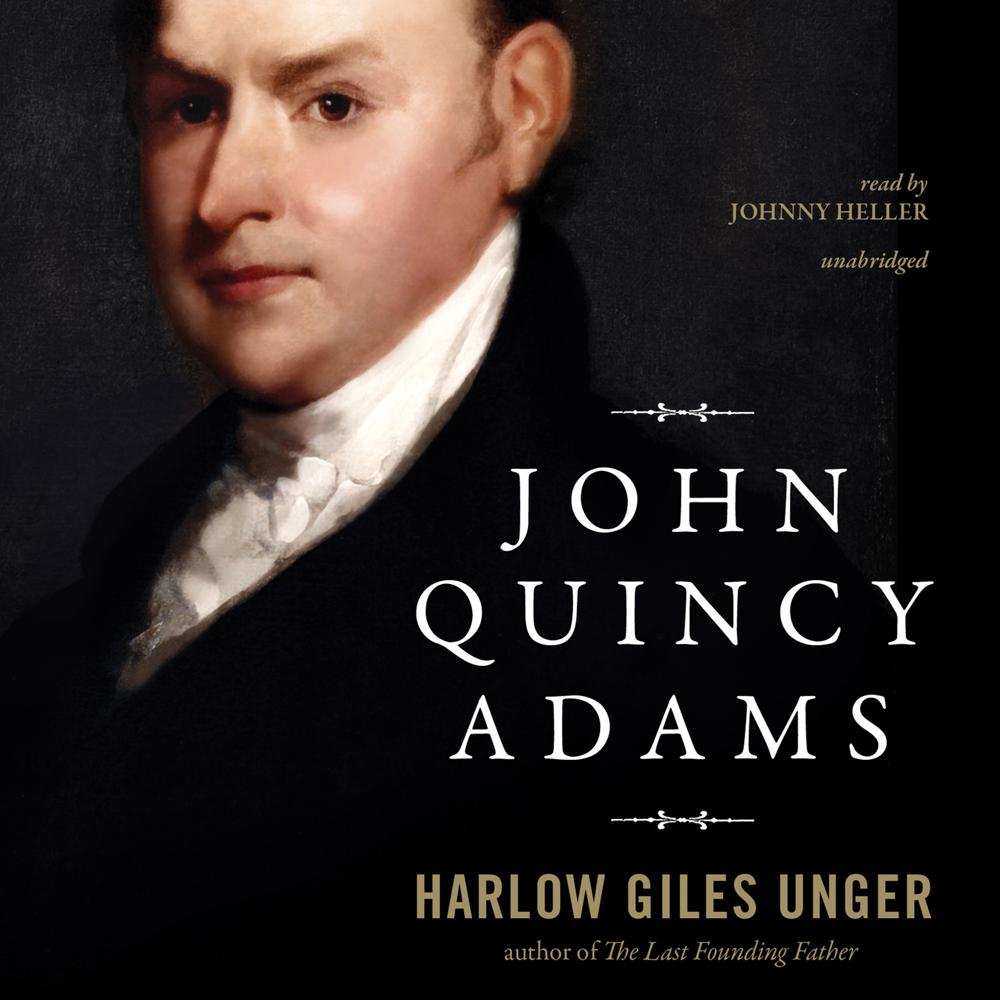 He fought for Washington, served with Lincoln, witnessed Bunker Hill, and sounded the clarion against slavery on the eve of the Civil War. He negotiated an end to the War of 1812, engineered the annexation of Florida, and won the Supreme Court decision that freed the African captives of La Amistad. He served his nation as minister to six countries, secretary of state, senator, congressman, and president.

John Quincy Adams was all of these things and more. In this masterful biography, award-winning author Harlow Giles Unger reveals Adams as a towering figure in the nation's formative years and one of the most courageous figures in American history—which is why he ranked first in John F. Kennedy's Pulitzer Prize–winning Profiles in Courage.

For this magisterial biography, Unger makes use of a little-known national treasure: John Quincy Adams' diary, started at age ten, giving us an eye-witness account of sixty-five years of critical American history.

“In Unger’s hands, Adams comes close to becoming an inspiring character…Unger makes him seem as overweeningly intelligent, clever, headstrong, insecure, brave, and insightful as he probably was.”

“Spare prose clarifies the overview of political complications and intricate family dynamics, revealing Adams as a historically overlooked yet key transitional figure who witnessed the birth of the nation and endured its nearly irreparable geographic squabbles of the 1840s.”

“[An] in-depth biography. The reader comes to know John Quincy Adams intimately as a son, father, statesman, and patriot…The individuals encountered in the narrative are familiar, but—in the best tradition of David McCullough’s biographies—the pace and plotting pull readers forward even though they may know the ending. Unger makes use of many years of JQA’s diaries and expertly dissects intricate political and (potentially confusing) family relationships. In all, he succeeds in making clear why JQA was the first subject of John F. Kennedy’s Profiles in Courage. Verdict: Unger does a masterful job. Although there are other books on John Quincy Adams, American history and political history buffs will find this stirring work irresistible.”

“A neglected president receives his due as a statesman and practical politician…A fine examination of a life, well deserving a place alongside David McCullough’s study of Adams père.”

“Unger captures the many sides of Adams and his era in the superb John Quincy Adams…Eloquent, irritating, and fiercely committed to his work, John Quincy Adams lived an extraordinary life, and Unger tells his story convincingly in this compelling narrative.”

“[A] lively and often intimate account…John Quincy Adams is usually brushed aside in discussions of the presidents, but Unger makes a convincing argument that the presidency was only a footnote in one of the most important public careers in American history.”

“Unger’s biography of John Quincy Adams, the sixth president of the United States, is enlightening and, with Heller’s accomplished reading, entertaining…Johnny Heller’s even pacing, perfect tone, and flawless reading make this a pleasure to listen to.”