Ground to a Halt
Claudia Bishop 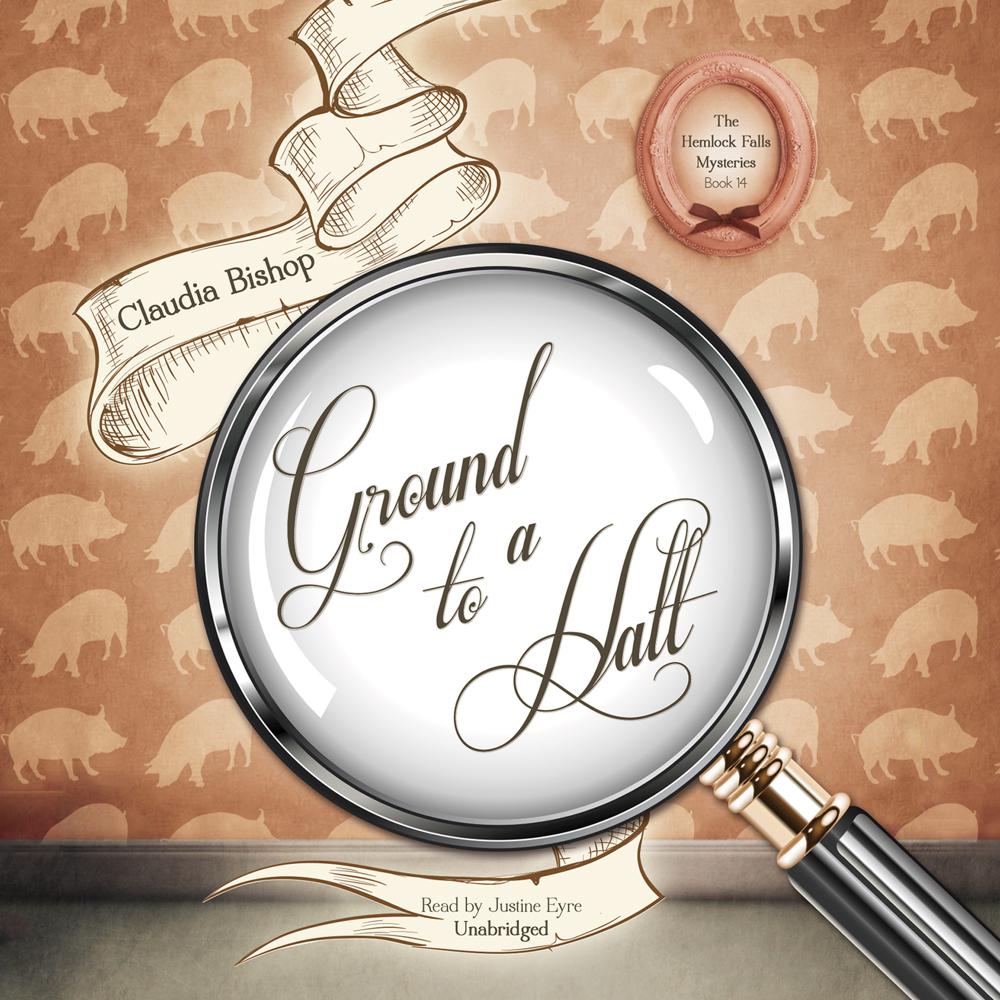 Hemlock Falls is a pretty little town in upstate New York. Sarah "Quill"Quilliam, with her talent for business, runs the Inn at Hemlock Falls while her sister, Meg, keeps the patrons happy with her culinary abilities. But when it comes to murder, the Quilliam sisters have to rely on other skills—spotting clues, solving crimes, and catching culprits.

The fate of livestock everywhere hangs in the balance.

It's a golden autumn at the Inn at Hemlock Falls, and the conventioneers from the International Association of Pet Food Providers are fighting like cats and dogs over a campaign to switch to vegan pet food. Guest relations are not going smoothly for Quill and Meg. And matters don't improve when Quill discovers the body of the luscious Lila Longstreet while on a tour of Heavenly Hogg's Pig Farm. When pet psychic Olivia Oberlie correctly predicts a second murder, Meg and Quill investigate—and find most of the suspects are also on the weekend guest list, bringing business to a grinding halt.