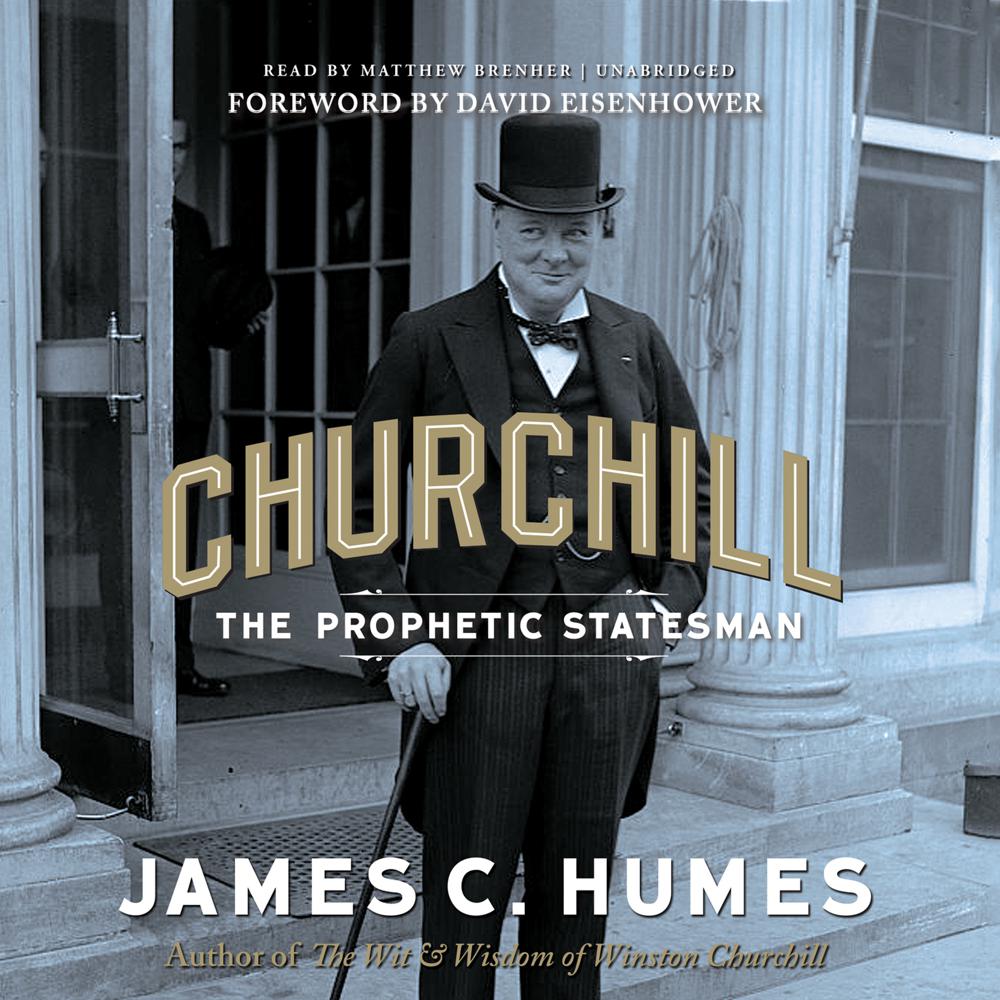 Churchill: The Prophetic Statesman reveals the astonishingly accurate predictions of Britain’s most famous prime minister and how his critics’ perceptions of them shaped his political career. Who could have foreseen the start of World War I twenty-five years before the assassination of a Serbian archduke plunged Europe into war? Who could have predicted the rise of al-Qaeda nearly eight decades before anyone had heard of Osama bin Laden? Winston Churchill did. Now for the first time, bestselling author James C. Humes reveals these and other shocking predictions made by this legendary figure. Churchill didn’t need a crystal ball to tell the future. Using his skills as a historian, he studied patterns of the past to make his eerily accurate forecasts, including the rise of European fascism, the fall of the Iron Curtain, and the exact day of his own death as he entered his final years. In fascinating detail, Humes’ astonishing biography documents the spot-on prophecies Churchill foretold and the political consequences he endured for sharing them.

“Perhaps it is a cliché that a politician thinks of the next election and a statesman of the next generation, yet my grandfather found merit in the maxim. He had known leaders he esteemed as the greatest of statesmen…Churchill, however, was the leader he admired above all…In hundreds of studies of Churchill, no one else, remarkably enough, has focused on Churchill’s predictions and prophecies. James Humes has produced a book that is unique as well as necessary for an understanding of statesmanship.”

“Some have written that the two giants of the last century were Winston Churchill and Ronald Reagan. As the latter’s son, I might agree, but I will leave that assessment to historians…Chroniclers will surely conclude that both men toppled totalitarian tyrannies with eloquence and courage. The two men had different styles, but each played a decisive role in the victory of freedom over dictatorship…[Churchill’s] sound judgment, along with his courage, made him one of history’s greatest leaders. There are important lessons here for our own troubled times.”

“‘What if?’ is the great parlor game of all historians, professional and amateur. In Churchill: The Prophetic Statesman, James Humes gives us a stunning but overlooked version of conjectural history. Humes outlines dozens of Churchill’s own spectacular prophecies, revealing him to be a Nostradamus of the political and military events of the twentieth century.”