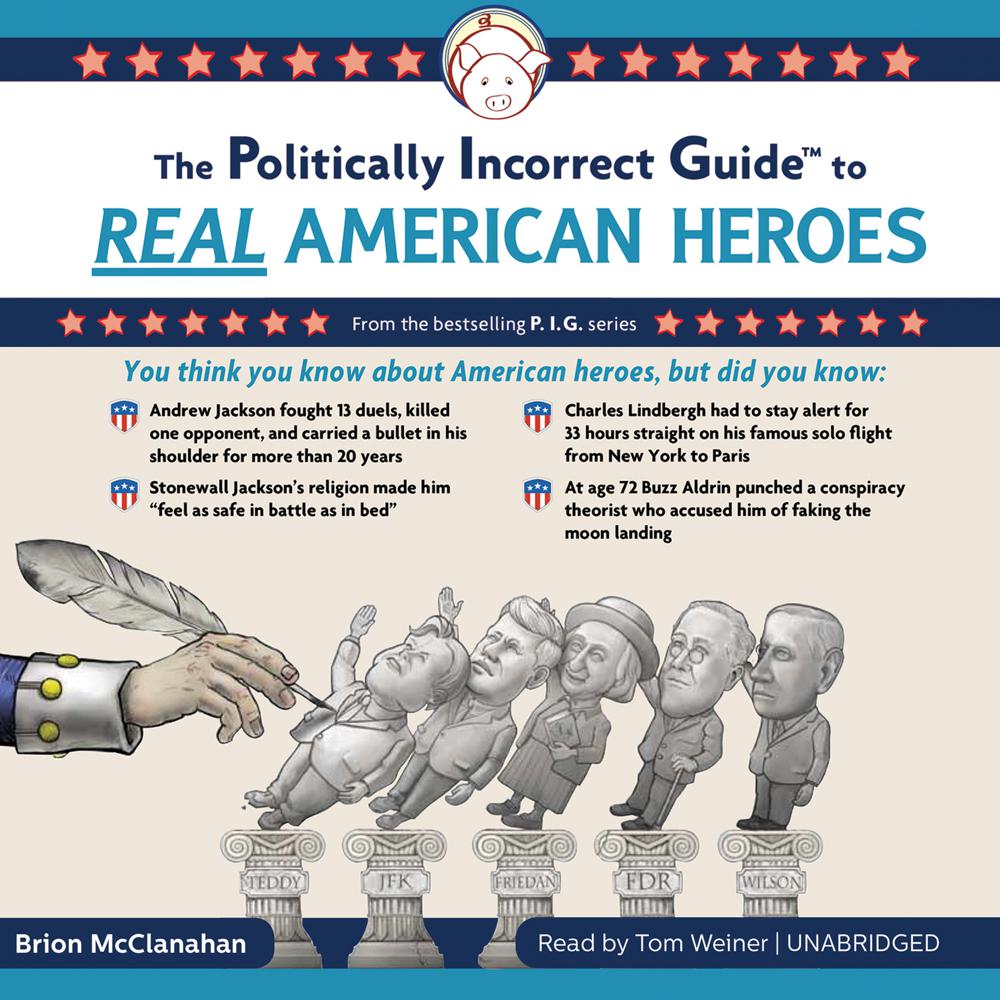 As presidential candidates sling dirt at each other, America desperately needs a few real heroes. Tragically, liberal historians and educators have virtually erased traditional American heroes from history. According to the Left, the Founding Fathers were not noble architects of America but selfish demagogues, and self-made entrepreneurs like Rockefeller were robber barons and corporate polluters. Instead of honoring great men from America’s past, kids today now idolize rock stars, pro athletes, and Hollywood celebrities.

With biting wit and devastating detail, McClanahan strikes back against the multicultural narrative peddled by liberal historians who make heroes out of pop-culture icons and corrupt politicians. In America’s hour of peril, McClanahan’s book is a timely and entertaining call to remember the heritage of this great nation and the heroes who built it.

“Brion McClanahan identifies some of the long-forgotten American heroes who helped shape the greatest quality of life the world has ever known.”

“You have to read a book that explains why well known men like Robert E. Lee and little known women like Augusta Jane Evans are American heroes, and why PC favorites like the Kennedys and Margaret Sanger should never have been given the title in the first place.”

“Forgetting the builders of our nation will lead to the collapse of our nation. Brion McClanahan’s Politically Incorrect Guide to Real American Heroes can help us avoid collapse and extend American civilization to future generations.”