When I Left Home
Buddy Guy 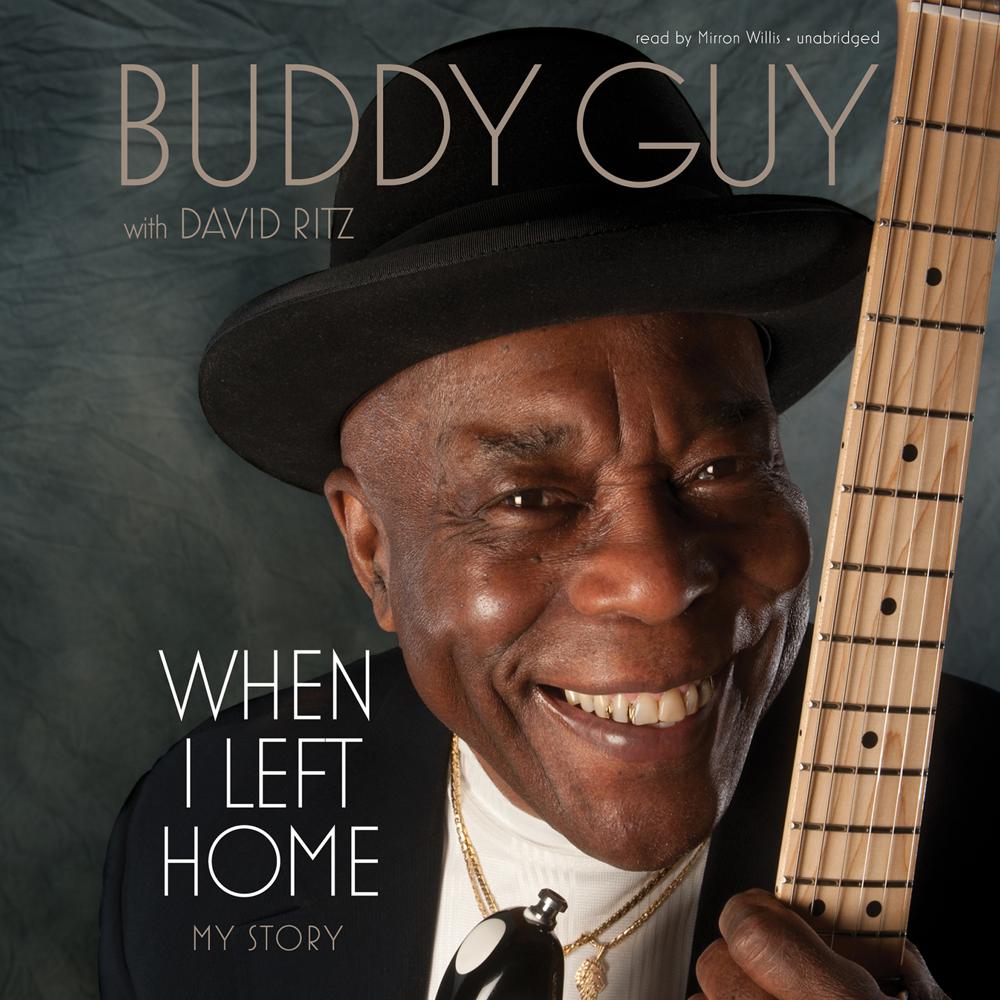 According to Eric Clapton, John Mayer, and the late Stevie Ray Vaughn, Buddy Guy is the greatest blues guitarist of all time. An enormous influence on these musicians as well as on Jimi Hendrix, Jimmy Page, and Jeff Beck, he is the living embodiment of Chicago blues.

Guy’s epic story stands at the absolute nexus of modern blues. He came to Chicago from rural Louisiana in the fifties—the very moment when urban blues were electrifying our culture. He was a regular session player at Chess Records. Willie Dixon was his mentor. He was a sideman in the bands of Muddy Waters and Howlin’ Wolf. He and Junior Wells formed a band of their own. In the sixties, he became a recording star in his own right.

When I Left Home tells Guy’s picaresque story in his own words, those of a storyteller who remembers everything, including blues masters in their prime and the exploding, evolving culture of music that happened all around him.

“As is the case with all artists who are sure of their work, Buddy is an absolute gentleman. When I first heard him, I got scared. Musically, he had raised the bar and continues to do so. Buddy has never failed to amaze me first as an artist and secondly as a beautiful guy. I did not give him my guitar for show! I loved that axe, yet I loved what Buddy gave us all even more. Long may he give us his gift.”

“There are hundreds of spirited musical tales in When I Left Home, Buddy Guy’s new autobiography, which offers a colorful account of his fifty-year-long tenure as perhaps the most influential guitar slinger in Chicago blues…Razor-sharp dialogue and descriptions.”

“A lively, sharply etched account of Guy’s unlikely ascent from sharecropper roots in Louisiana to the blues hotbed of Chicago and beyond.”

“[An] entertaining first-person narrative by an iconic musician…Many amusing anecdotes…Well worth reading—especially for blues fans interested in the southern rural and Chicago music scenes of the 1960s to the present.”

“In this memoir, the story of [Guy’s] life is also the tale of the music itself of the past fifty-plus years…There’s a treasure trove of stories here.”

“Filled with high spirits, good humor, magnanimity toward old foes, and gratitude toward those who helped him. [Guy] tells his story in the earthy, salty style of the blues itself, honest about feelings, frank about sex, all imbued with an unconquerable love of life, even (especially?) at its hardest. Mr. Guy owes a debt to his coauthor, David Ritz, who has helped capture the sound, the rhythms, and the raw energy of the language bluesmen speak…The book is rich in anecdotes, hilarious and tragic, about the giants he knew…Quite a tribute. Quite a book. Quite a Guy.”

“Buddy makes his life come alive…Told in his own style and language, the book reads more like a blues song than an actual book, each verse telling a different story. And what stories they are…Buddy’s book is as colorful as the blues…If you’re looking for a reasonably unvarnished account of the blues life, Buddy has it here…The book is funny, sad, tragic, lusty, honest, loving, and insightful. Just like the blues. Just like Buddy Guy. If you love the blues and all that it means, you should love this book.”

“In memoir, likeability helps, and Chicago bluesman Buddy Guy is an easy guy to like.”

“As mesmerizing a storyteller as a guitarist, Guy, writing with Ritz, regales readers with tales of growing up picking cotton in rural Alabama, of seeing his first guitar and standing transfixed in front of Lightning Slim for several hours just memorizing the movements of Slim’s hands, of his father’s friend buying his first guitar for him, and of his endless efforts to play the blues as he had heard and seen Slim and others play…Guy’s memoir is a joyous celebration of the blues, one of our greatest musical treasures.”

“Guy is a vibrant and hilarious storyteller. With a natural ease and honesty, he captures the spirit of the age, the culture of violence in the clubs, and the personalities of his colleagues...Highly recommended for any fan of Guy and those interested in the history of blues music.”

“[An] amiable and entertaining biography…Full of fascinating anecdotes about some of the greatest of the twentieth-century bluesmen and the now mostly shuttered South and West Side Chicago blues clubs they played in…A must for Buddy Guy fans and blues enthusiasts.”

“The stories in this memoir read as a veritable who’s who of modern electric blues…The man who defined the sound of the Chicago blues and influenced a generation of rock guitarists shares his life story.”

“Entertaining, lively, and vivid…[Guy] emerges as real as you’d dare hope…Guy is connected to the blues in a way that runs so deep it’s difficult to fully understand and appreciate; this book explains the link.”

“What makes this rendition special is the care with which Guy and his cowriter David Ritz limn the details and make everything come alive…The ‘you-are-there’ feel of living history that the best autobiographies afford us is among the richest gifts to be garnered from this book…Rewarding reading for long-time fans as well as newer, more casual acquaintances.”