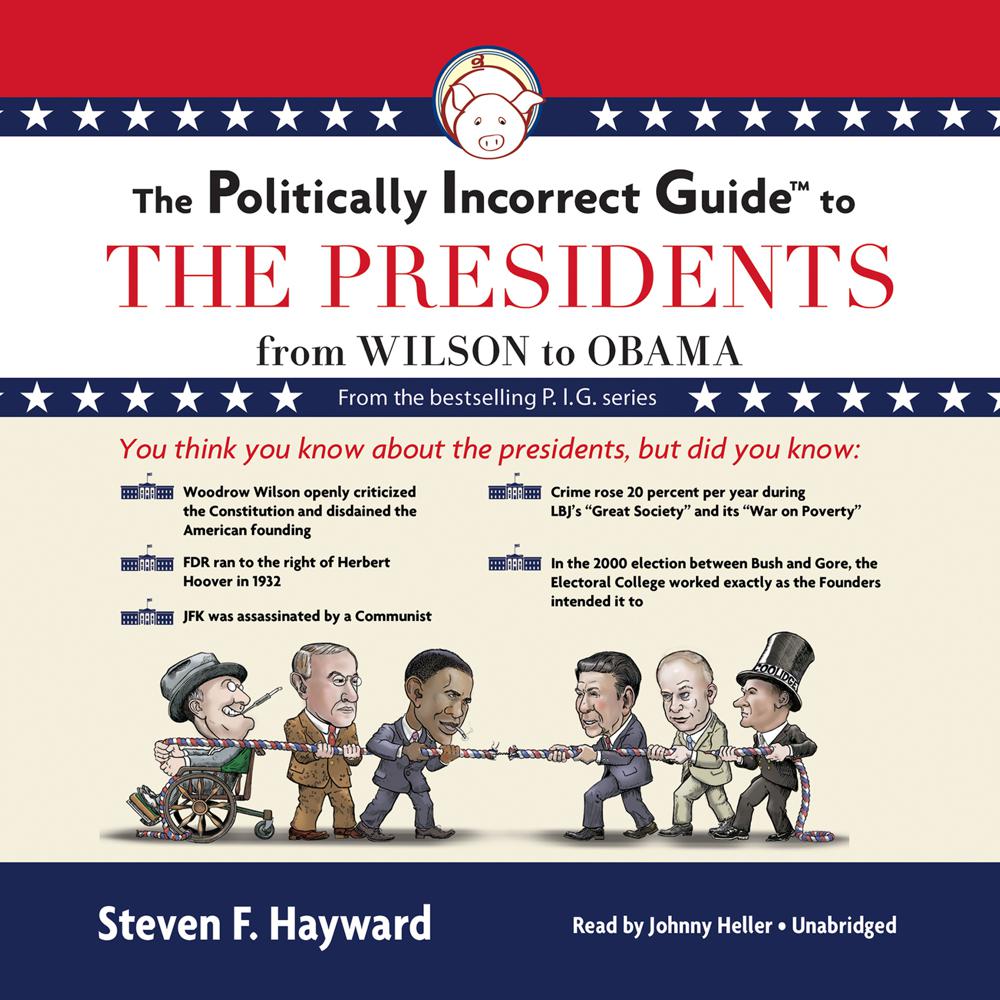 What makes a president great?

Academics, journalists, and popular historians agree: our greatest presidents are the ones who confronted a national crisis and mobilized the entire nation to face it. That's the conventional wisdom. The chief executives who are celebrated in textbooks and placed in the top echelon of presidents in surveys of experts are the bold leaders—the Woodrow Wilsons and Franklin Roosevelts—who reshaped the United States in line with their grand "vision" for America. Unfortunately, along the way, these "great" presidents inevitably expanded government—and shrank our liberties.

As the twentieth-century presidency has grown far beyond the bounds the Founders established for the office, the idea that our chief executive is obliged to "preserve, protect, and defend the Constitution of the United States" has become a distant memory.

Historian and celebrated Reagan biographer Steven F. Hayward reminds us that the Founders had an entirely different idea of greatness in the presidential office. The personal ambitions, populist appeals, and bribes paid to the voters with their own money that most modern presidents engage in would strike them as instances of the demagoguery they most feared—one of the great dangers to the people's liberty that they wrote the Constitution explicitly to guard against. The Founders, in contrast to today's historians, expected great presidents to be champions of the limited government established by the Constitution.

Working from that almost forgotten standard of presidential greatness, Steven Hayward offers a fascinating off-the-beaten-track tour through the modern presidency, from the Progressive Era's Woodrow Wilson to Barack Obama. Along the way he serves up fresh historical insights, recalls forgotten anecdotes, celebrates undervalued presidents who took important stands in defense of the Constitution, and points the way to a revival of truly constitutional government in America.

What you didn't learn from your history teacher but will find in The Politically Incorrect Guide to the Presidents includes:

–Calvin Coolidge, much mocked by liberal historians as a bland Babbitt, was the last president to write his own speeches, guided the country through years of prosperity and limited government, and was one of the most cultured men ever to live in the White House

–Why Eisenhower's two biggest mistakes as president were, in his own words, "both sitting on the Supreme Court"

–How, as president, JFK took mind-altering drugs, many of them prescribed by a physician he called Dr. Feelgood, who later lost his medical license for malpractice

“Steven Hayward, one of my favorite historians and writers, has some pretty whacky ideas. For example, he thinks presidents should be graded on their loyalty to their oath of office. Why, it’s just crazy enough to work! Read this book not only because it is entertaining, insightful, and informative but also because it’s the perfect antidote to presidential grade inflation.”

“Hayward has produced a lucid book that is scholarly but not pedantic; acerbic in its criticisms, but never coarse.”

“One of the keys to restoring the government to its proper limits will be to have our presidents serve in their originally intended role as defenders of the Constitution rather than undermining it through endless expansions of the administrative state. It is surprising how seldom we evaluate presidents according to whether they live up to their oath of office, and we have Steven Hayward to thank for reminding us of the presidents who understood this and those who didn’t.”

“Every president takes an oath to protect and defend the Constitution of the United States. But how well do they perform this basic duty? Modern historians have mostly ignored this question, but Steven Hayward tackles it head on, grading the presidents of the last hundred years. He’s a tough grader, and his conclusions will surprise—and delight—many readers.”

“Hayward reminds us that the Founders had an entirely different idea of greatness in the presidential office…Working from that almost forgotten standard, Hayward offers a fascinating off-the-beaten track tour through the modern presidency.”