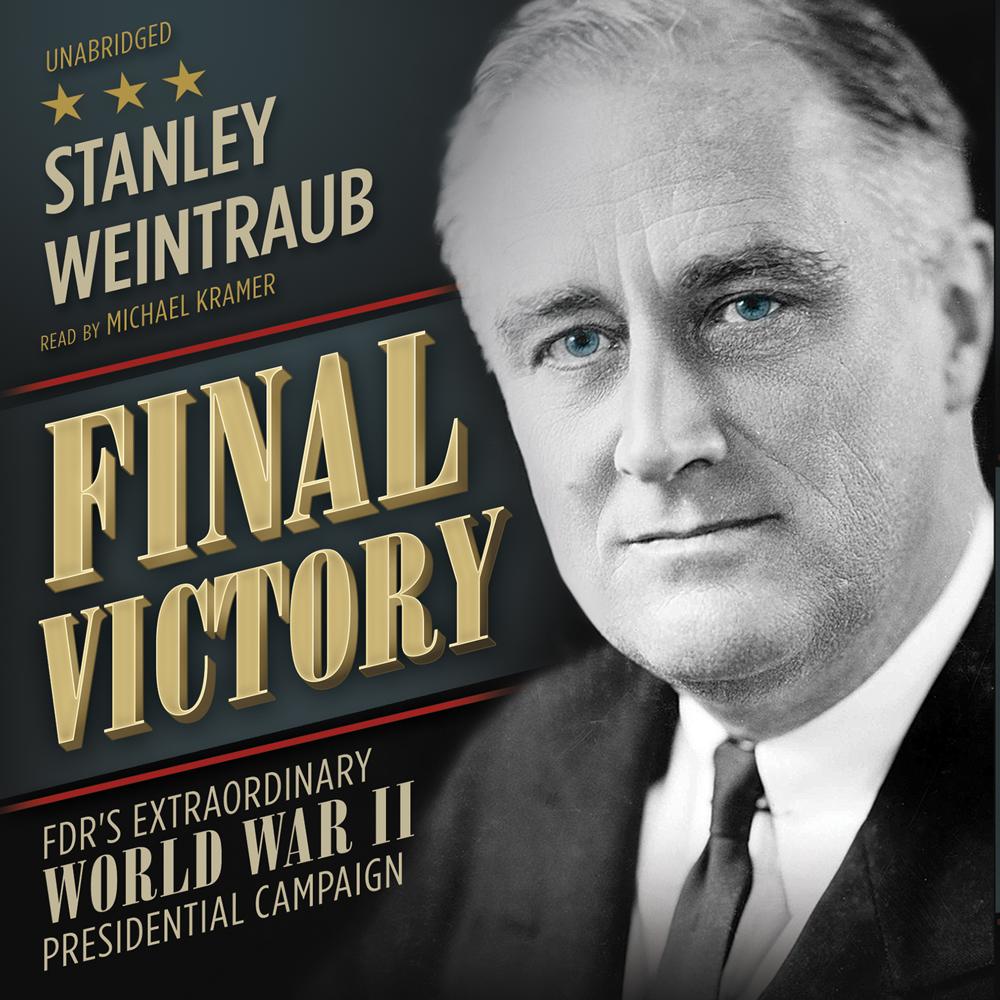 When the 1944 presidential election campaign geared up late that spring, Franklin D. Roosevelt had already been in office longer than any other president. Sensing likely weakness, the Republicans mounted an energetic and expensive campaign, hitting hard at FDR's liberal domestic policies and the ongoing cost of World War II. Despite gravely deteriorating health, FDR and his feisty running mate, the unexpected Harry Truman, campaigned vigorously against young governor Thomas E. Dewey of New York and old-line Ohio governor John Bricker. Roosevelt's charm and wit, as well as the military successes in Europe and the Pacific, contributed to his sweeping electoral victory. But the hard-fought campaign would soon take its toll on America's only four-term president.

Preeminent historian and biographer Stanley Weintraub recaptures FDR's striking last campaign and the year's momentous events, from the rainy city streets where Roosevelt, his legs paralyzed by polio since 1922, rode in an open car, to the battlefronts where the commander-in-chief's forces were closing in on Hitler and Hirohito. Weintraub, as he has done in all his biographies, brings to life the man and his times, capturing those small but telling details that inform and delight.The result is unforgettable.

“Weintraub, a historian and bestselling author, dissects Franklin D. Roosevelt’s historic fourth and last presidential campaign…Historically satisfying, bringing the events to life with telling anecdotes (like Truman’s terrifying, prescient ‘nightmare that Roosevelt had died and he, Harry S. Truman, was now president’), Weintraub’s book portrays a political icon determined to make his mark on America and the world in the twilight of his life.”