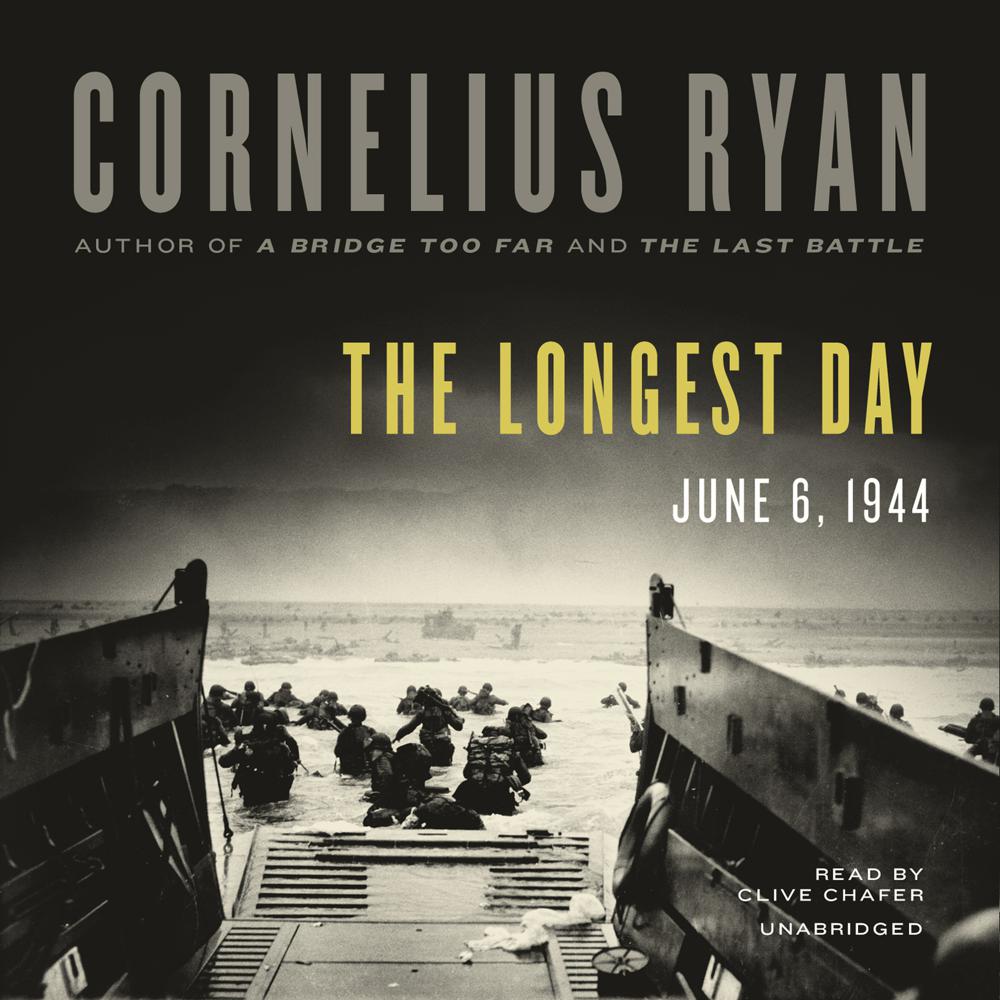 The classic account of the Allied invasion of Normandy

The Longest Day is Cornelius Ryan’s unsurpassed account of D-day, a book that endures as a masterpiece of military history. In this compelling tale of courage and heroism, glory and tragedy, Ryan painstakingly re-creates the fateful hours that preceded and followed the massive invasion of Normandy to retell the story of an epic battle that would turn the tide against world fascism and free Europe from the grip of Nazi Germany.

This book, first published in 1959, is a must for anyone who loves history, as well as for anyone who wants to better understand how free nations prevailed at a time when darkness enshrouded the earth.

“Fifty years from now, the history of D-day, I am sure, will lean heavily on this book.”

“A dramatic, moving masterpiece, a living memorial to the men who died, and as suspenseful as the most gripping mystery story.”

“A true classic of World War II history…Not only is The Longest Day a pleasure to read, but subsequent historians, dutifully noting its accuracy, have relied heavily on Ryan’s research for their own accounts. In short, the book is a ‘must read’ for anyone interested in the D-day invasion.”

“Besides being a solid history of the event, this is also a portrait of the people who lived it. One of the best books on the subject, this is essential for all academic and public libraries.”

“If you have read all the accounts of D-day or none of them, if you were in the fighting or on the sidelines, you will be spellbound, as I was, by this magnificent retelling of a glorious and tragic story.”

“When you read The Longest Day you will know why I chose, despite great difficulties, to turn this story of heroism, tragedy, and humor into a motion picture.”