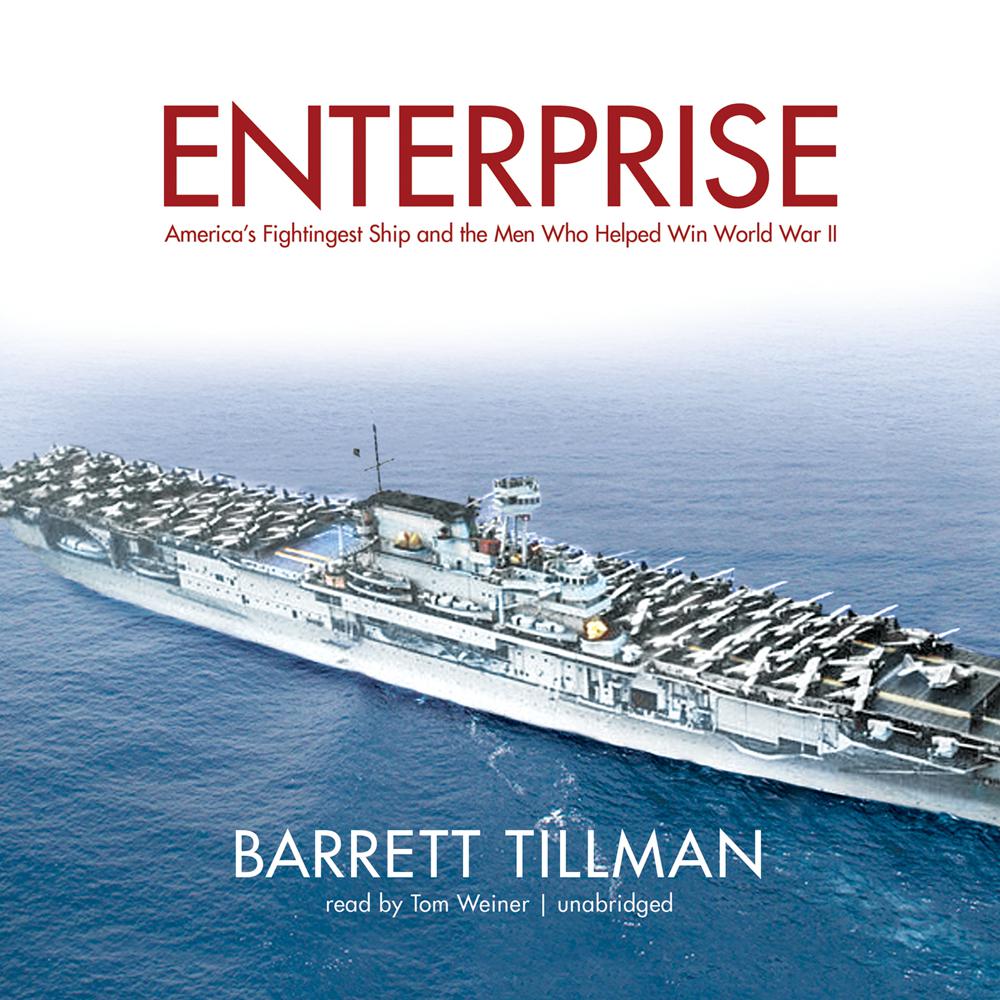 Offering a naval history of the entire Pacific Theater in World War II through the lens of its most famous ship, this is the epic and heroic story of the aircraft carrier USS Enterprise and of the men who fought and died on her from Pearl Harbor to the end of the conflict.

Award-winning author Barrett Tillman has been called “the man who owns naval aviation history,” and Enterprise is the work he was born to write: the first complete story of “The Big E,” incorporating oral histories and the author’s own interviews with the last surviving veterans who served on her through the major battles of the Pacific war.

America’s most decorated warship of World War II, Enterprise was constantly engaged against the Japanese Empire, earning the title “the fightingest ship” in the navy. Her career was eventful, vital, and short. Commissioned in 1938, her bombers sank a submarine just ten days after the Pearl Harbor attack, claiming the first Japanese vessel lost in the war. It was the auspicious beginning of an odyssey that Tillman captures brilliantly, from escorting sister carrier Hornet as it launched the Doolittle Raiders against Tokyo in 1942 to playing leading roles in the pivotal battles of Midway and Guadalcanal to undergoing the shattering nightmare of kamikaze strikes in May of 1945. This is the definitive history of the ship whose aviators claimed 911 enemy aircraft and 71 ships, a saga of seemingly ceaseless heroism.

“Veteran military historian Tillman comprehensively delineates the history of the legendary USS Enterprise…A commendable history of a significant ship that also commemorates the economic might unleashed to supply the fighters in WWII.”