I Hear the Sirens in the Street
Adrian McKinty 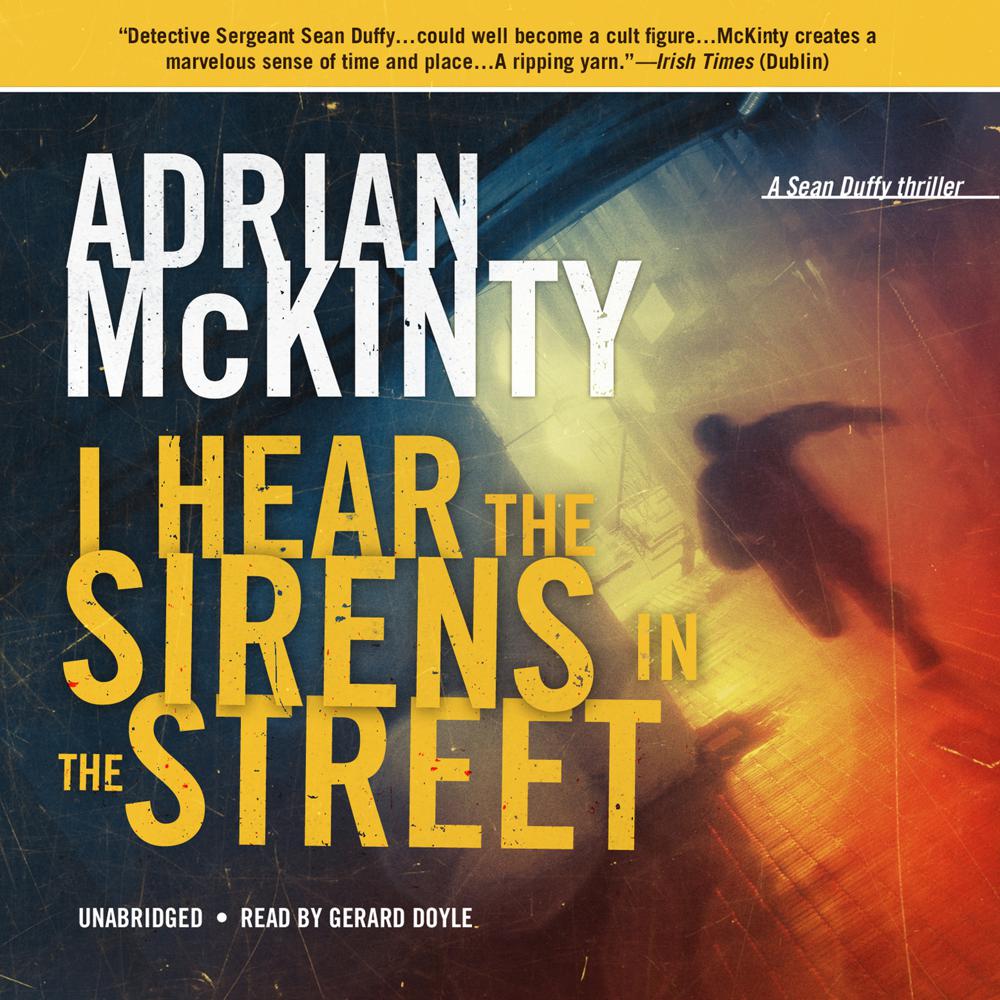 A torso in a suitcase looks like an impossible case, but Sean Duffy isn't easily deterred, especially when his floundering love life leaves him in need of a distraction. So with Detective Constables McCrabban and McBride, he goes to work identifying the victim. The torso turns out to be all that's left of an American tourist who once served in the US military. What was he doing in Northern Ireland in the midst of the 1982 Troubles? The trail leads to the doorstep of a beautiful, flame-haired, twentysomething widow, whose husband died at the hands of an IRA assassination team just a few months before. Suddenly Duffy is caught between his romantic instincts, gross professional misconduct, and powerful men he should know better than to mess with. These include British intelligence, the FBI, and local paramilitary death squads—enough to keep even the savviest detective busy. Duffy's growing sense of self-doubt isn't helping. But as a legendarily stubborn man, he doesn't let that stop him from pursuing the case to its explosive conclusion.

“I Hear the Sirens in the Street blew my bloody doors off!”

“Adrian McKinty has done it again. In the second episode of a promised trilogy on the exploits of Sean Duffy…he maintains the tension, the sense of period, and the quirks of character that made The Cold Cold Ground such a compelling read.”

“This is the second of McKinty’s Troubles Trilogy—in which he brings alive one of the most conflict-filled periods in recent history. Gerard Doyle does a wonderful job with the ineffable accents of Northern Ireland and the rhythm of its dialogue. Doyle’s narration is clear, well paced, and consistent. It perfectly matches the rising darkness that seems to surround Duffy as he searches for a killer.”

“McKinty’s second Sean Duffy thriller (after The Cold Cold Ground) establishes his place in the latest generation of Irish crime writers to take the genre by storm. The bleak and almost desperate conditions of 1982 Belfast and rural Northern Ireland are presented in a fashion that make the setting an equal character in this murder mystery…The twists of the case are brilliant, the characters complex. The rich Irish brogue of Gerard Doyle is magnificent but not overwhelming to American listeners. Verdict: Highly recommended.”

“In this pitch-perfect sequel to The Cold Cold Ground, the second in the author’s Troubles Trilogy, Duffy is nearly overwhelmed by politics. This is crime fiction at its best: a police procedural with dialogue that’s crisp and occasionally lighthearted, blistering action that’s often lethal, McKinty’s mordant Belfastian wit, and a protagonist readers won’t want to leave behind when the trilogy ends.”

“Adrian McKinty’s I Hear the Sirens in the Street is his second Duffy novel and it sees him right back to his very best form. It’s full of pathos and has an intricate plot line that keeps Duffy, and the reader, guessing throughout. There’s dark humor and violence and he evokes the time and place of the novel with unerring accuracy…At his best, McKinty is the equal of any of the current batch of crime thriller writers—and this is him at his best…If you like your crime thrillers to be action packed with plenty of sharp dialogue then this book will be very much up your street, and the 1980s nostalgic element is terrific…The only bad point is that we have to wait until 2014 for the third book in this series And in the Morning I'll Be Gone. I cannot wait.”

“Adrian McKinty has the chops to do all manner of things with words, and in I Hear the Sirens in the Street he unleashes a strain of rough and visual, sly and lyric narrative prose in service of one hell of a story. Sean Duffy is a great creation, a figure of many parts, and the place comes alive.”

“Crime fiction at its best.”

“The twists of the case are brilliant, the characters complex. The rich Irish brogue of Gerard Doyle is magnificent but not overwhelming to American listeners. Verdict: Highly recommended.”