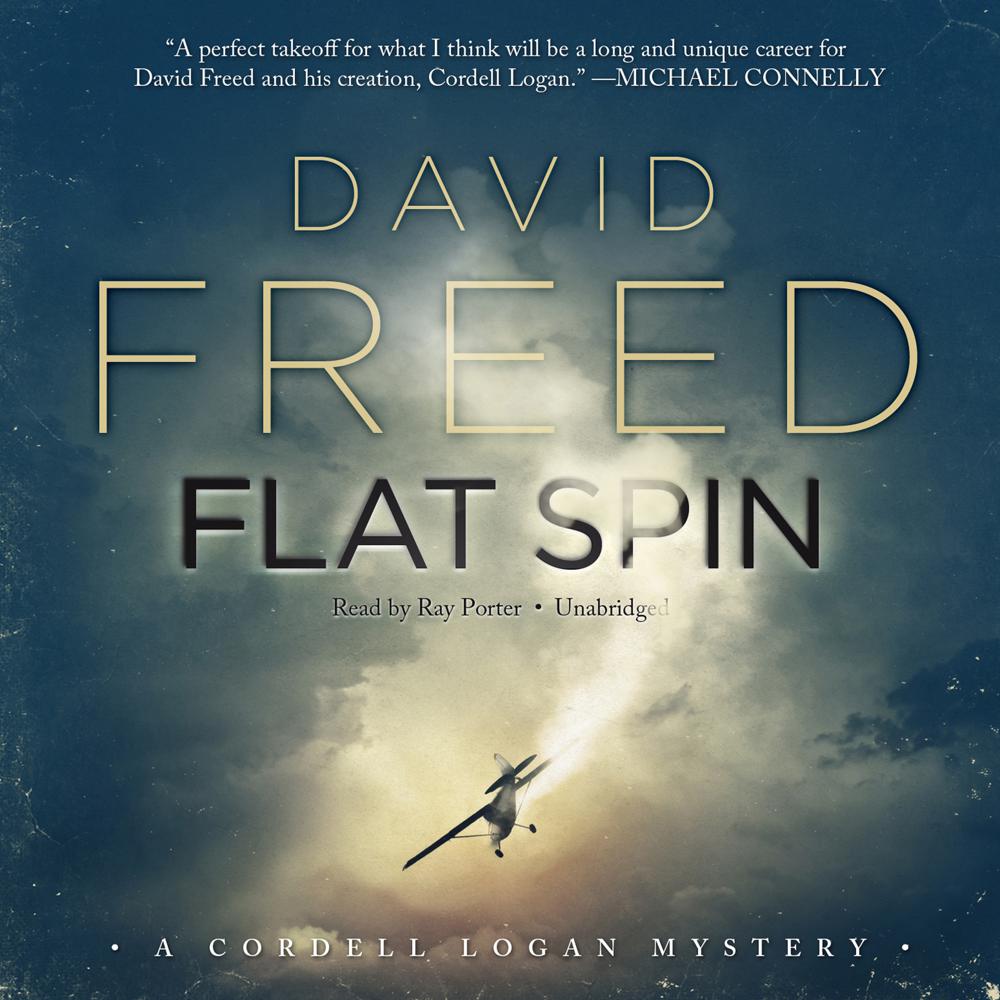 The irresistible David Freed's first mystery is a stay-up-late-to-finish thriller.

Based in sunny Rancho Bonita—"California's Monaco" as the city's moneyed minions like to call it—Cordell Logan is a literate, sardonic flight instructor and aspiring Buddhist with dwindling savings and a shadowy past. When his beautiful ex-wife, Savannah, shows up out of the blue to tell him that her husband has been murdered in Los Angeles, Logan is quietly pleased. Savannah's late husband, after all, is Arlo Echevarria, the man she left Logan for.

Logan and Echevarria were once comrades-in-arms assigned to a top secret military assassination team known simply as Alpha. Though Savannah was never privy to the gritty details of their assignment, she suspects that Echevarria's death must be related to the work he did for the government. The only problem is that the LAPD can find no record of Echevarria ever having toiled for Uncle Sam. Savannah wants Logan to tell the police what he knows. At first he refuses, but then, relying on his small, aging airplane, the "Ruptured Duck," and on the skills he honed working for the government, Logan doggedly hunts Echevarria's killer.

His trail takes him from the glitzy Las Vegas Strip to the most dangerous ghettos of inner-city Oakland, from darkened Russian Mafia haunts in West Los Angeles to the deserts of Arizona. Along the way, Logan is stalked by a mysterious motorist who repeatedly tries to kill him, but that's the least of his problems. It is his love-hate relationship with Savannah, a woman for whom Logan continues to pine in spite of himself, that threatens to consume him.

Transcending the worlds of murder, aviation, and international counterterrorism,Flat Spinresonates with a veracity that only an author who knows his subject firsthand can deliver.

“Flat Spin is a perfect takeoff for what I think will be a long and unique career for David Freed and his creation, Cordell Logan. They both know the turf well, and I look forward to more.”

“Flat Spin may be one of the funniest books of the year. Narrator Ray Porter guides listeners through this captivating mystery involving divorced flight instructor Cordell Logan. His wife has remarried, and her husband, an ex-military comrade of Logan’s, is murdered. Logan is reluctantly convinced by his ex-wife and her father to solve the case. Porter’s cynical portrayal of Logan as a Buddhist-in-training is great fun. Further, Porter’s convincing characterizations of Logan’s flight students, motherly landlord, and indifferent cat also make the story soar. This is the first work of fiction by Freed, a Pulitzer Prize winner for journalism—but hopefully not his last.”

“Unlike some novelists with enormous technical expertise, [Freed] is a superb writer. His prose is at once muscular and musical—and sometimes verges on poetry. He skillfully mixes a hard-boiled sensibility with flashes of sardonic humor. The riveting plot, well-drawn characters, and magnificent prose are sure to make this one of the finest debuts of 2012.”

“Freed is a superb writer. His prose is at once muscular and musical—and sometimes verges on poetry. And he mixes a hard-boiled attitude with flashes of wry humor. The riveting plot and fine prose are sure to make Flat Spin one of the best debuts of 2012.”

“A pilot, screenwriter, and Pulitzer Prize–winning journalist with a military background, Freed manages to introduce into his debut mystery lots of technology without tedious detail…This series launch is a delightful romp through the familiar hard-boiled scene with a literate hero who admits he is so far failing to find tranquility with the Buddha. Highly recommended.”

“Pulitzer-winning reporter Freed brings his knowledge of aviation, the military, and law enforcement to his fiction debut. His story is full of interesting episodes and feels authentic.”

“The first thing you notice about Flat Spin is the great writing. Then the ‘pull-you-in’ story and beautifully-wrought characters. It’s everything you want in fresh crime fiction in the hardboiled tradition.”

“This is a wonderful hybrid of a classic crime novel and spy thriller. Note to readers: Keep your seat belts fastened. It’s a hell of a ride.”