How Civilizations Die (and Why Islam Is Dying Too)
David Goldman 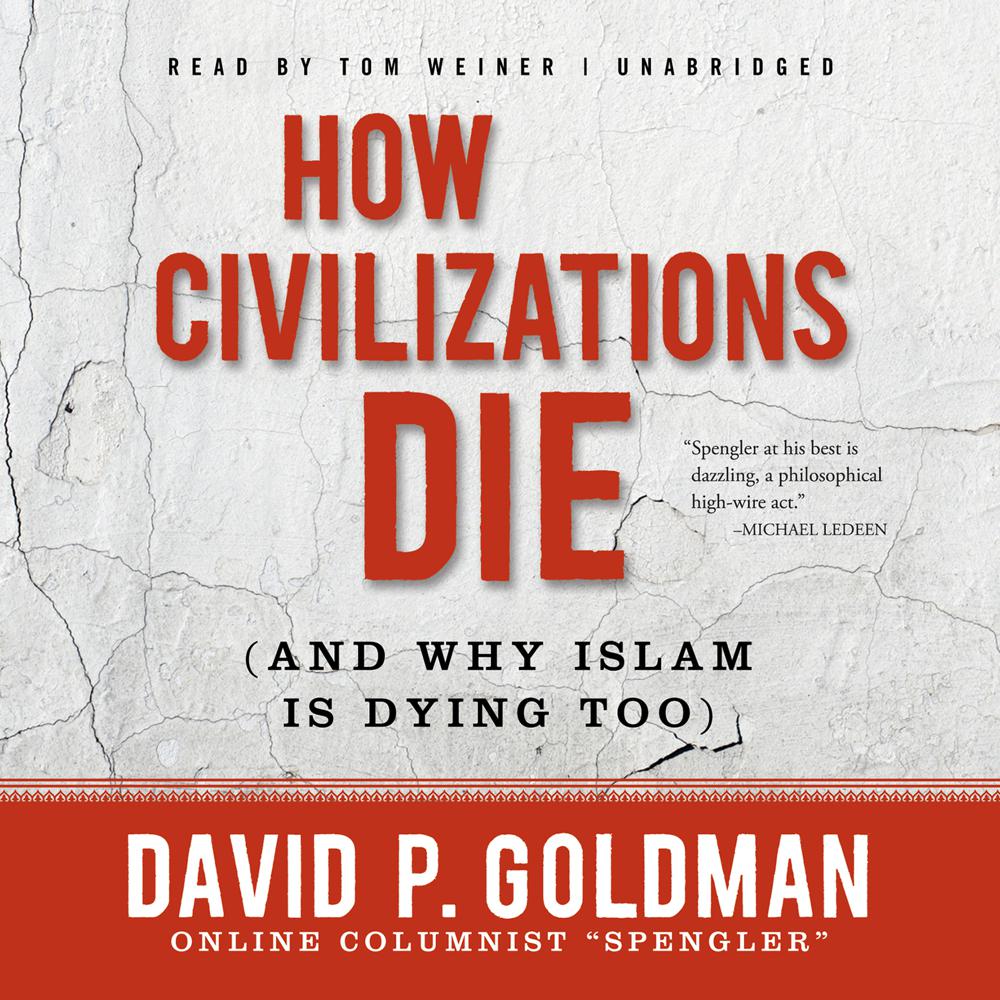 Past and present civilizations fail for many reasons, but the number one predictor of a civilization’s survival is its sense of religion—or lack thereof. So argues First Things columnist David Goldman in How Civilizations Die (and Why Islam Is Dying Too). The strength of a civilization’s religion affects its purpose, its fertility rate, and ultimately, its fate, says Goldman—who then argues that, contrary to popular belief, Islamic countries are in the last throes of death while Christian America is in a position to flourish. Goldman goes on to say that America must embrace our exceptionalism and stop trying to save Muslim countries that are determined to destroy themselves. Original, stunning, and provocative, How Civilizations Die shows the power of religion to save—or doom—a society and why, if we stick to our principles, we will emerge as leader of another American century.

“In How Civilizations Die, David Goldman muses on population trends and religion with a breathtaking depth, originality, and panache. Some of his startling but documented predictions: Europe is in its death throes. Muslim demographic collapse will undercut Islamic triumphalism. The United States and Israel will emerge triumphant. And that’s just the start.”

“Ask anyone in the intelligence business to name the world’s most brilliant intelligence service and we’ll all give the same answer: Oswald Spengler. David P. Goldman’s ‘Spengler’ columns provide more insight than the CIA, MI6, and the Mossad combined.”

“How Civilizations Die is a clever book: sharply constructed, nicely written, and filled with the mischievous spirit that makes a book fun to read. And  yet, most of all, David Goldman has produced a frightening book. This is a horror story, more disturbing than anything from Frankenstein to The Shining—because it’s set in the real world. Our world and its terrifying future.”

“David Goldman has explored the political implications of demography with rare insight. How Civilizations Die (and Why Islam is Dying Too) is a mind-expanding peek into the likely political future of our planet.”

“Spengler at his best is dazzling, a philosophical high-wire act, swinging gracefully from platform to platform.”

“Narrator Tom Weiner’s resonant voice never lets up…Weiner’s understanding of the author’s argument is seamless, and he delivers an authentic and sobering learning experience. For a memorable perspective on some important challenges facing Eastern and Western civilizations, these rich insights will shift or deepen the world affairs paradigms offered by the mainstream media.”