Mighty Be Our Powers
Leymah Gbowee 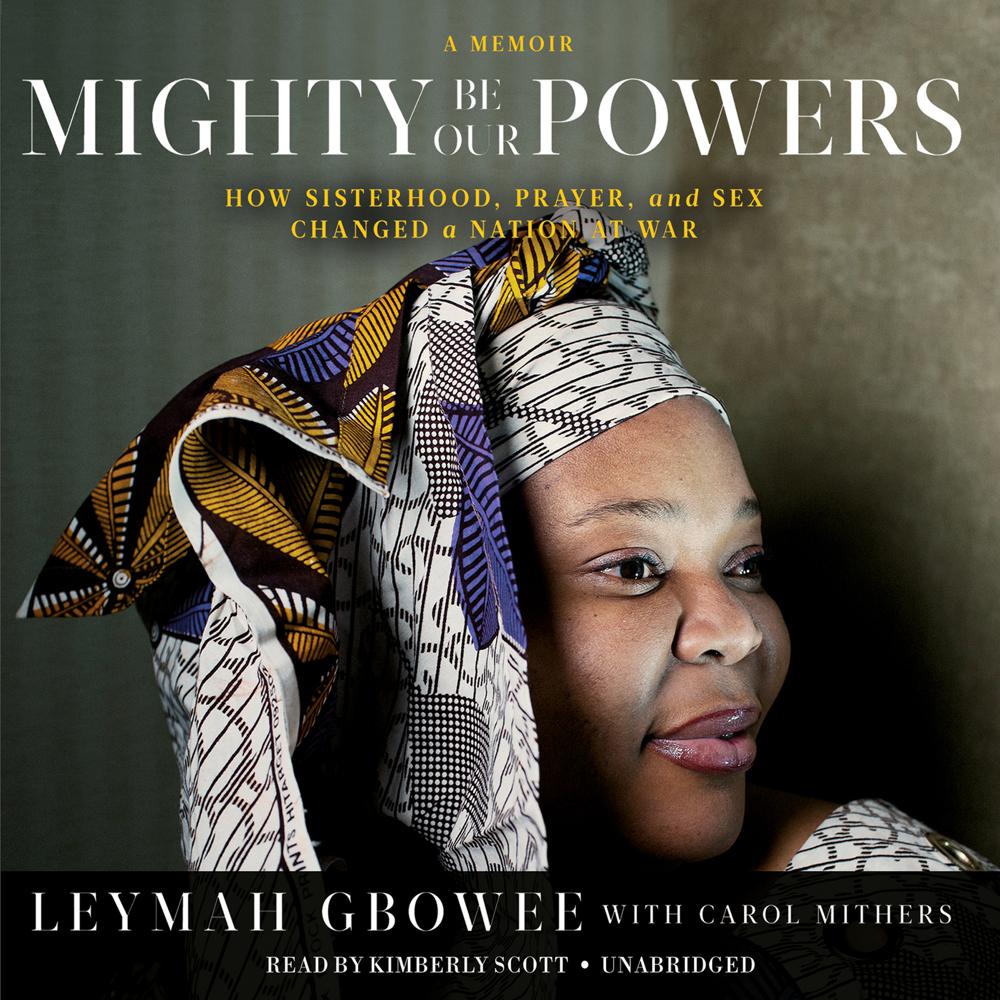 As a young woman growing up in Africa, seventeen-year-old Leymah Gbowee was crushed by a savage war when violence reached her native Monrovia, depriving her of the education she yearned for and claiming the lives of relatives and friends. As war continued to ravage Liberia, Gbowee’s bitterness turned to rage-fueled action as she realized that women bear the greatest burden in prolonged conflicts. Passionate and charismatic, Gbowee was instrumental in galvanizing hundreds, if not thousands of women in Liberia in 2002 to force a peace in the region after twelve years of war. She began organizing Christian and Muslim women to demonstrate together, founding Liberian Mass Action for Peace, launching protests and even a sex strike.

Gbowee’s memoir, Mighty Be Our Powers, chronicles the unthinkable violence she’s faced throughout her life and the peace she has helped broker by empowering hundreds of her countrywomen and others around the world to take action and takes listeners along on her continuing journey as she harnesses the power of women to bring her country peace, saves herself, and changes history.

“Leymah bore witness to the worst of humanity and helped bring Liberia out of the dark. Her memoir is a captivating narrative that will stand in history as testament to the power of women, faith, and the spirit of our great country.”

“So many memoirs focus on the story of a single person who inspires us all with her story and language, but Mighty Be Our Powers is a different, larger, more universal kind of book that tells the story of both Leymah and an entire generation of girls-turned-women-turned-world leaders. Read it—and be inspired.”

“One of the most inspirational and powerful books I’ve ever read. The story of one woman’s struggle against the worst and what she can teach all of us about finding the courage and strength to change the world.”

“An engrossing, fluently written story that anyone who cares about changing the world has to read.”

“Mighty Be Our Powers reminds us that even in the worst of times, humanity’s best can shine through.”

“If you are looking for hope among the many news stories of conflict and violence, you will find it here.”

“Kimberly Scott’s narration is steady, purposeful, and confident—attributes that keep sadness at bay while listening to this story of the war in Liberia that disrupted author Leymah Gbowee’s life when she was a teen.”

“With commanding charity, Gbowee celebrates Liberia’s eight years of peace and continues teaching young women about the power of activism. A patriotic chronicle reverberant with valor and perseverance.”