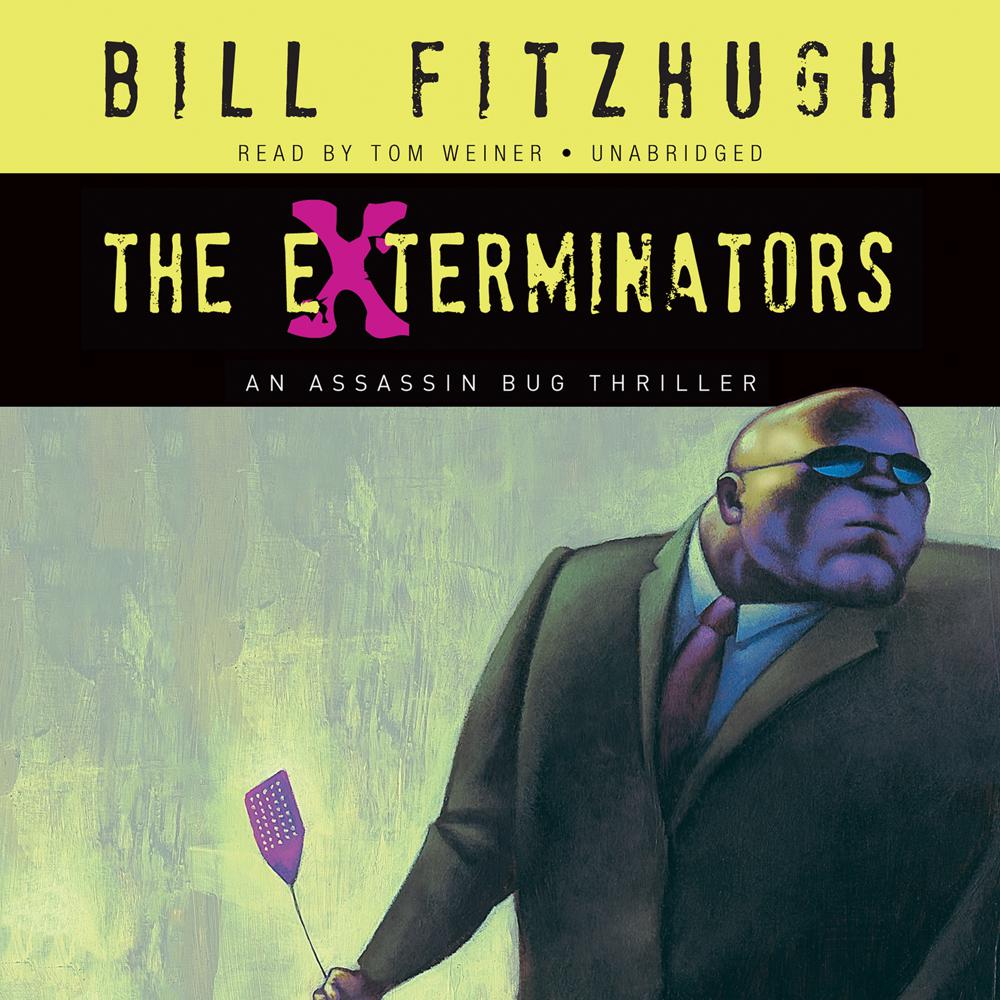 All Bob Dillon ever wanted was a truck with a big fiberglass bug on the roof. All he had to do was survive half a dozen assassination attempts, pull a $10 million con on a Bolivian drug lord, and then fall off the face of the earth with his family and his new best friend, Klaus.

Six years later, in The Exterminators, they surface in Oregon where they continue Bob’s work creating an all-natural means of pest control. But now, instead of crossbreeding different strains of assassin bugs, they’re using advanced gene sequencers to consolidate the perfect insect-killing traits into one deadly bug. There’s only one problem: with all of this seriously expensive DNA tampering, they’re running low on funds. The venture-capital outfit that wants to invest turns out to be a front for DARPA, the Department of Defense agency charged with research and development of exotic weapons. It seems the US government wants to enlist Bob, Klaus, and the bugs in the war on terror. Oh, and did we mention unlimited funding?

With an offer too good to refuse, they move to Los Angeles and get to work. Things go swimmingly until that Bolivian drug lord discovers he was conned out of his $10 million. Vowing revenge, he offers $20 million to whoever kills Bob and Klaus. Some of the world’s best assassins descend on Hollywood, and before you can say “It’s an honor just to be nominated,” the weirdness level reaches apocalyptic heights. It’s a battle pitting the Far Right against the Far Left with Bob stuck in the middle and subjected to some serious post-9/11 thinking.

“Fitzhugh’s second comic thriller featuring bug-killer Bob Dillon has more twists and turns than a cockroach eluding a slipper…Millennial religious fanatics, the film industry, the environment, both mainstream and right-wing media, all play a part in this delightful romp.”

“Fitzhugh’s novels are decidedly offbeat comic thrillers, much like Tim Dorsey’s Serge Storms series, and readers who enjoy either Dorsey or Carl Hiaasen should definitely be pointed in Fitzhugh’s direction. With a plot that escalates from the funny to the borderline surreal and characters who make us laugh pretty much whenever they open their mouths, the book is a real winner.”

“Those madcap bug-wielding assassins from Pest Control are back, and this time the stakes are higher…Despite the high body count, the knockabout drive-in movie plotting and scattershot satire (think Godzilla with a laugh track) are all in good fun.”