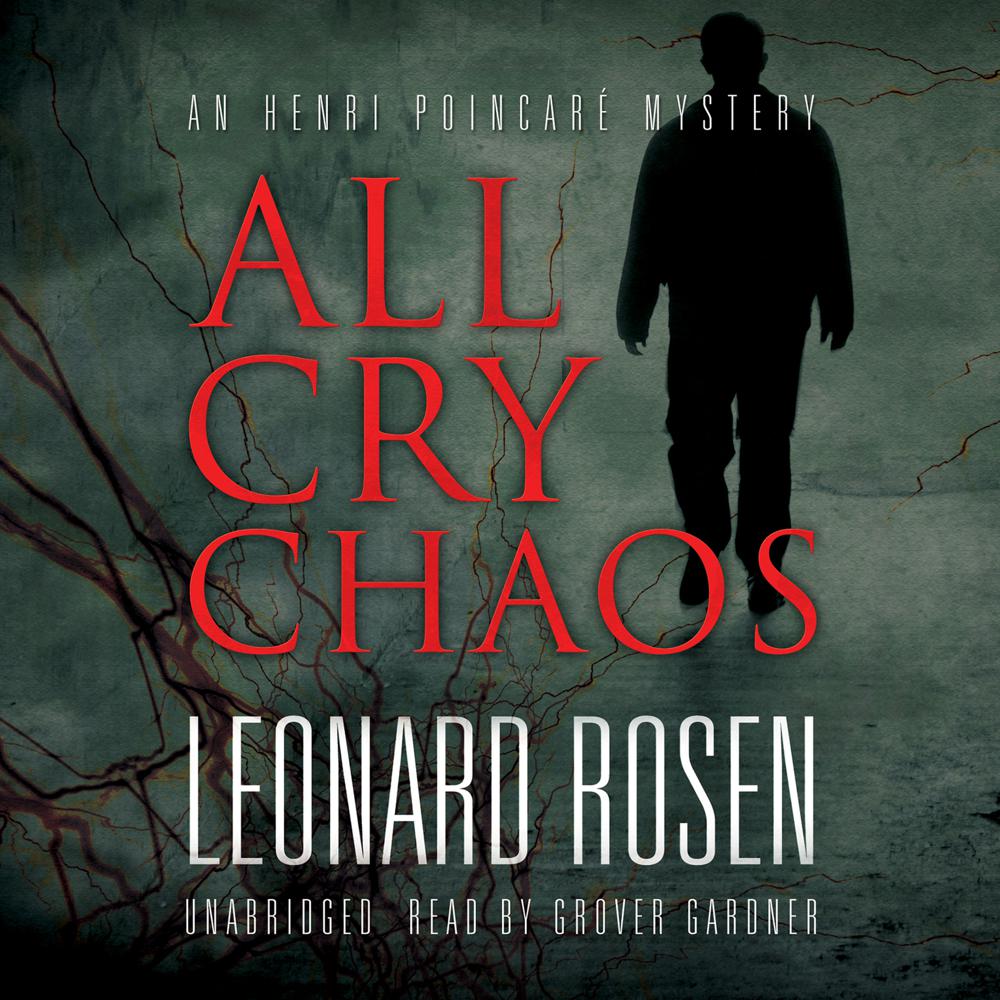 All Cry Chaos, a debut thriller by the immensely gifted Leonard Rosen, is a masterful and gripping tale that literally reaches for the heavens.

The action begins when mathematician James Fenster is assassinated on the eve of a long-scheduled speech at a World Trade Organization meeting. The hit is as elegant as it is bizarre. Fenster’s Amsterdam hotel room is incinerated, yet the rest of the building remains intact. The murder trail leads veteran Interpol agent Henri Poincaré on a high-stakes, world-crossing quest for answers.

Together with his chain-smoking, bon vivant colleague, Serge Laurent, Poincaré pursues a long list of suspects: the Peruvian leader of the Indigenous Liberation Front, Rapture-crazed militants, a hedge fund director, Fenster’s elusive ex-fiancée, and a graduate student in mathematics. Poincaré begins to make progress in America, but there is a prodigious hatred trained on him—some unfinished business from a terrifying former genocide case—and he is called back to Europe to face the unfathomable. Stripped down and in despair, tested like Job, he realizes the two cases might be connected—and he might be the link.

This first installment in the Henri Poincaré series marries sharp, smart mystery to deep religious themes that will keep both agnostics and believers turning pages until the shattering revelatory end. Anyone who enjoys the work of John le Carré, Scott Turow, Dan Brown, and Stieg Larsson will relish Rosen’s storytelling and his resourceful, haunted protagonist. Others will appreciate his dazzling prose. Still others, the way he bends the thriller form in unconventional ways toward a higher cause, in the vein of Henning Mankell in The Man from Beijing. In short, All Cry Chaos promises to become a critical success that garners a broad readership throughout the nation and across the globe.

“A novel of mind and matter, All Cry Chaos is that most rare of books: a thriller in the truest and noblest sense. Rosen creates palpable tension and gut-wrenching drama without resorting to the cheap tricks of movement for movement’s sake or gratuitous violence. Henri Poincaré is both archetypal and completely original, a cop for the ages. I could never have anticipated that philosophy, mathematics, war criminals, the world economy, chaos, and religion would add up to the finest thriller I would ever have the joy of reading.”

“Easily one of the best first novels of the past couple of years.”

“Rosen has a fine detective in Poincaré.”

“Beautifully well written, with interesting and fully developed characters, high-octane tension, elegant mathematical constructs, and human hearts that are both noble and black as the night, All Cry Chaos is one of the best thrillers I have ever read.”

“Only the very best of writers can weave a compelling story from a maze of complicated ideas, and with this deftly crafted novel, Len Rosen has proven himself to be one of them. Drawing not only on crime and the human condition, but on math, economics, and religion as well, All Cry Chaos is both a thinking man’s mystery and a thrilling ride. I look forward to more from its talented creator.”

“Math wizards will delight in trying to unlock the intricacies of Fenster’s findings, but even math phobes who equate high school geometry with stomach spasms will enjoy this first-time novelist’s richly descriptive thriller. Here’s hoping Poincare dodges retirement and adds more adventures to his caseload.”

“Len Rosen’s All Cry Chaos accomplishes the hat trick of mystery writing. On the armature of a well written narrative, he positions the allure of constantly changing places and people both exotic and mundane, the deeply felt personal pain of the Interpol detective who is the main character, and a carefully exposed mystery which grows more appallingly vast and dark the closer the reader gets to it. I don’t think it would be too revealing to say that it is nothing less than the Secret of Everything. Add an apocalyptic cult with a countdown clock to keep the novel’s timing perfect, a sense of dry wit, and the sturdy core of a police procedural and you have one of the best mysteries I’ve read in a long while.”

“All Cry Chaos is a rare gem of a book—an international thriller for smart readers. What The Da Vinci Code did for symbology, Chaos does for mathematical theory.”

“Rosen has written nonfiction and radio essays, but this is his first novel, and it’s an impressive debut. Weaving fractals and chaos theory into an international mystery that also confronts great moral and theological questions, Rosen crafts a literate, complex tale in this first of a series; a prequel will be next. Highly recommended and noteworthy for a scarcity of vulgar language.”

“Calling all fans of fractals, international-criminal conspiracies, and the End of Days: your ship has come in…[A] hugely ambitious debut thriller. First in a proposed series, though it’s hard to imagine its sequels topping it for sheer chutzpah.”