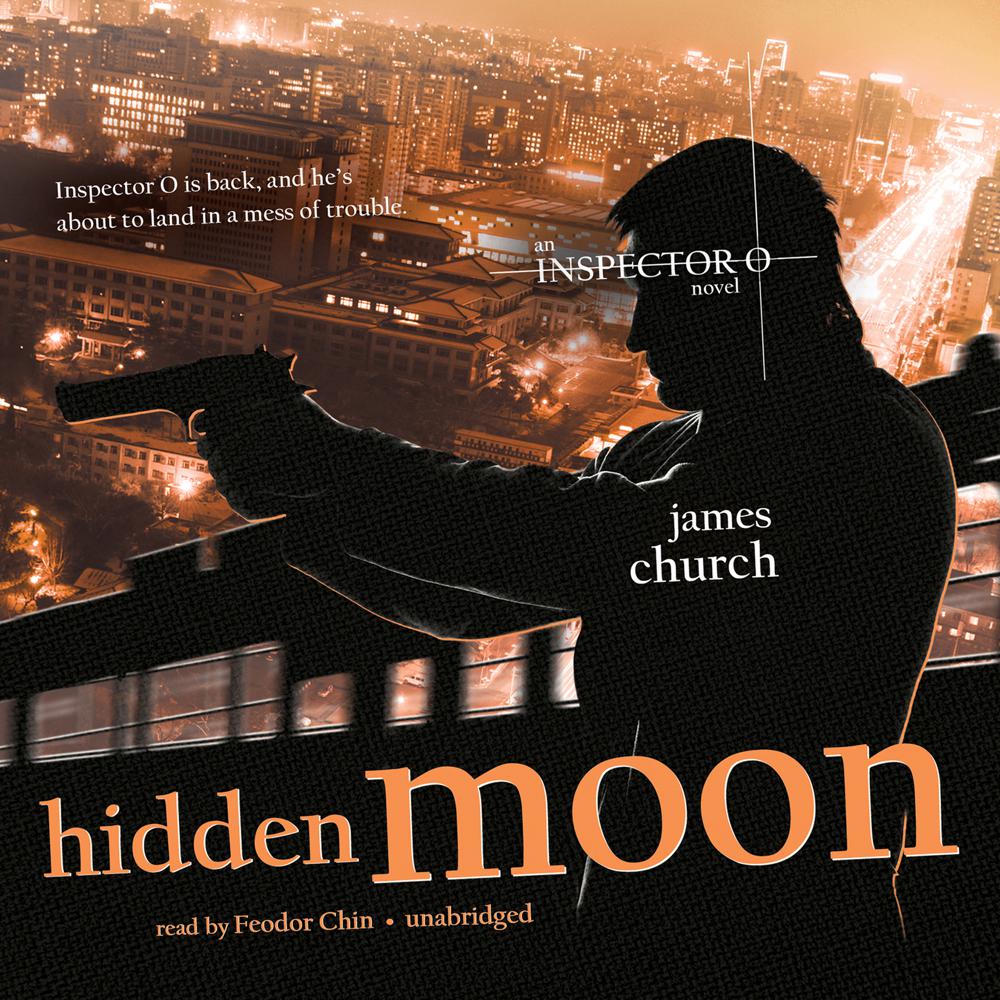 In A Corpse in the Koryo, James Church introduced readers to one of the most unique detectives to appear in print in years—the elusive Inspector O. The stunning mystery was named one of the best mystery/thrillers of 2006 by the Chicago Tribune for its beautifully spare prose and layered descriptions of a terrain Church knows by heart.

And now the Inspector is back.

In Hidden Moon, Inspector O returns from a mission abroad to find his new police commander waiting at his office door. There has been a bank robbery—the first ever in Pyongyang—and the commander demands action, and quickly. But is this urgency for real? Somewhere, someone in the North Korean leadership doesn’t want Inspector O to complete his investigation. And why not? What if the robbery leads to the highest levels of the regime? What if power, not a need for cash, is the real reason behind the heist at the Gold Star Bank?

Given a choice, this isn’t a trail a detective in the Pyongyang police would want to follow all the way to the end, even a trail marked with monogrammed silk stockings. “I’m not sure I know where the bank is,” is O’s laconic observation as the warning bells go off in his head. A Scottish policeman sent to provide security for a visiting British official, a sultry Kazakh bank manager, and a mournful fellow detective all combine to put O in the middle of a spider web of conspiracies that becomes more tangled—and dangerous—the more he pulls on the threads.

Once again, as he did in A Corpse in the Koryo, James Church opens a window onto a society where nothing is quite as it seems. The story serves as the listener’s flashlight, illuminating a place that outsiders imagine is always dark and too far away to know. Church’s descriptions of the country and its people are spare and starkly beautiful; the dialogue is lean, every thought weighed and measured before it is spoken. Not a word is wasted because in this place no one can afford to be misunderstood.

“The book’s often sharp repartee is reminiscent of Raymond Chandler’s dialogue, while the corrupt North Korean bureaucracy provides an exotic but entirely convincing noir backdrop…Like Marlowe and Spade before him, Inspector O navigates the shadows and, every now and then, finds truth in the half-light.”

“Like nothing else I’ve ever read…Church creates an utterly convincing, internally consistent world of the absurd where orders mean the opposite of what they say and paperwork routinely gets routed to oblivion.”

“Church uses his years of intelligence work to excellent advantage here, delivering one duplicitous plot twist after another…The author’s affection for the landscape and people of Korea is abundantly evident…[A] stunning conclusion.”

“The real pleasure of Hidden Moon is its conversations, loaded down with layers of secrecy and suspicion that surface words are meaningless in the face of buried intention.”

“Church’s spartan prose is a perfect match for the sparseness of the North Korean landscape.”

“With wit and efficiency, Church masterfully evokes the challenges of enforcing the law in an authoritarian society and weds the intriguing atmosphere to a fast-moving and engaging plot.”

“The foibles of North Korean bureaucracy are the focus of the Inspector O mysteries, which deliver a tangled web of political and criminal intrigue that fails to disturb the unflappable detective. Feodor Chin accentuates O’s laconic observations. He remains deadpan, in true noir style, in the most dangerous situations and snarled conspiracies. Chin’s hard-boiled drawl contrasts with the voice of O’s commander, Mein, who manipulates and intimidates the inspector with measured pacing and gruff authority.”

“Nothing short of brilliant.”

“O’s second outing is for readers who enjoy the journey more than the destination—especially those who appreciate Church’s stylish prose and incisive portrait of modern North Korea.”