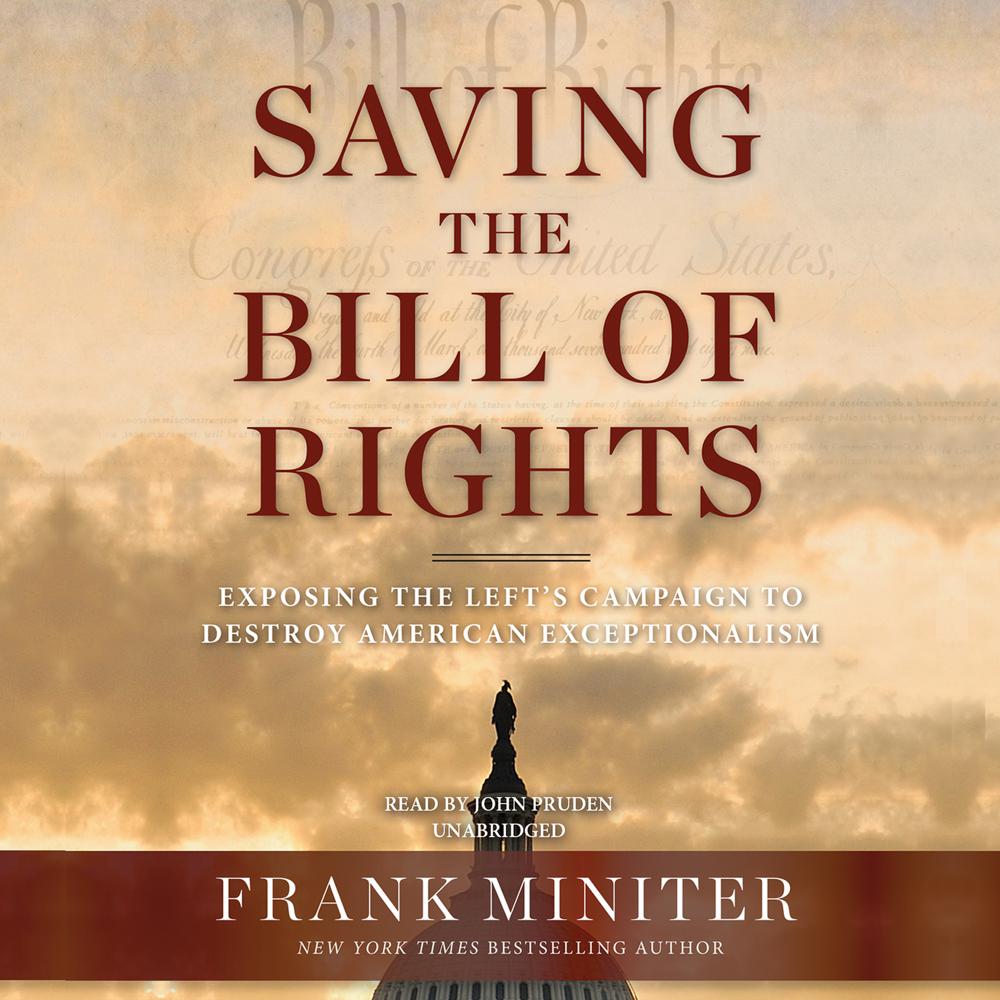 Our Founding Fathers created the Bill of Rights to document our inalienable rights and to strictly limit the government’s power. These ten amendments are the foundation of American Exceptionalism—yet that foundation is quickly eroding. With every new sweeping regulation and invasive policy, the Obama administration is twisting the Bill of Rights and corrupting its true purpose. Here to rescue this sacred document from the leftist politicians and activist liberal judges is bestselling author Frank Miniter with Saving the Bill of Rights: Exposing the Left’s Campaign to Destroy American Exceptionalism.

“Frank Miniter’s superbly written and cogently argued book should be read by all Americans who value their freedoms, which are rapidly being taken away.”

“Clearly written, and propelled by vivid anecdotes to put a human face on the principles of law, Frank Miniter’s superb argument in favor of our most basic rights and the document that sustains them shouldn’t be necessary…but it is.”

“Miniter can think, write, and throw a punch. This is an entertaining and incisive defense of our liberties. You can try to pry the Bill of Rights from Miniter’s cold, dead fingers.”

“True appreciation for freedom’s value requires recognition of its fragility. Saving the Bill of Rights deserves a place in every American home, classroom, and courthouse.”

“The government established by America’s founders to safeguard the rights of citizens has begun dismantling them instead. People call daily about this intrusion into their lives. Frank Miniter’s Saving the Bill of Rights shows us how to restore constitutional rights…and liberty for all.”