Among the Departed
Vicki Delany 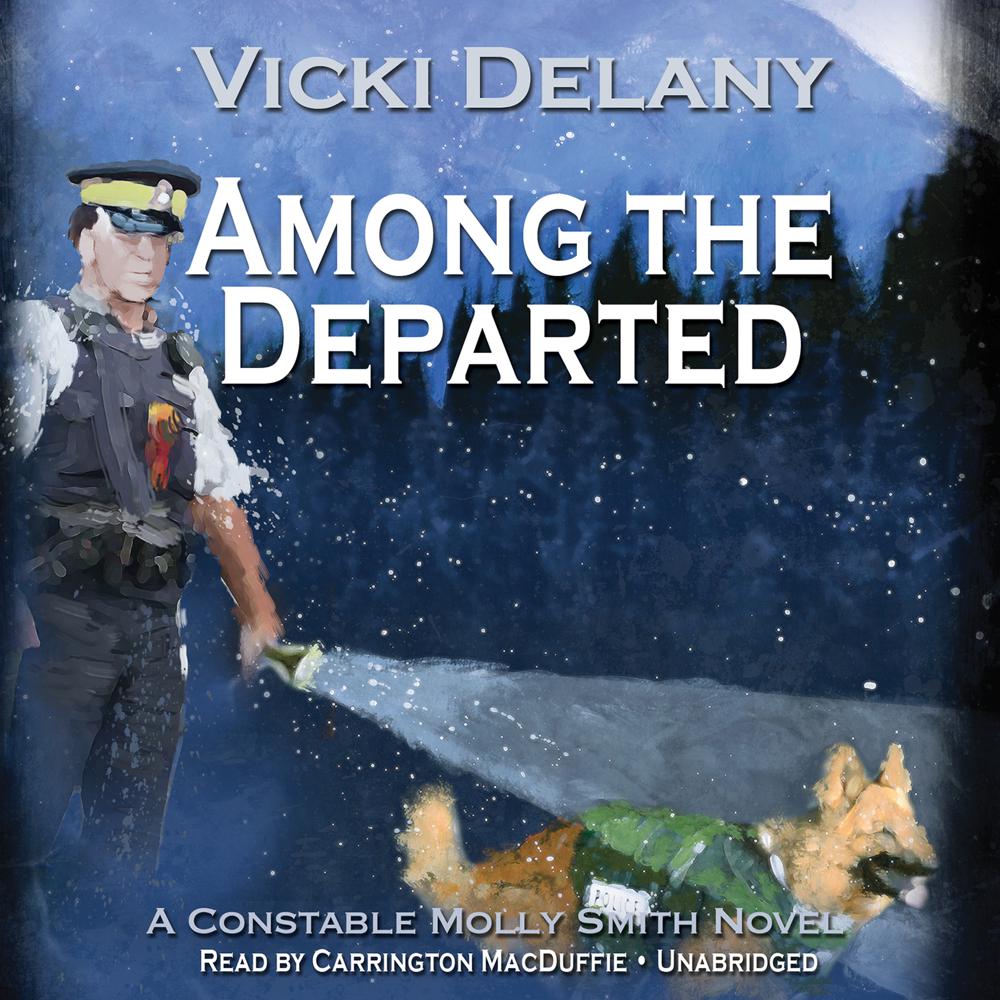 Fifteen years ago, a young girl by the name of Moonlight Smith went to the house of her best friend, Nicky Nowak, for a sleepover. Moonlight joined the family for breakfast the following morning and was then picked up by her mother. Shortly thereafter, Mr. Nowak went for a walk.

He was never seen again.

Autumn has arrived on the mountains above Trafalgar, British Columbia, Canada, and the promise of winter is in the air. Constable Molly Smith is cuddled by the fireplace with Adam Tocek of the Royal Canadian Mounted Police when Tocek and his dog, Norman, are called to a wilderness camping ground to join the search for a little boy who sneaked away from his family looking for bears. The child is found, dirty, terrified, and weeping but unharmed. Then the inquisitive Norman digs up something else: human bones.

The ID isn’t positive, but it is enough to have Sergeant John Winters of the Trafalgar City Police pulling old boxes from the basement to reopen the Brian Nowak investigation. He finds a family shattered beyond recognition by Brian’s disappearance. Mrs. Nowak is an empty shell of a woman, dressed in pajamas, never leaving the house. Her son, Kyle, haunts the streets of Trafalgar at night and spends his days creating beautiful but highly troubling art. Nicky Nowak lives in Vancouver and has grown up to be gorgeous, charming, elegant. Yet behind that façade lies a woman whose heart has closed so tightly against human relationships that she comes to Trafalgar trailing in her wake a terrifying threat to another innocent family.

As the investigation into the life and disappearance of Brian Nowak grows, old secrets are brought to light and new ones struggle to remain hidden.

Among the Departed is more than a mystery novel: it is also a story of love—love new and old, long-concealed, life-affirming, and fatal.

“Hits a new high…Energized writing that enriches the storyline triggers our imagination to enter the lives of the characters Delany has so skillfully crafted…Among the Departed is mystery fiction that uses the genre as a creative tool for story telling that touches the spirit.”

“By using western Canada as her setting, Delany gives us a breathtaking vista, in which she places her deceptively minimalist plots. Her exceptional ability to create characters, both realistic and sometimes creepy, makes this another terrific addition to her outstanding body of work.”

“The beautiful setting nicely frames this village police procedural, which boasts well-delineated characters and combines police investigation with the life of cops on the beat.”

“Delany invigorates the cozy genre with an unsparing look at love in all its variations, including coming to terms with it the second time around.”