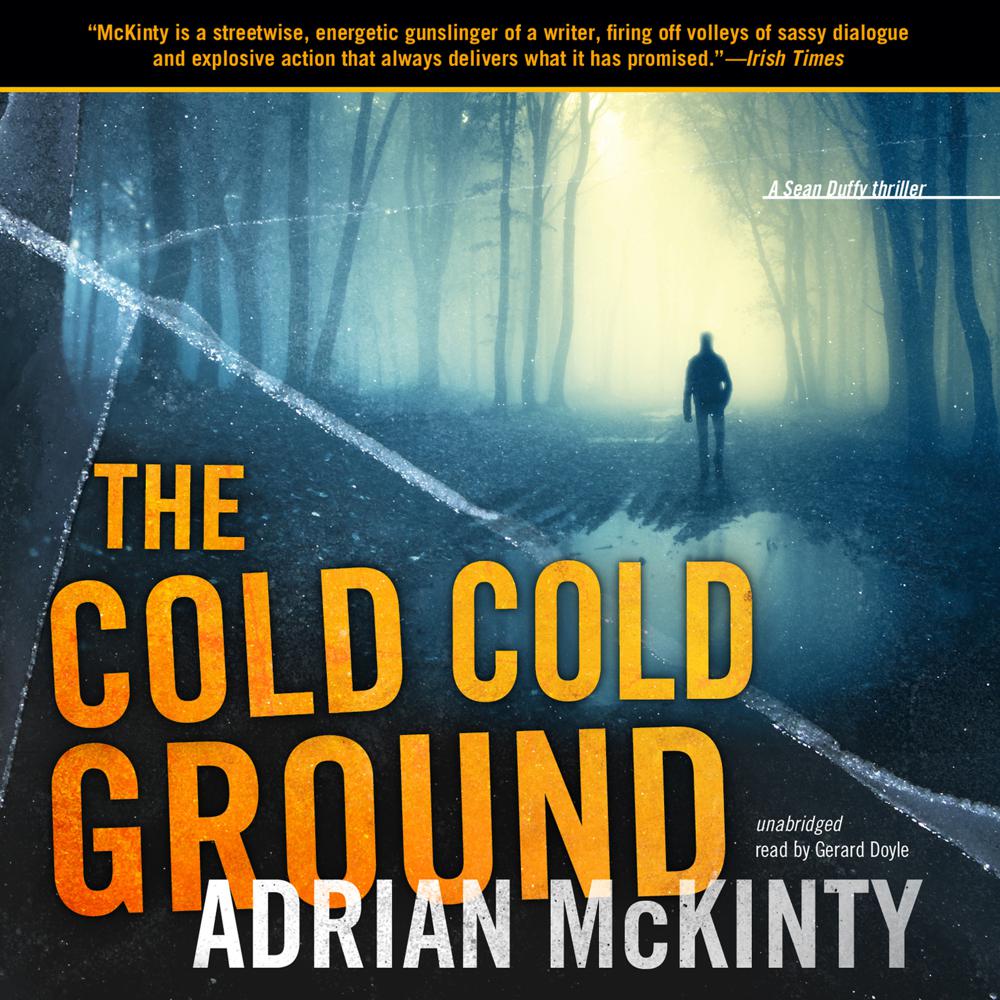 Northern Ireland, spring 1981. Hunger strikes, riots, power cuts, a homophobic serial killer with a penchant for opera, and a young woman’s suicide that may yet turn out to be murder: on the surface, the events are unconnected, but then things—and people—aren’t always what they seem. Detective Sergeant Duffy is the man tasked with trying to get to the bottom of it all. It’s no easy job—especially when it turns out that one of the victims was involved in the IRA but was last seen discussing business with someone from the loyalist Ulster Volunteer Force. Add to this the fact that, as a Catholic policeman, it doesn’t matter which side he’s on, because nobody trusts him, and Sergeant Duffy really is in a no-win situation. Fast-paced, evocative, and brutal, The Cold Cold Ground is a brilliant depiction of Belfast at the height of the Troubles—and of a cop treading a thin, thin line.

“The Cold Cold Ground is a razor-sharp thriller set against the backdrop of a country in chaos, told with style, courage, and dark-as-night wit. Adrian McKinty channels Dennis Lehane, David Peace, and Joseph Wambaugh to create an utterly brilliant novel with its own unique voice.”

“Adrian McKinty’s The Cold Cold Ground has gotten onto my five best of the year list as it is riveting, brilliant, and just about the best book yet on Northern Ireland.”

“If Raymond Chandler had grown up in Northern Ireland, The Cold Cold Ground is what he would have written.”

“The rage, dissent, and blind self-interest of ‘the Troubles’ are the perfect backdrop for this brutal noir masterpiece.... For all of its brutality, the book is subtle and nuanced.... Duffy [is] the keen observer, the perfect protagonist. A righteous man who unwillingly takes his pursuit of justice into the realm of moral ambiguity.”

“McKinty belongs to a crew of much praised Irish crime novelists that includes John Connolly, Declan Burkem and Ken Bruen.”

“The Cold Cold Ground confirms McKinty as a writer of substance…What makes McKinty a cut above the rest is the quality of his prose. His driven, spat-out sentences are more accessible than James Ellroy’s edge-of-reason staccato, and he can be lyric…The names of David Peace and Ellroy are evoked too often in relation to young crime writers, but McKinty shares their method of using the past as a template for the present. The stories and textures may belong to a different period, but the power of technique and intent makes of them the here and now. There’s food for thought in McKinty’s writing, but he is careful not to lose the force of his narrative in introspection. The Cold Cold Ground is a crime novel, fast-paced, intricate, and genre to the core.”

“Detective Sergeant Sean Duffy…could well become a cult figure…McKinty has established a good track record in the genre and in his return to his native sod for he shows that he has not lost his touch or his eye for the bizarre and the macabre or his ear for the Belfast accent and argot…McKinty creates a marvelous sense of time and place; an evocation of darkness and horror, of corruption and collusion, of the fraught life of a policeman, of the domination of areas by paramilitary groups at war with each other and with the British state but colluding on drugs and criminality, the immediacy of death and the cheapness of life…A ripping yarn…There will be many readers waiting for the next adventure of the dashing and intrepid Sergeant Duffy.”

“Tropes are tropes for good reason. The important crime fiction ones are present and accounted for here—a serial killer who purposely leaves clues, a cop who’s on to him, procedural and forensic nitty-gritty. Yet McKinty can startle with bouts of lyrical scene-setting that could only come from the fingertips of someone who grew up in the environment…Your reviewer was born the year The Cold Cold Ground is set in, and such passages work better at painting a picture than any episode of Reeling in the Years.”

“Written in a terse style, the novel is a literary thriller that is as concerned with exploring the poisonously claustrophobic demi-monde of Northern Ireland during the Troubles and the self-sabotaging contradictions of its place and time as it is with providing the genre’s conventional thrills and spills. The result is a masterpiece of Troubles crime fiction: had David Peace, Eoin McNamee, and Brian Moore sat down to brew up the great Troubles novel, they would have been very pleased indeed to have written The Cold Cold Ground.”

“Adrian McKinty is fast gaining a reputation as the finest of the new generation of Irish crime writers, and it’s easy to see why on the evidence of this novel, The Cold Cold Ground, the first in a projected trilogy of police procedurals.”

“No question, The Cold Cold Ground is an exciting launch for what is sure to be an anticipated crime series. Great detective stories are built on three key elements—setting, story, and protagonist—and this one deploys each one magnificently. The setting—Northern Ireland in 1981, during the hunger strikes—is portrayed with frightening detail. The clever story evolves slowly as plot points are pinned to cultural biases that transcend “The Troubles”—for example, homosexuality and unwed motherhood. Police detective Sean Duffy wins us over chapter by chapter with his tenacity; his swaggering, witty dialogue; and his record collection—he spins The Velvet Underground when in need of a lift. The audiobook exceeds all expectations because of narrator Gerard Doyle. His storytelling is understated, and his dialect work is remarkable. This is the ninth collaboration between author and narrator, and this team totally rocks. Winner of AudioFile Earphones Award.”

“A journey into a terrifying and almost dreamlike labyrinth of violence and betrayal, The Cold Cold Ground certainly won't let the reader go. It's the first novel of a trilogy that promises to be a superb read.”

“Irish novelist McKinty returns to his roots with the first book of the Troubles trilogy, set in his hometown during the time he grew up. At the height of conflict between the Catholic IRA and Protestant paramilitary factions in 1981, Sean Duffy, a Catholic police sergeant in the Protestant town of Carrickfergus, near Belfast, gets an unusual case. Two gay men have been murdered, their right hands severed (the classic modus for killing an informant) and switched between the two bodies. Duffy initially suspects a serial killer, but when no more gay men are targeted, he comes to believe that the second killing was done simply to cover up the first, in which the head of the IRA’s feared internal security force was the victim. Even after the case is reassigned, Duffy defies orders and keeps digging, coming up against corruption and collusion. Everything in this novel hits all the right notes, from its brilliant evocation of time and place to razor-sharp dialogue to detailed police procedures. McKinty, author of the Forsythe and Lighthouse Trilogies, has another expertly crafted crime trilogy going here, and readers will want to see what he does in the concluding two books.”

“It’s undoubtedly McKinty’s finest novel: a visceral journey to the heart of darkness that was 1980s Northern Ireland. Written with intelligence, insight, and wit, McKinty exposes the cancer of corruption at all levels of society at that time. Sean Duffy is a compelling detective, the evocation of the period is breathtaking, and the atmosphere authentically menacing. A brilliant piece of work which does for the North what Peace’s Red Riding Quartet did for Yorkshire.”

“The Cold Cold Ground confirms McKinty as a writer of substance…A crime novel, fast-paced, intricate, and genre to the core.”

“A fascinating look at everyday life in Northern Ireland during ‘the Troubles.’ The protagonist is clever and funny, the interaction of the police and various factions is eye-opening, and the mystery is intriguing, with an unexpected twist at the end.”