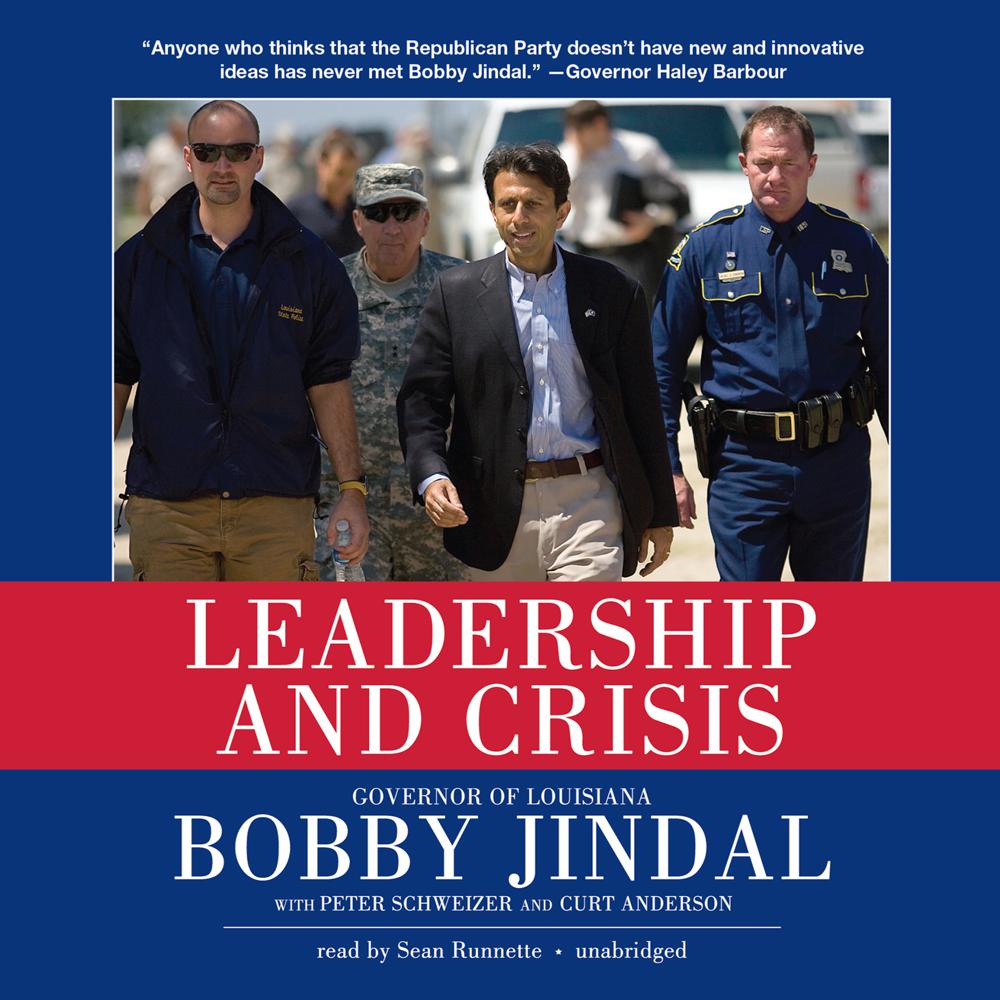 From day one of the BP oil spill, Louisiana governor Bobby Jindal acted as a leader in a crisis should: quickly and decisively—providing a stark contrast to President Obama, who dithered and bogged down the containment process with needless bureaucracy.

InLeadership and Crisis, Jindal reveals the extent of the Obama administration's incompetence during the oil spill and shows why commonsense conservative solutions are exactly what we need to solve all of our nation's biggest problems. Tackling everything from Obamacare and the economy to environmental and energy issues, Jindal presents his own solutions to today's most pressing problems—and proves why the principles of limited government and conservative leadership are the key to getting America back on her feet. Blending Jindal's unique personal story with the current events of today,Leadershipand Crisisreminds us how a true leader should act and reveals how we can restore America to greatness through the timeless principles put forth by our Founding Fathers and the Constitution.

“From a massive oil spill off the coast of Louisiana to two major hurricanes, Bobby Jindal’s competent, no-nonsense, hands-on leadership has brought comfort to a state that had lost confidence in its leaders. Whether it’s ethics, education, or healthcare, Bobby has emerged as one of the most talented, reform-minded governors in the nation.”

“Bobby Jindal’s principled leadership shows that conservative ideas applied to today’s problems can net real results. He is emerging as one of the nation’s most competent leaders.”

“I don’t agree with the guy on everything, but Governor Jindal has provided competent, honest, and personable leadership throughout some of Louisiana’s toughest times.”

“If you are looking for a take-charge guy, a leader who understands the need for quick, strong, and decisive action, look no further than Louisiana governor Bobby Jindal.”