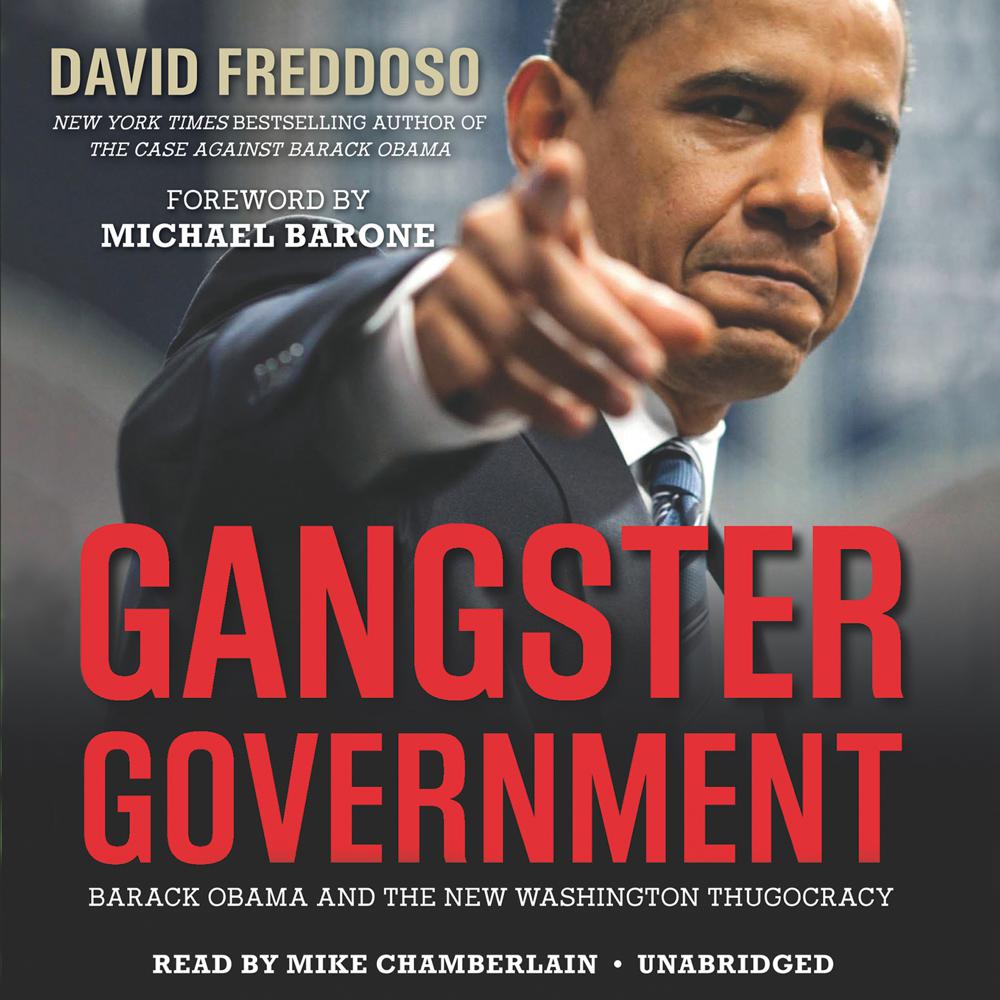 Bribery … coercion … intimidation. Sounds like a movie review of The Godfather, but unfortunately we're talking about your federal government. So says bestselling author David Freddoso. InGangster Government: Barack Obama and the New Washington Thugocracy, Freddoso exposes how the Obama administration bears a closer resemblance to the mob than to a government of the people, by the people, and for the people. Laying bare the backdoor deals, threats, and pay-to-play schemes Obama uses to push his policies on unsuspecting voters, Gangster Government proves that Obama is more concerned with protecting his friends and punishing his enemies than doing right by the American public.

In this shocking book, Freddoso reveals: who really benefited from the auto industry bailout and the stimulus package (it wasn't the car companies or the American people); how Obama and his EPA cronies are setting up a protection racket to control fossil fuels; why trial lawyers will benefit from Obamacare more than anyone else; and much more.

Controversial and compelling, Gangster Government reveals an administration that is so corrupt, it would make Al Capone blush.

“The Nobel Committee should read Gangster Government before it gives our president another peace prize.”

“Somehow Barack Obama has gotten away with pretending to be a good-government guy and a scourge of the special interests. David Freddoso’s Gangster Government is the potent antidote to this spin. With lively detail and devastating analysis, Freddoso reveals how the president and his administration use the brute force of government to squelch criticism, punish enemies, and even steal from those who stand in their way. Fawning journalists have likened Obama to Lincoln, FDR, JFK, and Reagan—this book shows that Obama is more akin to Nixon.”

“David Freddoso, one of America’s finest reporters, has written a masterpiece exposé on Barack Obama’s first two years in the Oval Office. Gangster Government gives readers the detailed inside scoop on an administration populated by officials who ignore the constitutional limits on government while abusing the power of the state to reward their friends and punish their enemies.”

“Gangster government is always a danger, whoever is in power. It is a greater danger the more government is deeply enmeshed with the private sector and when its leaders believe that rules should be bent or ignored in order to benefit favored constituencies. So thanks to David Freddoso for providing a report that enables citizens to decide just how far gangster government has gone in this administration.”