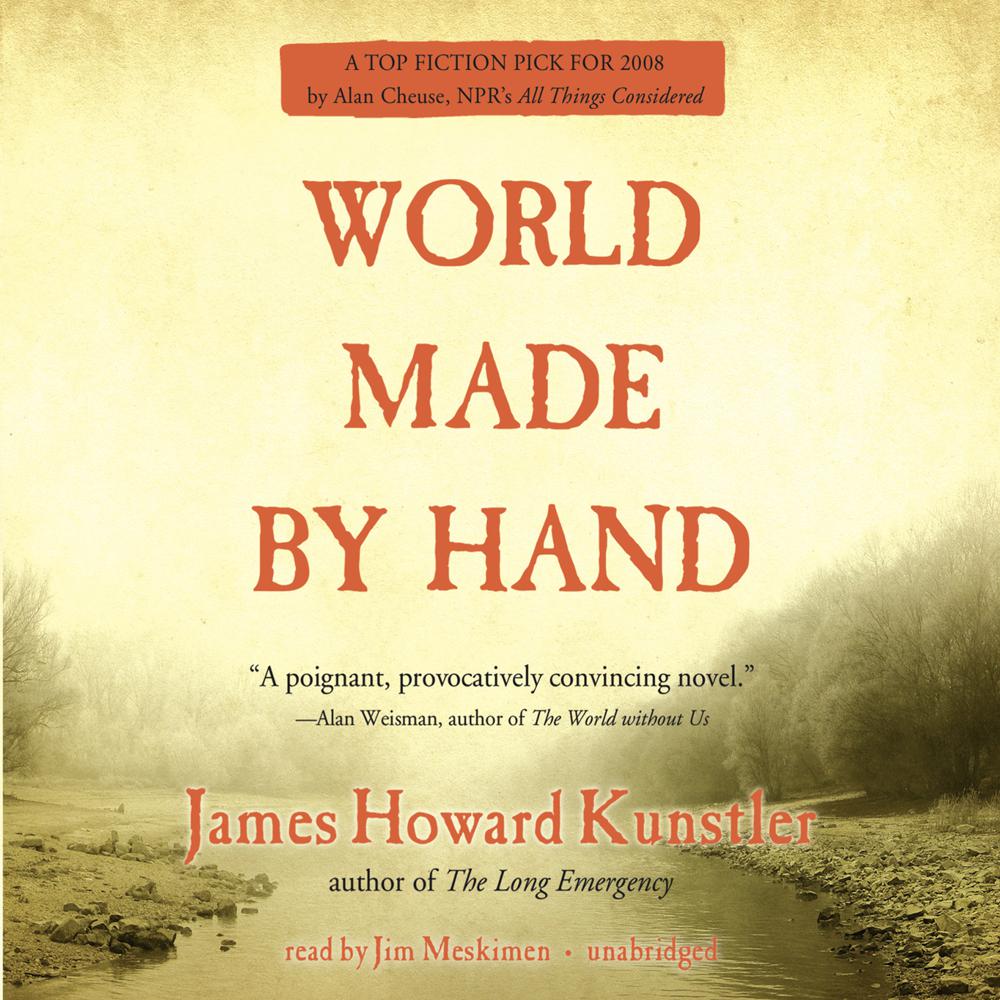 In The Long Emergency, celebrated social commentator James Howard Kunstler explored how the terminal decline of oil production combined with climate change had the potential to put industrial civilization out of business. In World Made by Hand, an astonishing work of speculative fiction, Kunstler brings to life what America might be, a few decades hence, after these catastrophes converge.

The electricity has flickered out. The automobile age is over. In Union Grove, a little town in upstate New York, the future is nothing like people thought it would be. Life is hard and close to the bone. Transportation is slow and dangerous, so food is grown locally at great expense of time and energy, and the outside world is largely unknown. There may be a president, and he may be in Minneapolis now, but people aren’t sure. The townspeople’s challenges play out in a dazzling, fully realized world of abandoned highways and empty houses, horses working the fields and rivers, no longer polluted, and replenished with fish.

This is the story of Robert Earle and his fellow townspeople and what happens to them one summer in a country that has changed profoundly. A powerful tale of love, loss, violence, and desperation, World Made by Hand is also lyrical and tender, a surprising story of a new America struggling to be born—a story more relevant now than ever.

“Far from a typical postapocalyptic novel…An impassioned and invigorating tale whose ultimate message is one of hope, not despair.”

“World Made by Hand is an end-of-days novel that is more a pleasure than a burden to read.”