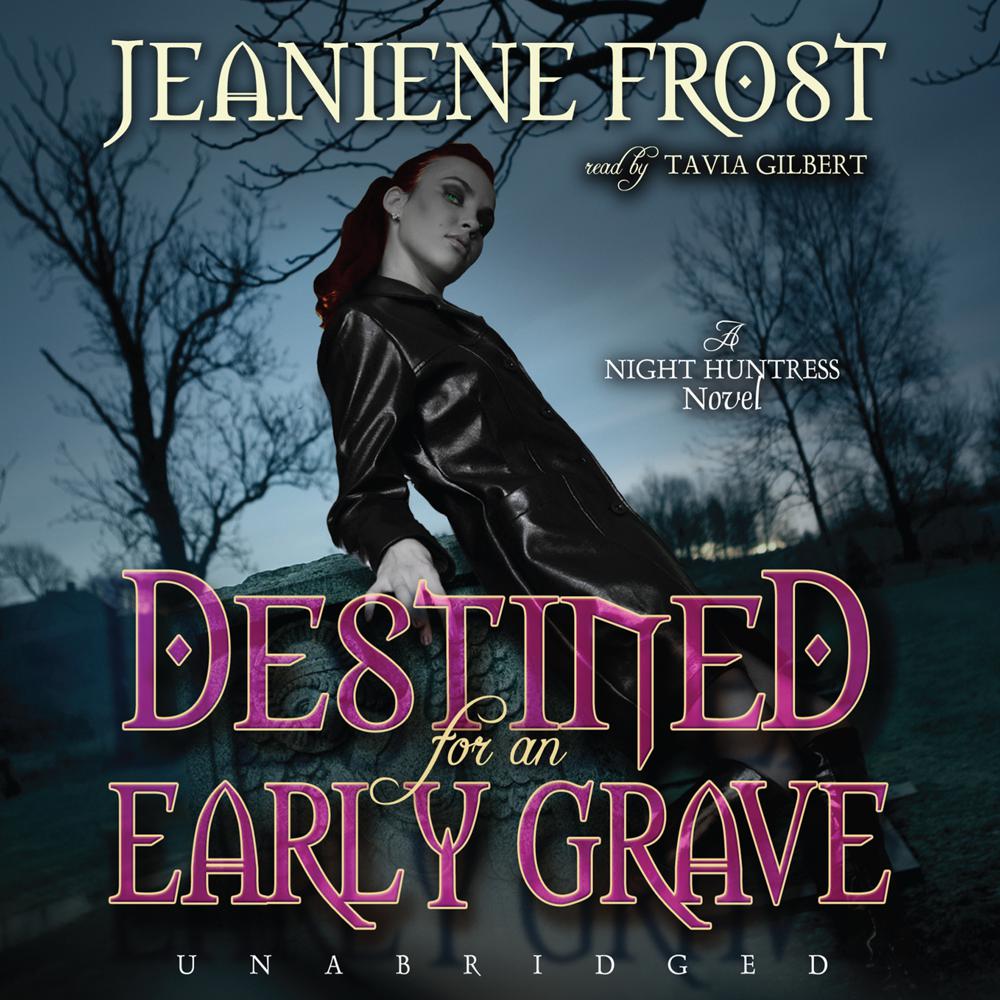 Since half-vampire Cat Crawfield and her undead lover Bones met six years ago, they’ve fought against the rogue undead, battled a vengeful Master vampire, and pledged their devotion with a blood bond. Now it’s time for a vacation. But their hopes for a perfect Paris holiday are dashed when Cat awakes one night in terror. She’s having visions of a vampire named Gregor, who’s more powerful than Bones and has ties to her past that even Cat herself didn’t know about.

Gregor believes Cat is his and won’t stop until he has her. As the battle begins between the vamp who haunts her nightmares and the one who holds her heart, only Cat can break Gregor’s hold over her. She’ll need all the power she can summon in order to bring down the baddest bloodsucker she’s ever faced—even if getting that power will result in an early grave.

“Destined for an Early Grave holds big changes and many surprises for fans of the series, and should not be missed.”

“Tavia Gilbert maintains her usual brisk pace; she lends heat to the spicy parts and effectively renders Bones’ anguish over his perceived relationship with Cat.”

“Remarkable…Frost never shies away from forcing her protagonists to face both internal and external demons. That character complexity is a major reason for this series’ impressive success. Frost’s dazzling blend of urban fantasy action and passionate relationships makes her a true phenomenon.”