Heart of the City
Ariel Sabar 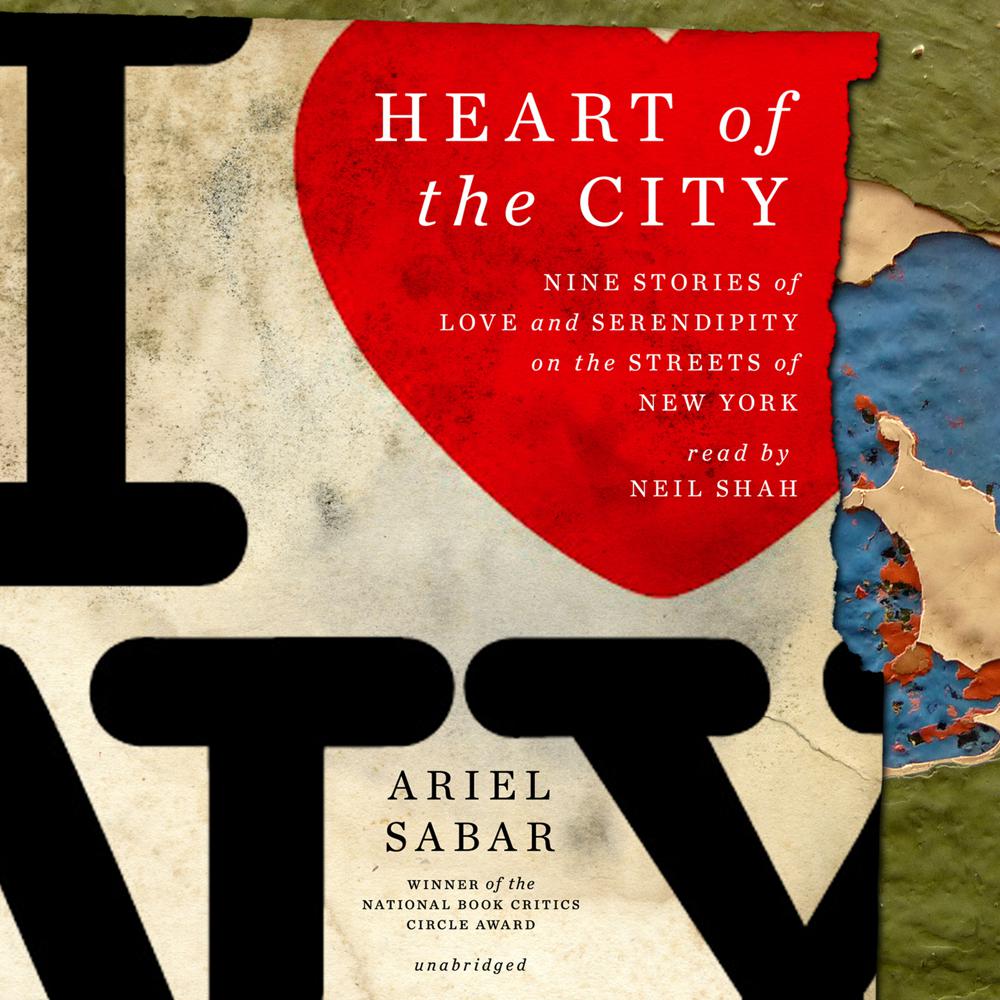 The handsome Texas sailor who offers dinner to a runaway in Central Park. The Midwestern college girl who stops a cop in Times Square for restaurant advice. The Brooklyn man on a midnight subway who helps a weary tourist find her way to Chinatown. The Columbia University graduate student who encounters an unexpected object of beauty at the Metropolitan Museum of Art.

A public place in the world’s greatest city. A chance meeting of strangers. A marriage. Heart of the City tells the remarkable true stories of nine ordinary couples—from the 1940s to the present—whose matchmaker was the city of New York.

Intrigued by the romance of his own parents, who met in Washington Square Park, award-winning author Ariel Sabar set off on a far-ranging search for other couples who married after first meeting in one of New York City’s iconic public spaces. Sabar conjures their big-city love stories in novel-like detail, drawing us into the hearts of strangers just as their lives are about to change forever. In setting the stage for these surprising, funny, and moving tales, Sabar, winner of the National Book Critics Circle Award, offers a fascinating look at the role of place in how—and whether—people meet and fall in love.

“[Sabar] not only reports on the science of attraction in man-made environments…but also, more compellingly, offers true stories as evidence.”

“An engaging, moving and lively read…Written in novelistic style…each of these nine stories define serendipity and provoke wonder.”

“The stories touch the heart. They are poignant, compelling, absorbing, romantic, and just flat-out sweet. Reading them, even hardened cynics will feel the urge to hug someone."

“Sabar’s thoroughly engaging Heart of the City profiles nine couples who met at famous New York City public spaces…Sabar has teased out each of these couples’ magnificent, ordinary stories and compiled them into a sparkling love letter to the city.”

“Ask anyone from Woody Allen to Carrie Bradshaw: there’s no love story quite like a New York love story.  In Heart of the City Ariel Sabar tells nine true—and very moving—stories of people who met in the Big Apple.”

“With each story I felt like I was watching a mini movie. I couldn’t put the book down, which led to many late nights…This collection affirmed my belief that people can find true love in life if they keep their eyes open.”