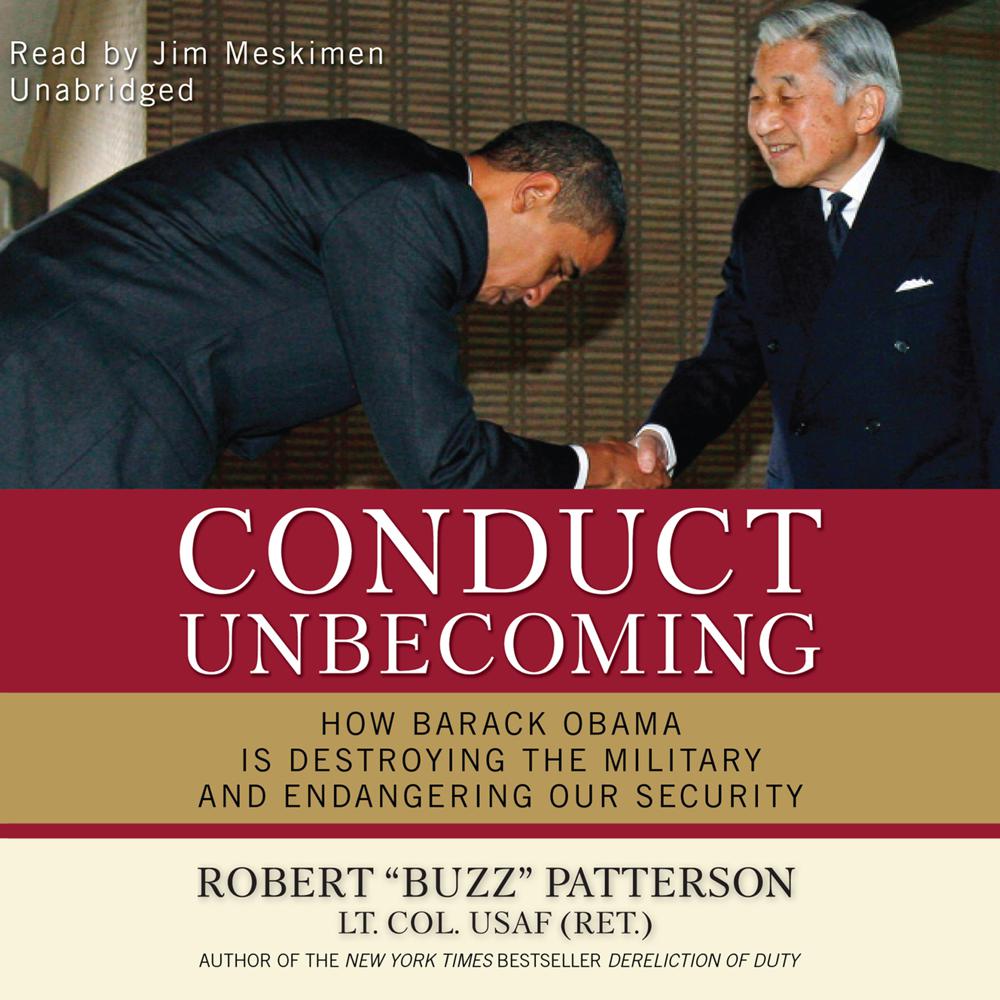 In Conduct Unbecoming, Lieutenant Colonel Robert Patterson, New York Times bestselling author and former senior military aide to President Clinton, exposes how President Barack Obama’s national security policies are weakening our military and endangering America’s safety. From underfunding and misusing the military to his “Apology Tour” across Europe and the Middle East, President Obama has made America more vulner­able with both our allies and our enemies. In Conduct Unbecoming, you’ll discover how Obama is not listening to his generals’ recommendations on Afghanistan, how Obama’s first two acts as commander-in-chief weakened our national secu­rity and military, and how Obama’s feckless diplomatic efforts with other countries are severely threat­ening our national security.

Shocking and controversial, Conduct Unbecoming reveals how President Obama’s disregard for the military and a strong foreign policy is exposing us to unprecedented risks in the twenty-first century.

“Buzz Patterson thought he’d seen it all as the military aide to President Bill Clinton. Turns out, he was wrong. Barack Obama is worse, much worse, and his failures as America’s commander-in-chief are profoundly affecting the US military and our ability to win the great ideological battle with Islamic extremism. Read this book. It will educate you and shock you at the same time. Brilliant read.”

“Humorist P. J. O’Rourke has said that putting Democrats in charge of foreign policy is like giving the car keys and a bottle of whiskey to a teenager. Buzz Patterson explains here why this is no joke.”

“Buzz Patterson’s words are harsh, but his conclusion is inescapable. Today’s Democrats cannot be trusted with America’s defense.”