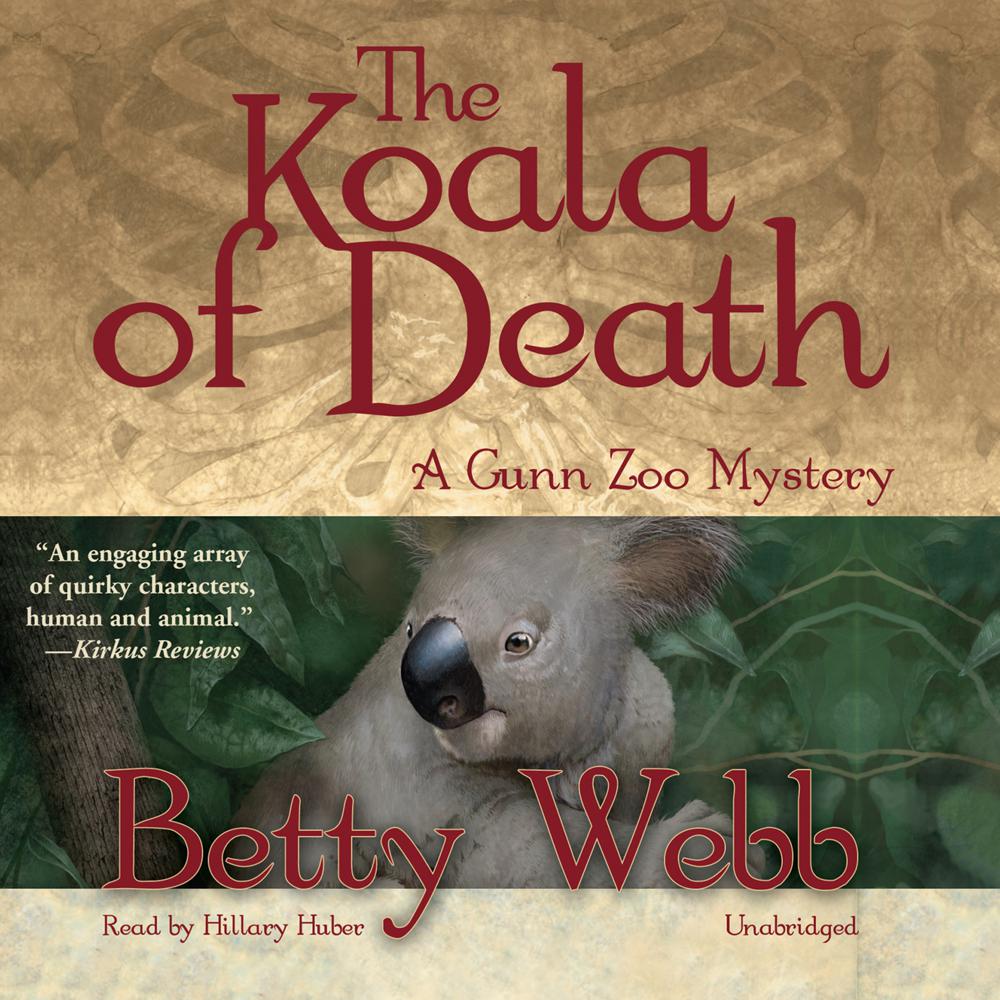 When zoo keeper Theodora "Teddy" Bentley fishes the body of Koala Kate out of Gunn Landing Harbor, she discovers that her fellow zoo keeper didn't drown—she was strangled. The clues to Koala Kate's killer implicate other animal keepers at the Gunn Zoo, including Outback Bill, marsupial keeper and Kate's Aussie ex-boyfriend; and Robin Chase, the big cat keeper who's got it in for Teddy. Also displaying suspicious behavior are Speaks-to-Souls, a shady "animal psychic," and Caro, Teddy's much-married, ex-beauty queen mother. But murderers aren't all Teddy has to worry about. Her embezzling father is still on the run from the Feds, and the motor on her beloved houseboat is failing. To pay for the repairs, Teddy agrees to appear on a weekly live television broadcast featuring misbehaving animals that range from a cuddly koala to a panicky wallaby—and all hell breaks loose in the studio. To add to Teddy's woes, the killer zeroes in on her with near-fatal results.

The Koala of Death returns to Gunn Zoo and the social-climbing humans and eccentric animals that made the prizewinning The Anteater of Death so popular. Listeners will enjoy this behind-the-scenes peek at zoo life and learn that poor little rich girls like Teddy lead much more complicated lives that they'd ever imagine—especially when they're tracking killers.

“Playful…Webb warmly evokes the unconventional worlds of zoo and marina. Readers don’t even have to be animal lovers to enjoy watching, say, a pushy television host get her comeuppance from a mischievous lemur.”

“From mucking out the cages to carrying a lemur with a loose sphincter onto a TV set, Teddy’s adventures will appeal to fans of animal-themed cozies.”

“Teddy’s second adventure will appeal to animal lovers who enjoy a bit of social satire with their mystery.”