Did Not Survive
Ann Littlewood 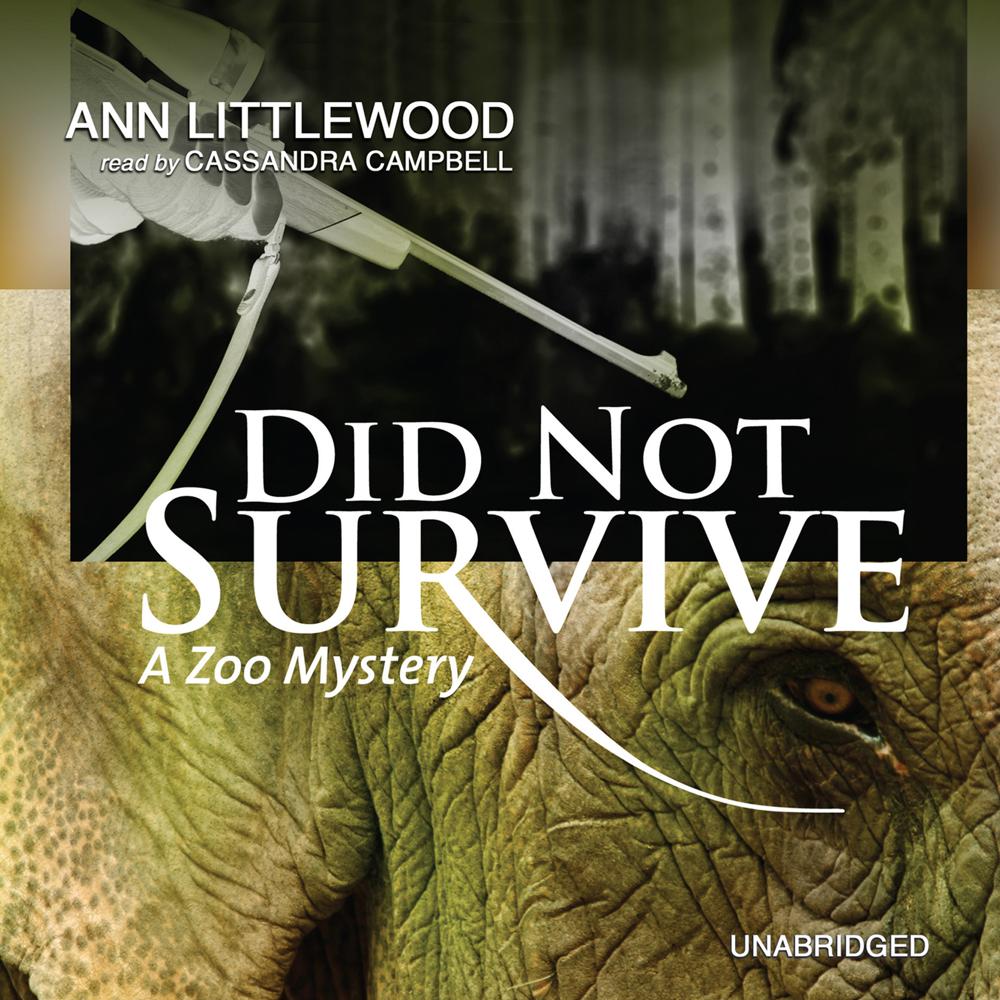 Iris Oakley, pregnant and still recovering from her husband’s murder, wants only to carry on as a keeper at Finley Memorial Zoo in Vancouver, Washington. But she is confronted with a terrifying situation: alone and with no elephant expertise, she must rescue her boss, Kevin Wallace, from being mauled by a zoo elephant. Though she gets him to safety, he dies of his injuries. No one understands why reliable old Damrey attacked the foreman, and as the zoo staff descends into anxiety and animosity, the welfare of the animals is threatened. Rattled coworkers nominate Iris to find out what’s going on. Despite the distraction of trying to construct her new life as a single mother, Iris investigates. She finds a surprising number of motives to kill the foreman, but Damrey, the elephant, doesn’t have one. Iris discovers that the elephant keepers are locked in a bitter feud, the new veterinarian is keeping secrets, and an old flame still hates Wallace. Meanwhile, animal-rights activists are picketing to have the zoo elephants sent to a sanctuary, a better option for them than even the improved exhibit that is on the drawing board. And why isn’t that exhibit under construction as planned? A new foreman shows up with alarming ideas, the police keep dropping by, and now animals are disappearing into thin air.

“Fascinating details of zoo life...Man again proves to be the most dangerous animal, and Iris needs all her cunning to discover the rogue behind the violence in a follow-up that should win Littlewood more fans.”

“This is Littlewoods second Zoo Mystery and it is a fun quick read that entertains. What more could you ask for?”