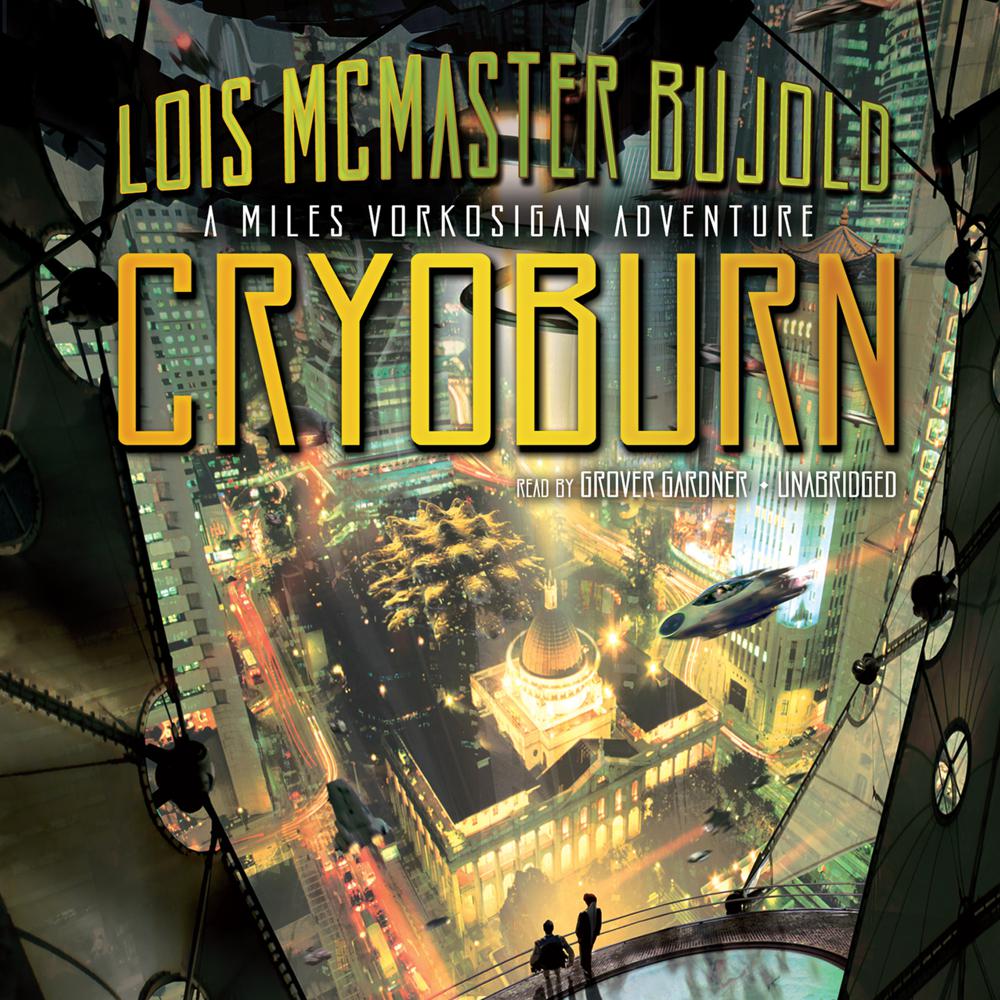 Kibou-daini is a planet obsessed with cheating death. Barrayaran Imperial Auditor Miles Vorkosigan can hardly disapprove—he’s been cheating death his whole life, on the theory that turnabout is fair play. But when a Kibou-daini cryocorp—an immortal company whose job it is to shepherd its all-too-mortal frozen patrons into an unknown future—attempts to expand its franchise into the Barrayaran Empire, Emperor Gregor dispatches his top troubleshooter, Miles, to check it out.

On Kibou-daini, Miles discovers generational conflict over money and resources is heating up, even as refugees displaced in time skew the meaning of “generation” past repair. Here he finds a young boy with a passion for pets and a dangerous secret, a Snow White trapped in an icy coffin who burns to rewrite her own tale, and a mysterious crone who is the very embodiment of the warning “Don’t mess with the secretary.” Bribery, corruption, conspiracy, kidnapping—something is rotten on Kibou-daini, and it isn’t due to power outages in the Cryocombs. And Miles is in the middle—of trouble.

“Fans have been clamoring for Hugo winner Bujold to pen a new Vorkosigan Saga novel since 2002’s Diplomatic Immunity, and they will not be disappointed by this thoughtful tale…Bujold introduces appealing characters to join familiar ones in exploring the ramifications of a planet-wide culture of postponing death, and her deft and absorbing writing easily corrals the complex plot and softens the blow of a tear-jerking conclusion.”

“Excellently done…Bujold has always excelled at creating forceful characters and she does it here again.”