There Are No Children Here
Alex Kotlowitz 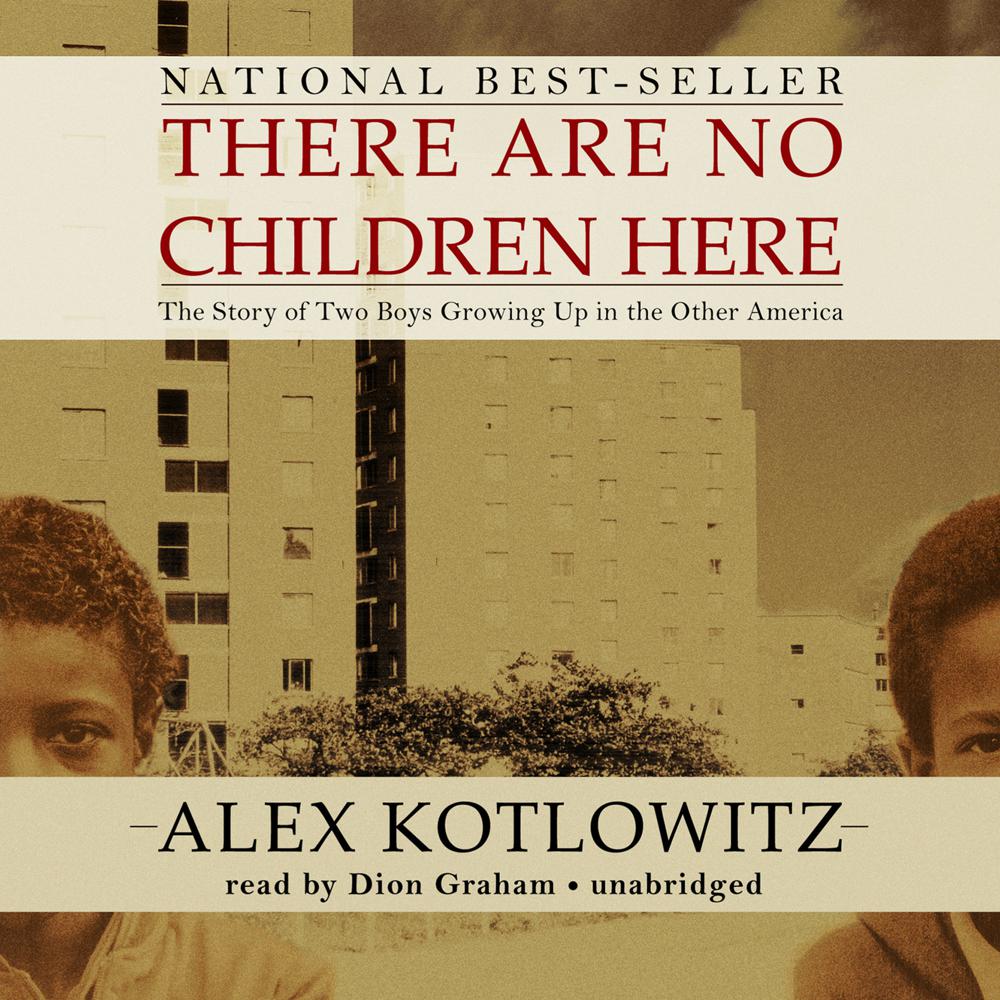 This national bestseller chronicles the true story of two brothers coming of age in the Henry Horner public housing complex in Chicago. Lafeyette and Pharoah Rivers are eleven and nine years old when the story begins in the summer of 1987. Living with their mother and six siblings, they struggle against grinding poverty, gun violence, gang influences, overzealous police officers, and overburdened and neglectful bureaucracies.

Immersed in their lives for two years, Kotlowitz brings us this classic rendering of growing up poor in America’s cities. There Are No Children Here was selected by the New York Public Library as one of the 150 most important books of the twentieth century. It was later made into a television movie for ABC, produced by and starring Oprah Winfrey.

“Alex Kotlowitz’s story informs the heart. His meticulous portrait of the two boys in a Chicago Housing project shows how much heroism is required to survive, let alone escape.”

“Kotlowitz has achieved a triumph of empathy as well as a significant feat of reporting.”

“Amid the darkness and ever-present despair, Kotlowitz beautifully captures the moments of brightness and hope.”

“Alex Kotlowitz joins the ranks of the important few writers on the subject of urban poverty.”

“The devastating story of brothers Lafayette and Pharoah Rivers, children of the Chicago ghetto, is powerfully told.”

“[A] powerful and moving book…Unless they have hearts of stone, few readers will fail to become emotionally involved with these boys, as Kotlowitz did…Highly recommended.”

“Narrator Dion Graham’s even pacing and understated intensity lend sensitivity and immediacy to Kotlowitz’s chronicle of his three years of observing the impoverished Rivers family as it struggles with poverty, drugs, gangs, and indifference. Graham’s transitions from straight narration to convincing dialogue are seamless and combine with the subject matter to grip the listener and make turning away impossible. Both author and narrator wisely avoid slipping into dramatics, letting events and participants speak for themselves. Although it’s more than twenty years old, this powerful account, sadly, is still current and will leave the listener wishing Kotlowitz had written a follow-up.”

“There Are No Children Here, the true story of brothers Lafeyette and Pharoah Rivers, ages eleven and nine at the start, brings home the horror of trying to make it in a violence-ridden public housing project…This book humanizes the problem of inner-city pathology, makes readers care about Lafeyette and Pharoah more than they may expect to, and offers a sliver of hope buried deep within a world of chaos.”

“Through his extensive research and his intimate friendship with the Rivers family, Kotlowitz paints a poignant, heartbreaking picture of life in the inner-city ghetto and the overwhelming odds children must overcome to break out of the vicious cycle of poverty and crime. A must-read for everyone.”