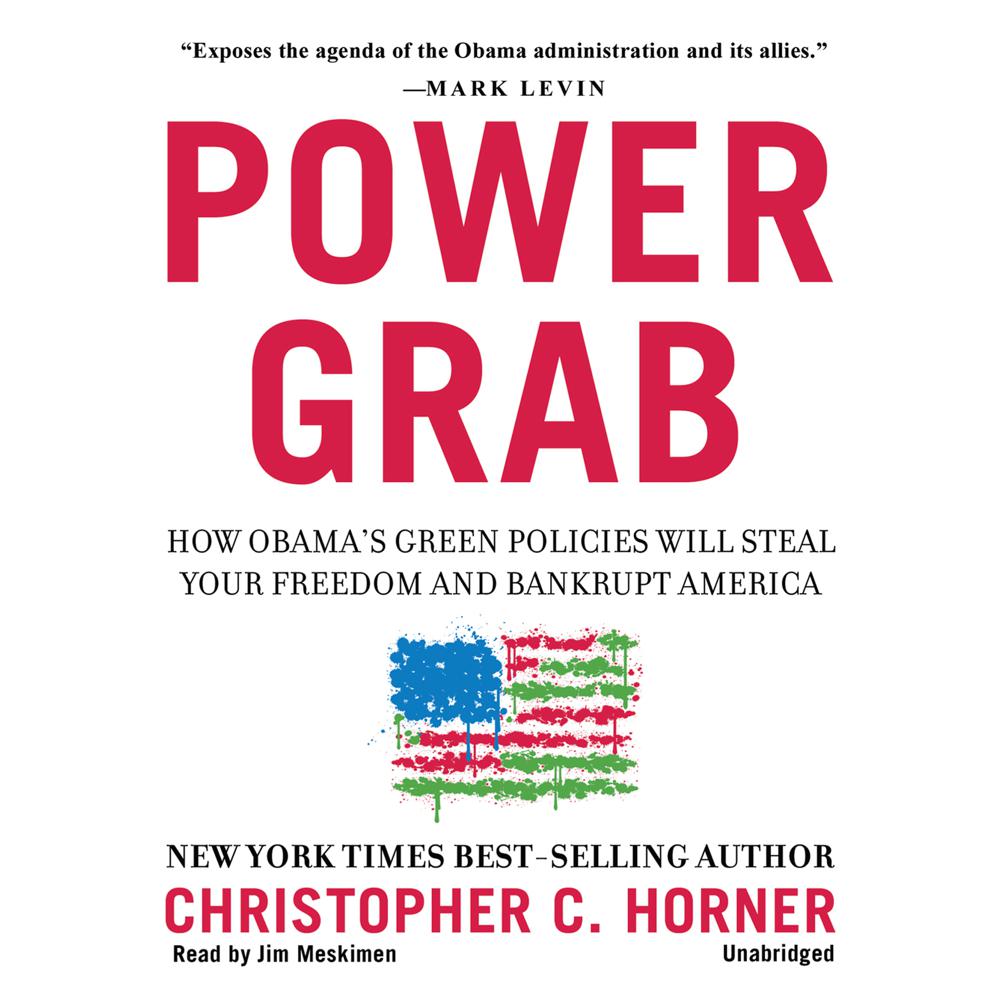 No matter how President Obama spins his proposed government policies, they all amount to the same thing: a power grab.

In his new book, Power Grab, bestselling author Christopher Horner shows how President Obama wants to take critical decisions about our energy and environment out of your hands and hand them over to politicians, extreme environmental groups, international organizations such as the United Nations, and even foreign governments.

From depressing America’s economy through onerous regulations to stripping you of your freedom through invasive “green” measures, Horner shows how Obama and the liberals in Congress don’t just want to run the government, they want to run your life—and make you, your children, and grandchildren pay for it.

“Horner shows that the green agenda isn’t so much about a clean environment as it is about redistributing income from us to them.”