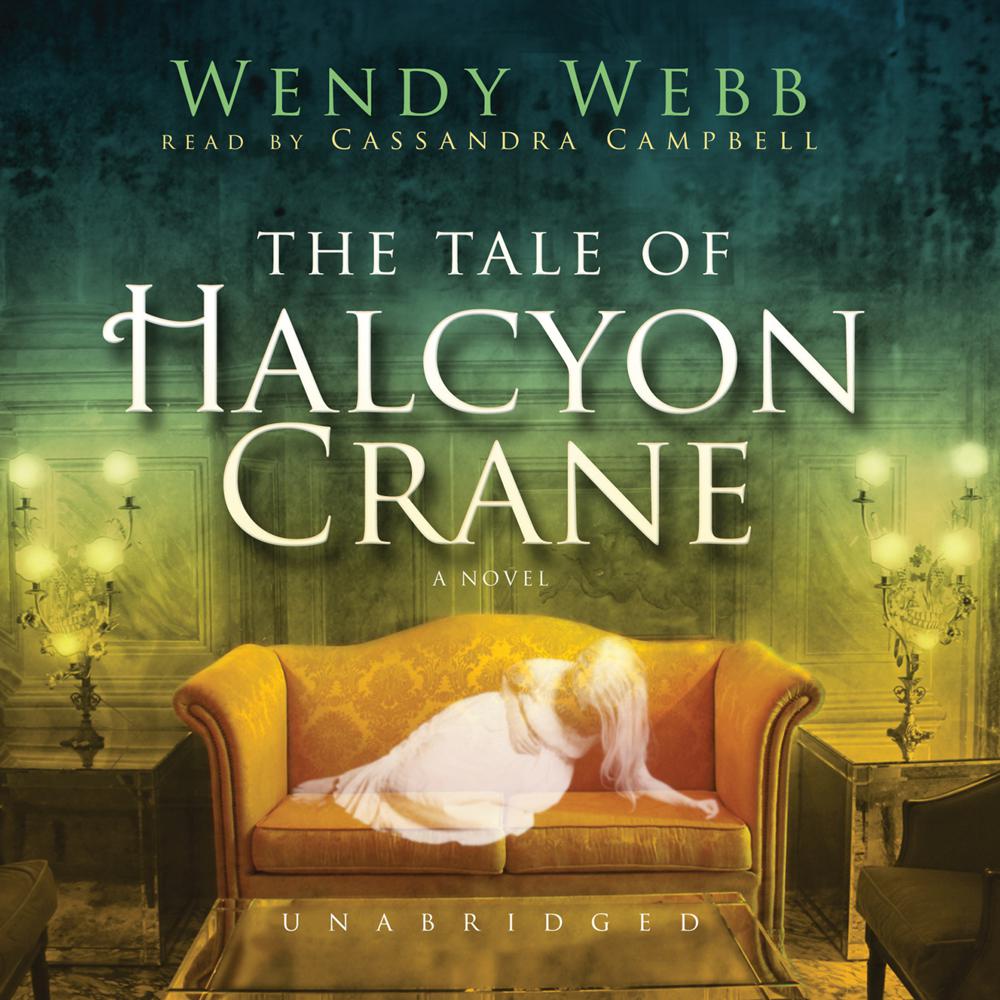 Ghosts don’t exist in our world of today; life is too pragmatic, too consuming, too busy for past lives to linger on longer than their allotted time—or so Halcyon had believed, until she received a letter from a lawyer claiming that her mother, whom she had thought long dead, had actually been living in another part of the country since Halcyon’s early childhood. She had only recently passed away, leaving Halcyon heir to an unexpected fortune and an estate on an isolated island in the middle of the Great Lakes.

Setting out to find some answers, Halcyon travels to her mother’s home. But will she be prepared for the ghastly family history that waits for her there, the visions and revelations that will change everything she thought she knew about the father she lived with and the mother she'd lost long ago?

“Entertaining to say the least. Sensational…Webb’s page-turner is a guilty pleasure best suited for a lakeside cabin's bedstand.”

“Booksellers are loving Halcyon Crane, which has been selected by three independent booksellers’ associations—national and Midwestern—as worthy of special promotion…Webb includes all the classic ghostly elements in her novel, but she gives the book a contemporary spin with a strong female protagonist.”

“Webb offers an engaging modern gothic tale with a strong female protagonist and well-done suspense. Fans of Mary Higgins Clark and Barbara Michaels and readers who like supernatural elements in their fiction will enjoy this debut.”

“Debut novelist Wendy Webb gives both Bram Stoker and Stephen King a run for their travel budget, inventing an island in the Great Lakes that can’t be matched for pristine natural beauty, richness of history, touristic amenities…and sheer supernatural terror…The novel [also] gives a more generous account of how the spirit of a beautiful place can complexly affect a human being, for both good and ill…Like those journalistic masters Dickens and Twain before her, [Webb] knows that to write good travel prose, you must give a vivid account of both the demons you find along the way and the demons you bring along with you.”

“The Tale of Halcyon Crane is a wonderful gothic complete with ghosts and witches, graveyards and dreams. It whisks the reader up and into its magic from the first page. Captivating and haunting, this debut proves Wendy Webb is a very gifted storyteller.”

“The Tale of Halcyon Crane is a wonderfully creepy gothic tale with a distinctly modern sensibility. Ms. Webb has written a hypnotic, twisting, and vividly imagined story about the terrible and lovely ways the past impacts the present and how one woman’s discovery of old family secrets reveals new truths about herself and her life.”

“An old fashioned ghost story with a contemporary twist, The Tale of Halcyon Crane has it all: an unsolved murder, mystery, family drama, a moody old house on an island, and a feisty orphan who will have you rooting for her from page one. In her debut novel, Wendy Webb weaves a complex, atmospheric tale that will remind you why you first loved reading.”