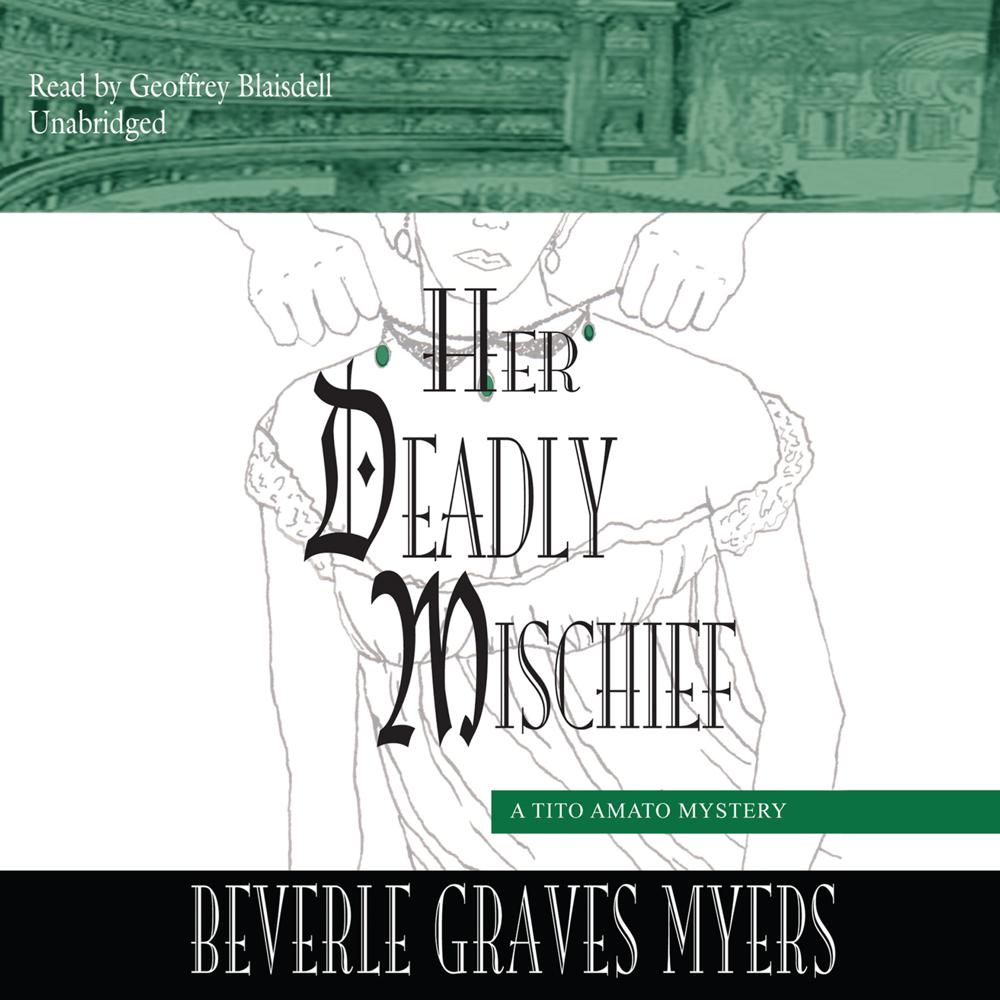 In Venice in 1742, Tito Amato is singing lead roles at the Teatro San Marco. On opening night, he has the entire audience entranced, except for one box with its scarlet curtains tightly drawn. Is this a lovers’ assignation or a meeting deep in political intrigue? Annoyed at being ignored, Tito aims the full force of his golden throat at the fourth-tier box and is astounded when the curtains part and a woman tumbles over the railing.

The victim is Zulietta Giardino, a mischievous courtesan involved with a young glassmaker. As Tito was the only one to see the masked man who pushed Zulietta to her death, the chief of Venice’s rudimentary police force requests the singer’s assistance. Did a wager over a rival courtesan’s jewels spell Zulietta’s death? Or did the motive involve sinister events in the glass factories of Murano?

“Beverle Graves Myers’s recreation of 1742 Venice is detailed, full of local atmosphere of both rich and poor…Tito’s story is narrated by professional actor Geoffrey Blaisdell, who has appeared on and off Broadway, in Broadway national tours, and in regional theater. His presentation is excellent, his accents impeccable, his female characters convincing. His seven-year-old Titolino is a chirping, winning boy. The series is highly recommended.”