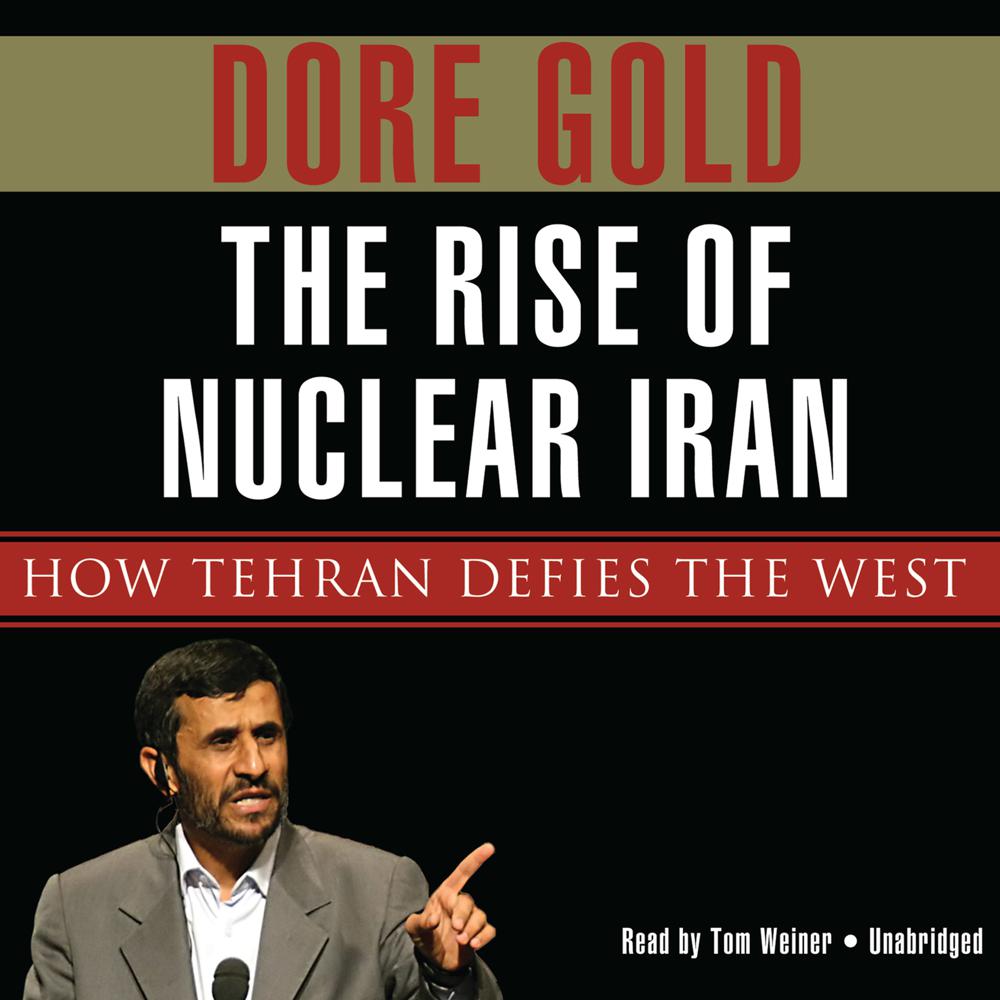 Former UN Ambassador Dore Gold shows why engaging Iran through diplomacy is not only futile but also could be deadly.

In the West, liberal politicians and pundits are calling for renewed diplomatic engagement with Iran, convinced that Tehran will respond to reason and halt its nuclear weapons program. Yet, countries have repeatedly tried diplomatic talks and utterly failed. In The Rise of Nuclear Iran, Gold examines these past failures, showing how Iran employed strategic deception and delay tactics to hide its intentions from the West. He argues that Western policymakers underestimate Iran’s hostility toward us and explains why diplomacy will continue to backfire, no matter which party or president is in power.

“Ever since the issue of Iran’s nuclear ambitions hit the headlines, the task of shaping a response to that looming threat to regional stability has been hampered by the belief that the choices available are limited to pre-emptive war or pre-emptive surrender to the Khomeinist regime. In this authoritative study, Dore Gold, one of Israel’s leading strategic thinkers, shows that other choices may be available, especially now that the regime in Tehran is facing a growing domestic opposition.”

“This timely and up-to-date volume includes a history of the conflict within Iran as well as US foreign policy towards Iran—up to and including the Obama administration. The intricacy of Iranian religious and social politics is explained in clearly defined terms, including important definitions of cultural terms necessary to understand the government and anti-government forces in the Islamic republic. Tom Weiner’s narration gives one the feeling that one is receiving a State Department briefing. His terse and stern diction is appropriate for the weighty material.”