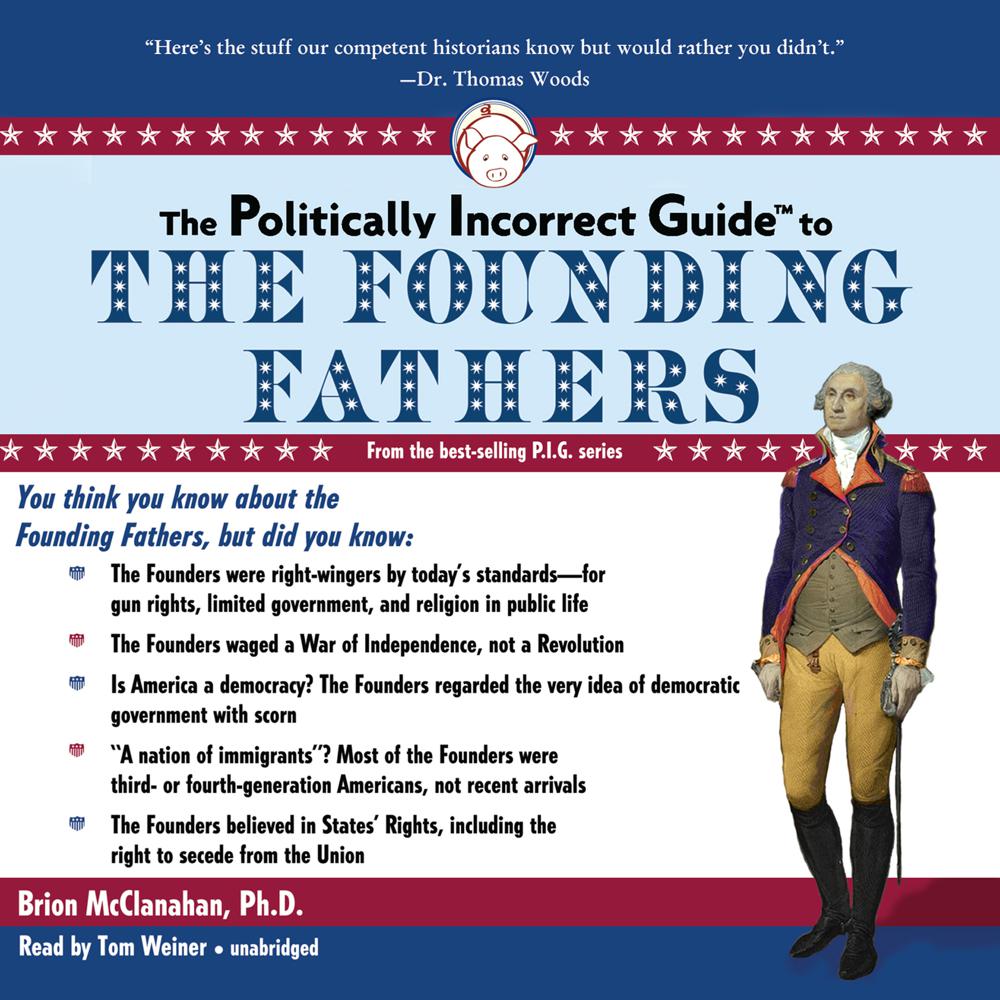 They were the greatest generation in American history. Yet how much do you really know about the Founding Fathers? And how much of what you "know" is actually myth perpetuated by leftist history professors who dismiss the Founders as wealthy, racist, sexist, dead-white-males whose principles deserve to be as dead as they are? Here to rescue the reputations of our Founding Fathers from the plague of modern political correctness isThe Politically Incorrect Guide to the Founding Fathers. Author and professor Brion McClanahan profiles Washington, Adams, Jefferson, Madison, Franklin, and other important Founders; traces the key issues of the day and shows how they dealt with them; and in the process details the Founders' deep faith, commitment to the cause of independence, impeccable character, and visionary political ideals.

Even better, The Politically Incorrect Guide to the Founding Fathers proves that the Founders had a better understanding of the problems we face today than do our own hopelessly liberal and painfully self-serving members of Congress. McClanahan shows that if you want real and relevant insights into the issues of banking, war powers, executive authority, freedom of the press, freedom of speech, freedom of religion, states' rights, gun control, judicial activism, trade, and taxes, you'd be better served reading the Founders than you would be watching congressional debates on C-SPAN or reading the New York Times.

That makes The Politically Incorrect Guide to the Founding Fathers much more than simply a restoration of a bit of our patrimony, reconnecting us with the greatest political thinkers in our history—as urgently needed as that is. McClanahan shows that it was from their debates—and their bedrock conservative principles—that we secured our liberty. He argues that only by understanding their principles will we be able to keep the freedom that Americans have cherished for generations. That makes this a vital guide to restoring a sane, sober, Constitutional sense of responsibility to today's public debates.

“McClanahan does far more than merely rehabilitate the Founders. In his devastating and relentless presentation, he reminds us, on one issue after another, how utterly opposed they were to what has since become fashionable opinion. Here’s the stuff our competent historians know but would rather you didn’t.”

“Brion McClanahan’s bang-up new book gives us the Founding Fathers as they really were, providing what intelligent readers of history want: the plain truth.”

“McClanahan presents us with a delightfully contrarian and refreshing perspective on the Founders, on that can help us rediscover their wisdom for our time.”

“The American history profession ignores or denigrates our founding fathers because they were champions of liberty and feared Big Government. Brion McClanahan’s Politically Incorrect Guide to the Founding Fathers sets the record straight and revives the true history of these great men. Every student—and teacher—in America needs to read this book.”

“Our American Founding Fathers were the leaders in the creation of a unique and noble experiment in liberty and self-government. The passage of time, the misunderstanding of superficial commentators, and misrepresentations by those pushing agendas incompatible with the Founders’ wisdom, have hidden and distorted our real history…McClanahan, one of the ablest of younger historians, has gone a long way toward uncovering who the Founders were and what they really intended.”